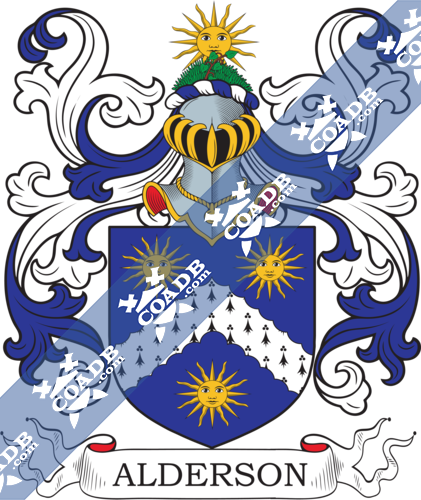 The surname Alderson first found in London and Middlesex, where the name meant ‘son of the old wise warrior’. The very first recording spelling of the family was shown to be that of Richard Aldersson, dated 1540. It was during the reign of Henry VIII, who was known as “Bluff King Hal”, dated 1509-1547.

1) (Christopher Alderson Alderson, of Homerton, Middlesex, Esq., who, by sign manual 1812, changed his patronymic Lloyd for the name of Alderson only). Ar. three saracens’ heads affronee couped at the shoulders ppr. wreathed about the temples of the first and sa. quartering az. three boars’ heads couped in pale or, for Lloyd. Crests —A dove, holding in the beak an olive branch ppr., for Alderson; and a boar’s head couped or, for Lloyd.
2) Az. a chev. engr. erm. betw. three suns in splendour ppr. Crest—Behind a mount vert, thereon a branch of alder, the sun rising ppr.
3) Ar. three chev. az. on each a cinquefoil of the field. Crest—A pillar ppr. 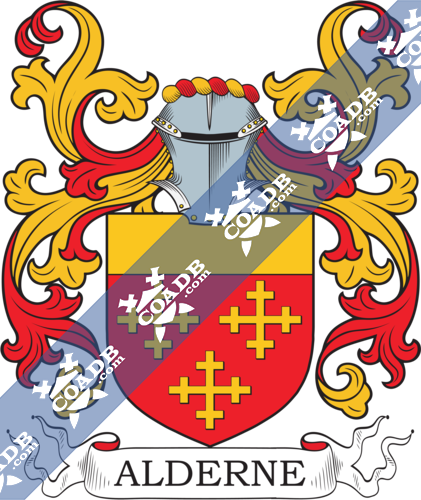 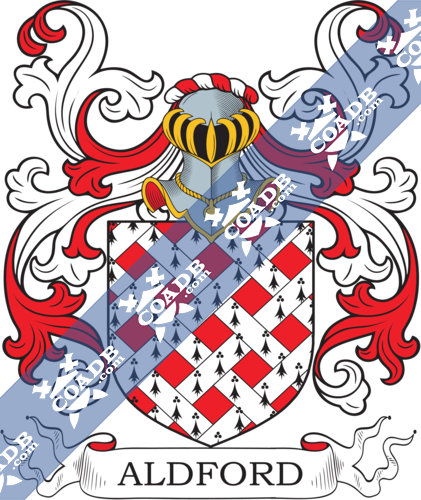