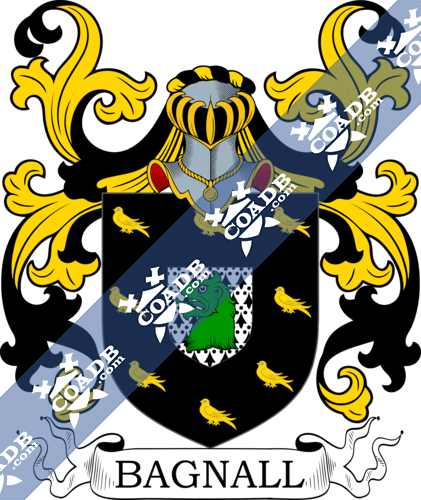 This interesting and unique surname is of Anglo-Saxon origin and is a geographical name from a place so called in Staffordshire, which was noted as “Badegenhall” in 1273, in the Assize Rolls. The place name is a combination of the Olde English particular name “Badeca, Baduca,” from a short form of the different compound names with the first component “beadu,” battle, and the Olde English “halh,” which means recess, corner. Variants of the name in the new era contain Bagnell, Bagenal, and Bagnold. The surname first showed at the end of the 13th Century, while John Bagenelle shows in the 1379 “Calendar of Letter-Books of the City of London,” and Ralph Bagnall listed in the Patent Rolls in 1561. An Irish family by the name Bagenal can traced to Sir Richard Bagenal (near the year 1586), who fled from England in 1539 after he had murdered a man in a brawl. He later was forgiven, and his ancestors rose to prominence, chiefly through weddings into some of Ireland’s leading families.

The origins of the surname Bagnall appeared in Staffordshire where people held a family seat from old times. Some say better before the invasion of Normans and the entrance of Duke William at Hastings1066 A.D.

The very first recording spelling of the family was shown to be that of William de Bagenholt, dated about 1299, in the “Assize Court Rolls of Staffordshire.” It was during the time of King Edward I, who was known to be the “The Hammer of the Scots,” dated 1272-1307. The origin of surnames during this period became a necessity with the introduction of personal taxation. It came to be known as Poll Tax in England.

Many of the people with surname Bagnall had moved to Ireland during the 17th century.

Some of the individuals with the surname Bagnall who landed in Australia in the 19th century included William Bagnall, an English prisoner from York, who was transported aboard the “Albion” in September 1826, settling in New South Wales, Australia. Thomas Bagnall arrived in South Australia in 1854 aboard the ship “Lord Raglan.”

Some of the population with the surname Bagnall who arrived in New Zealand in the 19th century included William Bagnall, Lydia Bagnall, Mary Bagnall and Ann Bagnall at the age of 9, all came to Nelson aboard the ship “Olympus” in the same year 1842.

Bill Bagnall is an American magazine publisher and manager.

Roger S. Bagnall (1947 –), is a professor of classics at Columbia University. 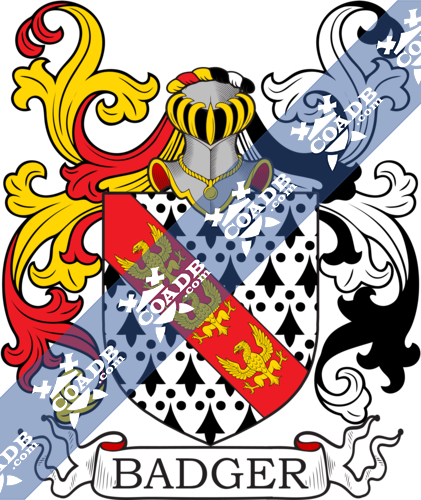