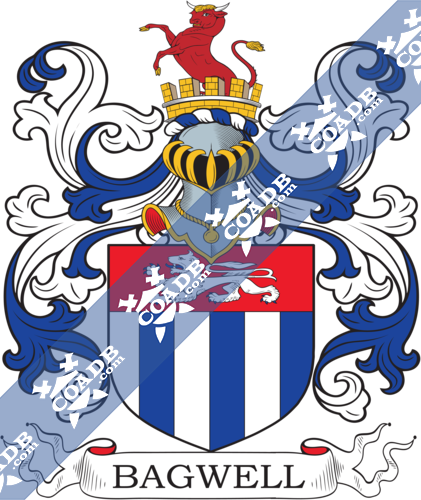 Bagwell is an English surname of habitational or geographic origin. Thought to be a derivative of the name Blackwell commonly found in Somerset which is a compound word formed from the old English word for ridge, “baec” and the word for spring or stream, “wella”. It is also thought it may be a compound word which came the medieval English “bagga” which translates to badger and “wella” which translates to spring or stream.

The variations in the spelling of the surname includes; Bagwell; Bakewell; Bakewill; Bakwell; and Balkwell among others. The variations in spelling of surnames, as well as many given names dating back to ancient times can be attributed to a lack of consistency regarding guidelines for spelling in use by the scribes who recorded such information, many of which were in the habit of spelling phonetically. The issue of multiple spellings of names in records was compounded by the diversity of languages in use in European countries at this time.

One of the earliest record of any variation of this surname is that of Edward Backwell which appears in the London tax rolls from 1263. The tax rolls, were a series of census and tax records kept by the English Treasury by order of King Edward III, with the oldest dating back to the 12th century. These documents are considered the oldest continuous set of records detailing English governance in the United Kingdom spanning a period of over seven centuries, they have proven invaluable to researches over the years.

Worldwide, the highest concentration of people with the surname Bagwell are found in the United States, the United Kingdom, Canada, Ireland, and New Zealand. State by state, the largest percentile of those with the surname Markham live in Alabama, Georgia, and South Carolina.

There are a number of persons of note who bear the surname such as British born, Greg Bagwell who was a senior commander in the Royal Air Force. Bagwell served as part of the allied forces in the Middle East, primarily in Libya. His last commission before he retired in 2016 was an appointment as Deputy Commander at the Royal Air Force Air Command with the rank of air marshal. For his service, Bagwell was appointed Companion of the Order of the Bath and Commander of the Order of the British Empire.

British born Phillip Bagwell was a noted and respected historian of British labor and transportation. Bagwell was the author of the National Union of Railwaymen, published in two volumes.

(Ballyloughane, Burgagery, and Marlfield, co. Tipperary). Motto—In fide et in bello fortis. Paly of six ar. and az. on a chief gu. a lion pass. of the first. Crest—Out of a mural crown a demi bull, all ppr. 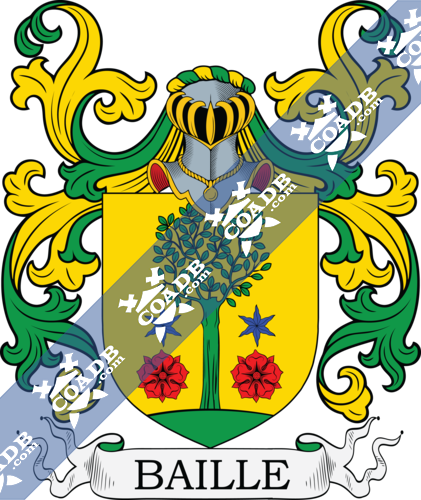