The Barley surname is of English origin. It is a regional name which is associated with different places known as Barley in Lancashire, and West Yorkshire deriving from the Ancient English before the 7th Century word “bar” which means “forest hog” also with the word “leah” which means “timber or clearing.” The surname Barley derived its form from the Ancient English in Hertfordshire byword Be(o)ra, and from the Old English word “bera” which means” bear”. It may also be a professional surname for a maker or retailer of barley-bread or cakes which derived from the ancient English “barlich, barli” or the Old English “baerlic” which means “barley.” The surname has existed since the 12th century. More recordings consist of John Barlie (1221), “The Assize Court Rolls of Warwickshire”, and John Barlich (1279) “The Hundred Rolls of Oxfordshire and Cambridgeshire”. London parish documentations contains the wedding of Thomas Barley and Elen Edwards in January 1542, at St. Leonard’s, Eastcheap, and Ellis Barley named in February 1550, at St. Lawrence Jewry and St. Mary Magdalene, Milk Street. One James and Elize Barley, moved from Belfast aboard the “Chrisan” bound for New York on May 5th, 1847.

The name Barley firstly appeared in Hertfordshire, Essex where Borley is a hamlet and civil church.

The very first recorded spelling of the family was shown to be that of John Barlebred, which was dated 1185, in the Pipe Rolls of Norfolk. It was during the time of King Henry II, who was known to be the “The Builder of Churches,” 1154 – 1189. The origin of surnames during this period became a necessity with the introduction of personal taxation. It came to be known as Poll Tax in England. Surnames all over the country began to develop, with unique and shocking spelling varieties of the original one.

Individuals with the surname Barley settled in the United States in three different centuries respectively in 17th, 18th, and 19th. Some of the people with the name Barley who settled in the United States in the 17th century included Anthony Barley and Antho Barley who settled in Virginia in the same year 1653. Elizabeth Barley settled in Barbados in 1654. Elizabeth Barley, who arrived in America in 1654 and Ann Barley landed in Maryland in 1665.

Some of the people with the name Barley who settled in the United States in the 18th century included James Barley, who landed in America in 1764.

Some of the people with the name Barley who settled in the United States in the 19th century included – John Barley at the age of 40, landed in North Carolina in 1812. O Barley, who arrived in San Francisco, California in 1850. Samuel Barley came to Philadelphia in 1859. Melchoir Barley, who arrived in West Virginia in 1861 and Henry Barley, who landed in Allegany (Allegheny) Division, Pennsylvania in 1878.

Some of the people with the name Barley who settled in the Canada in the 18th century included – Frederick Barley, who arrived in Halifax, Nova Scotia in the year 1749.

Some of the people with the name Barley who settled in the United States in the 19th century included Richard Barley, at the age of 29, was a laborer, arrived in South Australia in 1851 aboard the ship “Osceola”.

John E. Barley (born 1945), was an American politician and lawmaker.

Stephen R. Barley (born 1953), was an American organizational businessman. He was born in the year 1953.

William Barley (died 1614), was an English author retailer of books. 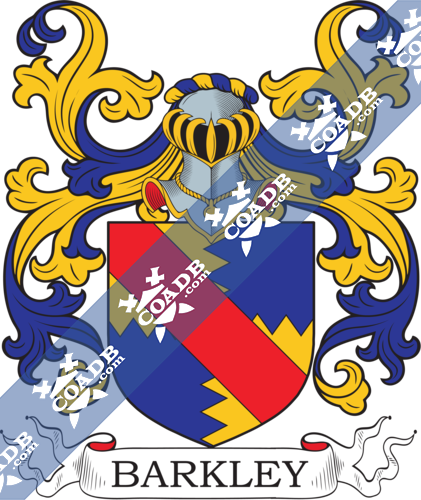