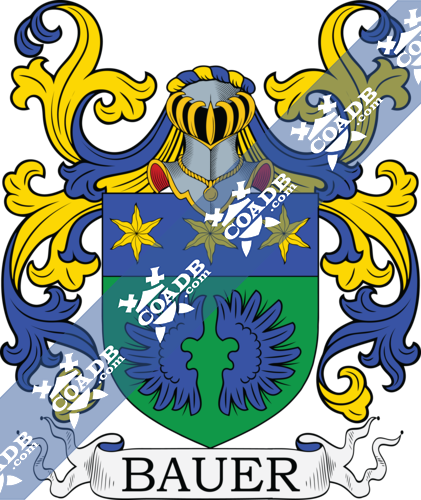 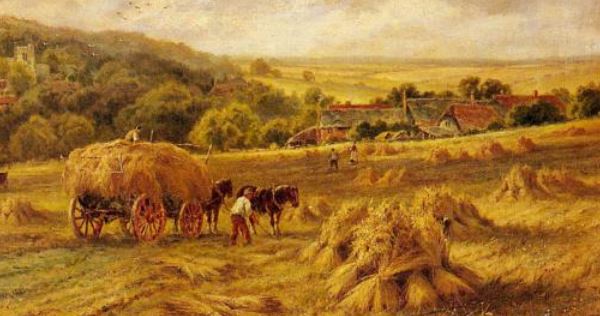 Origins, Meaning, History, & Etymology
This German, Austrian, and Danish surname means neighbor, fellow citizen, husbandmen, farmer or peasant. It comes from the Middle High German word bur, meaning the occupant of a small dwelling or house. In Old High German, the word buan means “to cultivate” or “to build”. Another source states it comes from the Old German word giburo. It is claimed that the name was first found in Austria and Denmark.

Spelling Variations:
Common spelling variants include Baur, Bauerr, Bohr, and others. The English equivalent is the surname Bower or Burr (from the Old English bur). The Swabian variants are Bauerle, Beuerle, Beyerle.

Popularity & Geographical Distribution
The last name Bauer ranked 484th in the United States according to the 2000 Census. In Germany, the surname ranked 14th in popularity in recent years. It is most prevalent in Bavaria. The name is also very prevalent in Austria, where it was ranked 3rd as of 2006. In the New World, it is common in Brazil, in addition to the United States. The name is also present in eastern Europe, such as in Slovenia, where it may be a translation of Kmet.

Early Bearers of the Last Name
The earliest known bearer of this surname was Johanne Bower of Greifswald, Germany, who was recorded in 1354 AD. A one Endres Bauer had a son named Anreas who married Ursula Meyher in 1587 in Neundorf, Germany.

Early Settlers to the New World
Some early settlers in the United States include Anna Margreet Bauer (New York 1709), Christian Bauer (1709), and Johann Christoph Bauer (Pennsylvania 1731). Some of the first people bearing this surname in Canada include John, Maria, Mergereta, and Andreas Bauer, who arrived in Nova Scotia in 1757.

Genealogy
A one Valten Bauer was born in Germany in 1435 AD. He died in 1520, but left a son, also named Valten. This Valten was born in 1460 in Neunford, Sachsen (Saxony). He had a son named Hannsen, who was born in 1485 in the same city. He was married in 1510 in Chemnitz and left the following issue: Andreas, Barthel, Hans, Toffel, Andreas, Vallentin, and Michael. Andreas Bauer was born in 1526. He left a son named Bernhard, who was born in 1534 in Baden-Wuerttemberg. He married Maria Agnes and they left the following children: Jacob, Agnes, Bernhard, Barbarba, Katherine, and Melchoir. His son Bernhard was born in 1574 in Dettenhausen. He married Regina Scheidle in 1601 and later Margaretha Loeffler in 1627. He had the following issue: Georg, Johannes, Margaretha, Regina, Melchoir, Agnes, Anne, Bernhard, and Martin. His son Melchoir was born in 1613 in Breitenstein, Germany and married Anna Stengel in 1632. Together they had several issue: Johann Adam, Bernhard, Anna, Johannes, and Woern. His son Johann Adam Bauer, also spelled Beyer, married Anna Maria Fuhrs Wiullheit and had numerous issue with her: Blasius Beyer, Christopher Beyer, Samuel Beyer, Anna Barbara Beyer, and Anna Klara Beyer.

William Bauer Sr. was born in Saxony German in 1820. He married Anna K. Rau and left the following issue with her prior to his death in 1909 in New York: William Jr., Henry, John, Benjamin, Frieda, Anne, Emil, Albert, and George. His son William Jr. was born in 1848 in New York and married Cornelia McKenzie in 1873. They had the following children: Anna, Emma, Charles, and May.

Arthur W. Bauer was born in 1893 in Wisconsin. He married Emilie Dombeck and they had two children together: Dorothy and Arthur L.

Notables
There are numerous famous people bearing this surname, including, but not limited to: 1) Bruno Bauer (1809-1882) who was a German historian and philosopher who was a radical Rationalist, 2) Eddie Bauer (1899-1986) who was an American outdfoorsman, author, and businessman who founded a famous clothing brand, 3) Harold Bauer (1873-1951) who was a famous English pianist, and 4) Gustav Conrad Bauer (1820-1906) who was a German mathematician. 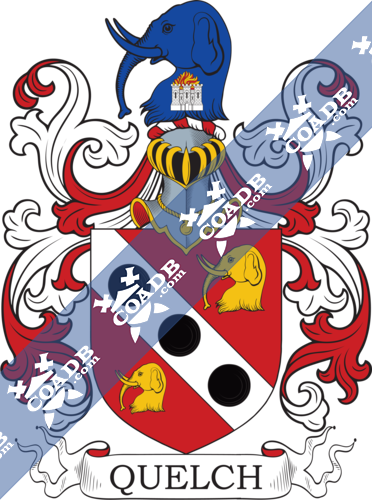 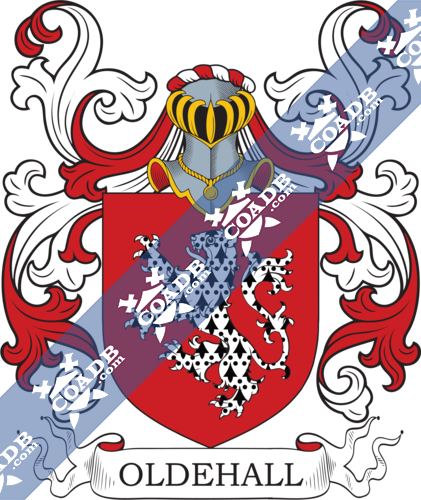