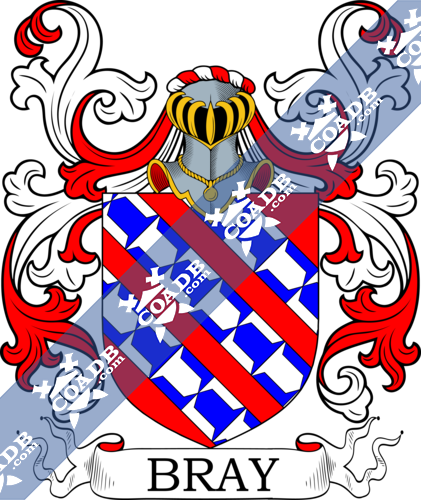 The surname of Bray has four possible origin sources. The first of these sources is of the Anglo-Saxon origin, “Brai,” which is a locational surname that was recorded in the Doomsday Book of 1086. The Doomsday Book recorded the “Great Survey” of England. This locational name is thought to come from the villages names East Berkshire or Devonshire, and named after the Old English pre 7th Century word “breg” (or the Welsh, Cornish “bre”) both of which mean hill. This name may also have been derived from the nickname of a great and noble bearing individual, from the Cornish “bregh” which means fine, or brave. Thirdly, the surname of Bray may possibly be derived from the Scottish locations named Brae, which also means hill. Finally, the fourth possible origin of the surname Bray is from an Irish origin. The Old Gaelic “O’Breaghdha” which was used to name a native person from Bregia (an ancient territory in the County Meath). Out of the four possible origins for the surname of Bray, three of these possibilities have to do with the location, these types of surnames are referred to as “habitat” surnames.

The first recorded spelling of the surname Bray, was recorded as Alnod De Braio, who was noted in the Doomsday Book of 1086 for Devonshire, which was under the rule of King William I, who was known as “William the Conqueror” and ruled from the year 1066 to the year 1087. There are more people with the surname of Bray in the counties of Yorkshire, Lancashire, Lincolnshire, Cornwall, Somerset, Devon, Leicestershire, and the city of London, than other places throughout England.

The surname was brought into Ireland after being introduced during the Norman invastion of 1066. Bray is also the anglicized version of the Gaelic surname, O’Breaghda sept name. The name was used to describe a person from the Bregia area. Bregia is of County Meath. Bree is also an Irish variant of the surname.

During the European Migration, when European citizens were fed up with their government, they emigrated to search for a better life—one filled with better jobs, living conditions, and religious freedom. Many of these people landed in the United States of America, which at that time was called the New World. The earliest families bearing the surname of Bray, settled in the colonies and states of Massachusetts, New York, Maine, Kentucky, New Jersey, North Carolina, Tennessee, Virginia, Georgia, and Pennsylvania. The first settlers with the Bray surname who were recorded in the United States were Mrs. Bray, who settled in the state of Virginia in 1622, John Bray, who settled in Maine in the year 1630, and Henry and Nicholas Bray, who settled in Virginia in the year of 1652.

Curtis Bray (1970-2014) who was both a college football coach and player in America, and was the first-ever defensive player to with the Gatorade National High School Football Player of the Year Award

Stephen Bray (born in 1956) who was a songwriter, record producer, and drummer from America

Alan Bray (born in 1956) who is a painter from America

Robert Thomas Bray, who had been an Adjutant General of the Rhode Island National Guard since 2006

Mr. Clarence Bray, who was a Petty Officer in Great Britain, who survived the sinking of the HMS Repulse

Mr. William George Bray, who sailed into battle on the HMS Prince of Wales and survived the sinking, was also a British Yeoman of Signals

Mr. Stewart Bray, who was a British Ordinary Seaman, and survived the sinking of the HMS Prince of Wales 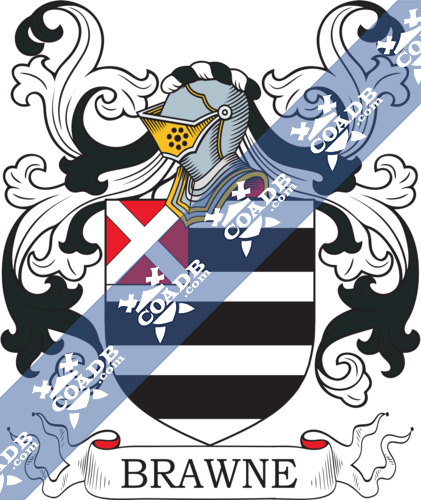 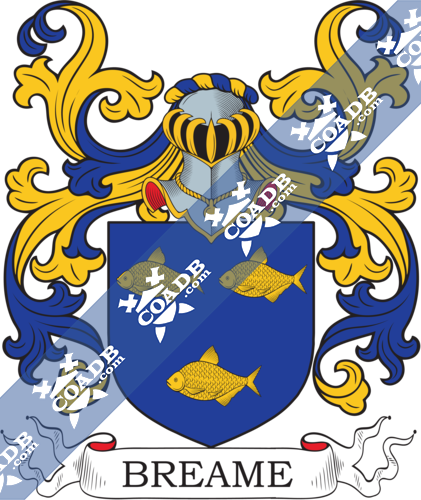