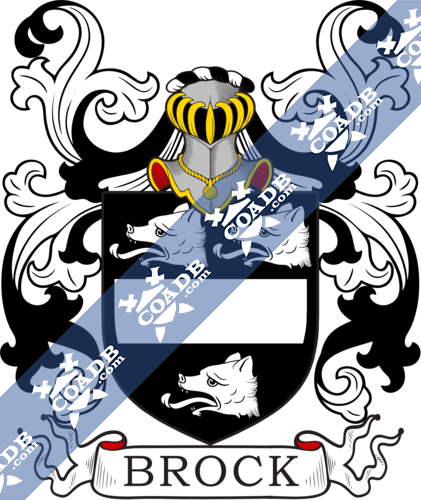 The first recorded spelling of the surname of Brock was found in the country of England in the year of 1222. This person, who was recorded to bear the name Joel le Broc, was mentioned and recorded in the document referred to as the Calendar of Patent Rolls of Essex. This document was ordered, written, and decreed under the reign of King Henry III, who was known as “The Frenchman” and ruled from the year of 1216 to the year 1272. Other mentions of the surname of Brock that were found in the country of England included Richard Brock, who was mentioned in the Subsidy Rolls of Worcestershire in the year 1275, and Daniel de Lisle Brock was the baliff of Guernsey and represented the interests of the island in London, and lived from the year 1762 to the year 1842. Those who bear the surname of England can be found in the southwest counties of Cornwall, Devon, Somerset, and into the country of Wales, as represented in the county of Glamorgan.

Those who bear the surname of Brock can be found in the lower central region of the country.

The European Migration was a movement of people from the European countries who left their homeland in search of a better life. Many of these people went to the United States of America, which at that time was referred to as The New World or The Colonies, because this new land promised the freedoms that they were so hoping for. Those who bear the surname of Brock can be found in Texas, Georgia, South Carolina, New York, Ohio, Missouri, Indiana, Kentucky, Alabama, Tennessee, Illinois and Missouri.

William Emerson “Bill” Brock III (born in 1930) who was a politician from America. He was also a resident of Tennessee and became a U.S. Senator for the state from the year 1971 to the year 1977

William H. Brock (born in 1936) who was a Professor of Chemistry at the University of Leicester

Sir Russell Claude Brock (1903-1980) who was surgeon from England, and was known as the Lord Brock of Wimbledon, and who was a pioneer of the open-heart surgery

Charles Edmund Brock (1870-1938) who was a line artist from England, and a book illustrator

Tony Brock (born in 1954) who was a British drummer

Sir Thomas Brock (1847-1922) who was a British sculptor who created the Queen Victoria Monument. The sculpture was placed in front of Buckingham Palace

Sir Isaac Brock (1769-1812) who was killed in the Battle of Queentston Heights, Niagara Falls. He was the Major-Geneneral and administrator in the army.

1) (Cheshire, granted 3 Sept., 1580). Sa. a fesse humettee, betw. three bears’ heads erased ar.
2) (Saltwood, co. Kent). Ar. on a bend sa. a lure or.
3) (Guernsey). Gu. a fleur-de-lis ar., on a chief of the second a lion pass. guard. of the first. Crest—An escallop or.
4) (granted to Sir Isaac Brock, of Guernsey, 15 Feb., 1813). Gu. an eagle displ. or, on a chief embattled ar. a lion pass. guard. of the field. Crest—Out of a mural crown ar. a demi Canadian Indian, the dexter hand supporting a tomahawk erect ppr. Motto—Canada. Supporters— Dexter, a grenadier of the 49th regiment of foot; sinister, a soldier of the same, both armed and habited ppr.
5) Az. a fieur-de-lis or, on a chief ar. a lion pass.
6) Ar. on a chev. engr. betw. three boars’ heads couped sa. an. annulet or.
7) Ar. three brocks ppr.
8) Chequy ar. and sa.
9) (Clutton-Brock, Pensax Court, co. Worcester. Thomas Henry Clotton-Brock, Esq., of Pensax, was son of Col. Thomas Clutton, Worcester Militia, who took the additional name and arms of Brock in 1809). Quarterly, 1st and 4th, gu., three trefoils, slipped, or; on a chief, ar., a lion, pass. guard. of the field, for Brock; 2nd and 3rd, ar., a chev. erm. between three annulets gu., for Clutton. Crest—A demi lion, guard., gu., on the body a chev. or, charged with three trefoils slipped vert holding betw. his paws an arrow gold, barbed and feathered ar., for Brock; an owl on a myrtle branch, ppr., for Clutton. 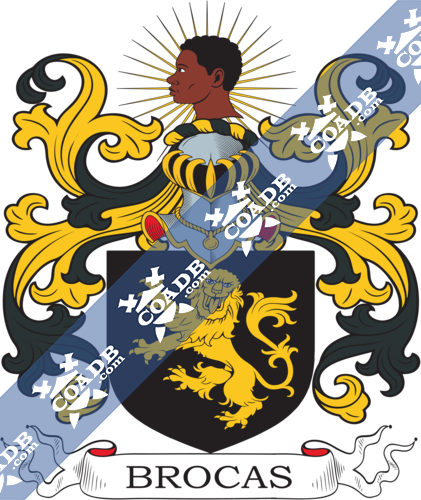 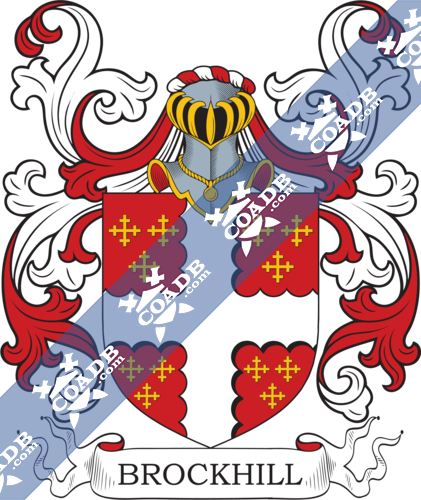