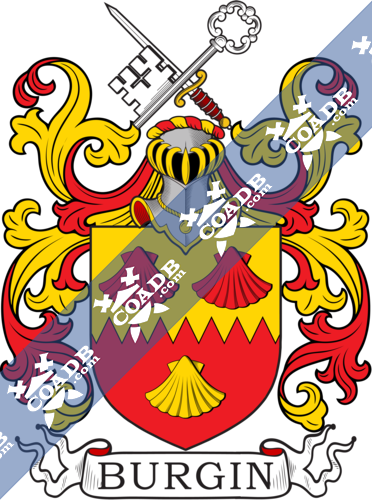 Listed in many spellings including Burgoin, Burgoyne, Burgan, Burgen, Burgin, Burgwin, Burgwyn, Burgyn, and others, it is of French origins and locational.  It acquires from the place name Burgandy and shows a person from that region.  First introduced into England in 1066 by supporters of Duke William of Normandy, later to be known to history as “William, the Champion”. More common variations are: Burgine, Bourgin, Burygin, Buergin, Buragin, Burgina, Burigin, Burgien, Burgion, Bourgein.

The surname Burgin first appeared in Devon, where they held a family seat after the Norman Invasion of England in the 11th century. The name originated in the region of Burgundy in France. Some of the people with the name Burgin who arrived in the United States in the 17th century included Phil Burgin, who arrived in Maryland in 1677.

Notes: None. Blazon: Per fesse indented or and gules three escallops counterchanged. Crest—A sword and key in saltire. 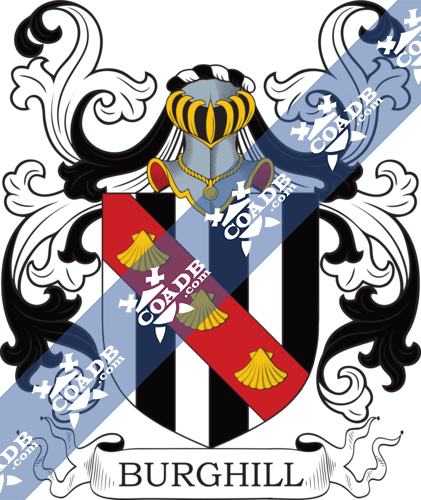 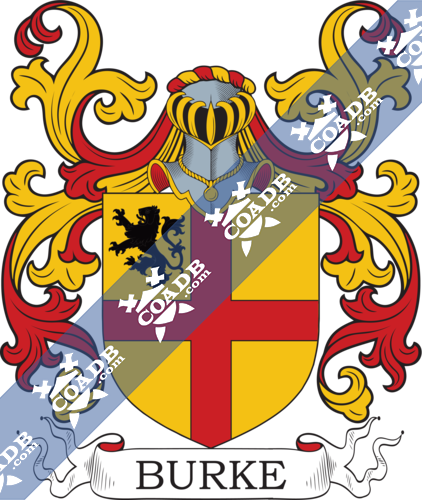