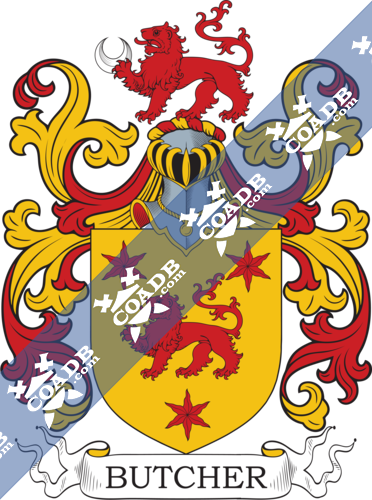 Surname Name Meaning, Origin, and Etymology
This surname has three origin theories. First, it is an occupational surname meaning “the butcher”, a person who slaughtered slaughters animals, deriving from the Old French bocher or Middle English bocher. The two most common animals butchered were bucks (male goats, deriving from the Old High German bocch, with goat’s flesh being a common food on the European continent during the Middle Ages)  and rams (from the Old French word bouc). This occupation was extremely important in medieval times. A second, alternative theory, is that this is a locational name for a family who lived in the area of Boursieres, a town in eastern France. Third, it may have developed as a nickname for a blood thirsty person, or a title of honor bestowed upon great warriors in battle in France. It is said the name came from France to England during the Norman Conquest in 1066 AD, and the Butcher family first held land and titles in Salop, Shropshire. Previously, they held lands in ancient Burgundy. 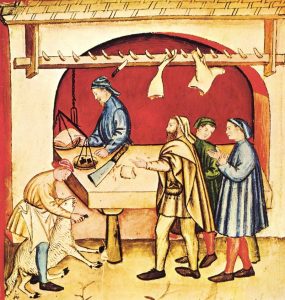 Early Bearers of the Surname
The earliest known bearer of this surname was Ailwardus le Bochere who was documented in the Pipe Rolls of London in 1184 AD. Richard le Bucher was documented in the Feet Fines of Essex in 1240 AD. The Hundred Rolls of 1273 AD, a census of Wales and England, known in Latin as Rotuli Hundredorum lists three bearers of this surname: William le Bocer (Salop), Baudechon (London), and Simon le Bucher (Norfolk). William Bochier was documented in the Subsidy Rolls of Sussex in1327 AD. The Subsidy Rolls of 1332 AD in Lancashire lists two bearers: Alan le Boucher and Thomas le Bouker. A one Michael le Bucher was documented in the Excerpta e Rotulis Finium in Turri Londinensi. An early marriage involving this surname was Jonathan Butcher to Mary Ellen Dosset at St. George’s Hanover Square in London, England in 1794. In Scotland, Gilbert Boutcheour, tenant in Craignathro, Angus, was assaulted in 1590 AD, and Robert Boutcher and Richard Boutcher are also mentioned around the same time.

History, Genealogy, and Ancestry
The famous genealogist Bernard Burke’s books “The Landed Gentry” and “Peerage and Knights” does not discuss this family.

John Butcher was born between 1555 and 1615. He married Annis Adkins and had a daughter with her was named Alice Allis Butcher.

Early American and New World Settlers
Early settlers in colonial America bearing this name include Francis Butcher (Virginia 1623), Mary Butcher (1643), and John Butcher (1786). John Butcher came to Virginia aboard the True Friendship in 1679. Richard, son of John and Mary Butcher, was baptized in the parish of St. Michael in Barbados in 1678. In Australia, one of the first bearers of this name was William Butcher, a convict from Lancaster, England who arrived in April 1820 aboard the Agamemnon and settled in New South Wales (then a penal colony). In New Zealand, a one J Butcher came to the city of Wellington in 1860 aboard the Wild Duck. 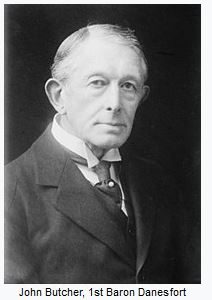 Charles Bolton’s American Armory (1927) contains one entry for this surname: Vert an elephant [arg?] and on an inescutcheon arg a chev bet 3 griffins’ heads erased sa (Cotton?). Crest: a branch of a cotton tree fruited. Motto: Be steady. Bookplate Robert Butcher. Crozier’s General Armory (1904) and Matthew’s American Armoury (1907) and do not contain entries for this surname.

Mottoes
The Butcher family motto is “Be steady”.

Grantees
We have two coats of arms for the Butcher surname depicted here. These two blazons are from Bernard Burke’s book The General Armory of England, Ireland, and Scotland, which was published in 1848. The bottom of this page contains the blazons, and in many instances contains some historical, geographical, and genealogical about where coat of arms was found and who bore it.

Notables
There are hundreds of notable people with the Butcher surname. This page will mention a handful. Famous people with this last name include: 1) Alan Raymond Butcher (1954) who was an English cricket player born in Croydon who played for Surrey and Glamorgan, a member of a prominent family known in the sport, 2) Samuel Henry Butcher (1850-1910) who was an Anglo-Irish classical scholar and politician born in Dublin, 3) John George Butcher, 1st Baron Danesfort (1853-1935) was a British barrister and Conservative Party politician, 4) William James Burchell Butcher (1858-1944) was an Australian politician who was a Member of the Western Australian Legislative Assembly for 12 years who was born in Richmond, Tasmania, 5) Bilinda Jayne Butcher (1961) who is an English singer-songwriter known for being the vocalist and guitarist for the band My Bloody Valentine, 6) Harry C. Butcher (1901-1985) who was born in Santa Barbara, California who was an Naval Aide to General Dwight D. Eisenhower, 7) John Charles Butcher (1933) who was a New Zealand mathematician known for his work on numerical methods for the solution of ordinary differential equations, 8) Vice Admiral Samuel Butcher (1770-1849) who was an officer in the British Royal Navy during the French Revolution and Napoleonic Wars who was born in Cople, England, 9) Mark Alan Butcher (1972) who was born in Croydon and was an English cricket player, and 10) Samuel Butcher (1811-1876) who was an Irish Anglican Bishop in the Church of Ireland who was born in Danesfort, County Kilkenny. 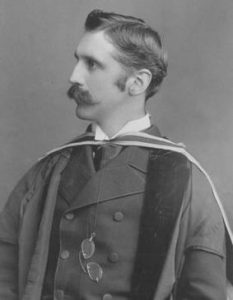 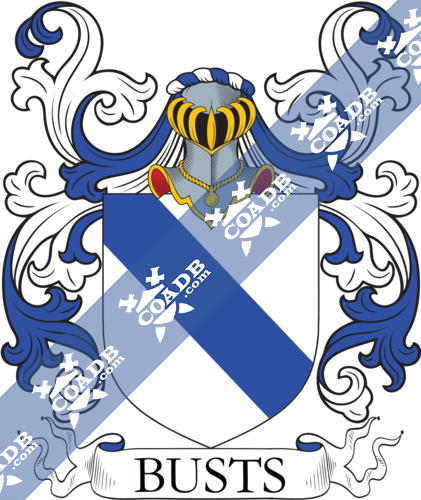 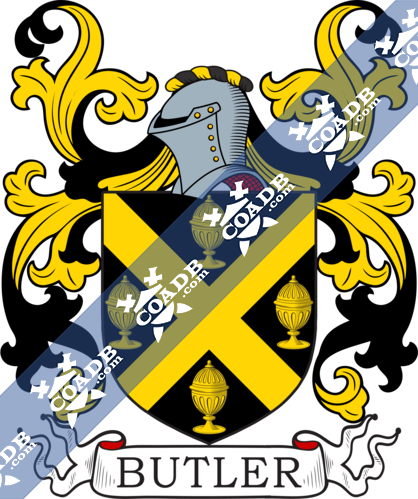