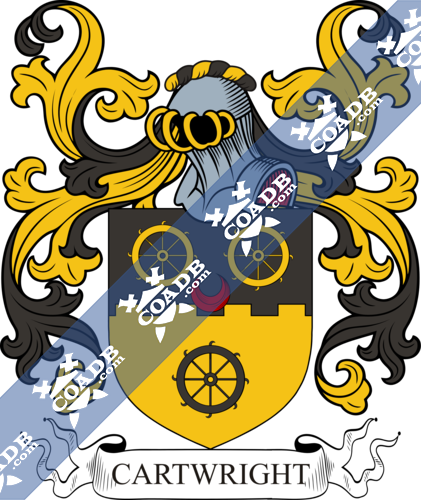 1) (Nottinghamshire and Northamptonshire; Hugh Cartwright, living temp. Henry VII., had three sons — 1) Hugh, of Norwell, ancestor of the Cartwrights, of Norwell and Marnham, whose late representative, John Cartwright, Esq., so well known as Major Cartwright, d. in 1824.: 2) Roland, ancestor of Cartwright, of Aynho, co. Northampton: and 3) Edmund, of Ossington). (Norwell and Marnham, and Ixworth Abbey, Suffolk). Erm. a fesse betw. three fireballs sa. fired ppr. Crest—A wolf’s head erased or, pierced through the neck with a spear ar. Motto—Defend the fold.
2) (South Wheatley, co. Nottingham). Ar. two chevronels betw. three lions ramp. gu.
3) (granted to William Cartwright, Esq., of Brimley House, West Teignmouth, co. Devon). Sa. a chev. engr. betw. four catherine wheels, three in chief and one in base ar. Crest—Out of a chaplet of roses gu. a dexter arm embowed in armour, the hand ppr., holding a catherine wheel also gu.
4) (Derby). Per chev. or and az. three pelicans counterchanged, vulning themselves ppr.
5) (Washborne, co. Gloucester; granted 15 James I.). Or, a fesse embattled betw. three cart-wheels sa.
6) (London). Same Arms, a martlet for diff. Crest—A griffin’s head erased or, pierced through with a lance broken in the middle, vulned gu.
7) (Scotland). Az. a comet in the dexter chief points, rays streaming in bend or.
8) Ar. on a fesse az. two catharine wheels of the first. Crest—A lion’s head ar. charged on the neck with a catharine wheel sa.
9) Ar. on a fesse engr. sa. three roses of the field.
10) (exemplified to Rev. Robert Cobb, Rector of Twaite-St.-Mary, and Ellingham, co. Norfolk, upon his taking the name of Cartwright in the place of that of Cobb, by royal license, 25 Oct., 1865). 1st and 4th, or, a fesse gu. betw. three shields sa. each charged with a bomb shell or, fired ppr., for Cartwright; 2nd and 3rd, ar. a chev. betw. three cocks, for Cobb. Crests—1st, Cartwright: A wolf’s head or, erased gu. transpierced by a broken tilting spear saltirewise ppr.; 2nd, Cobb: Out of a ducal coronet a demi tiger ar. Motto—Fuimus. 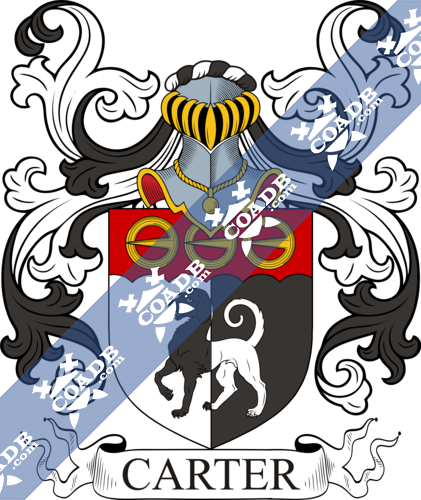 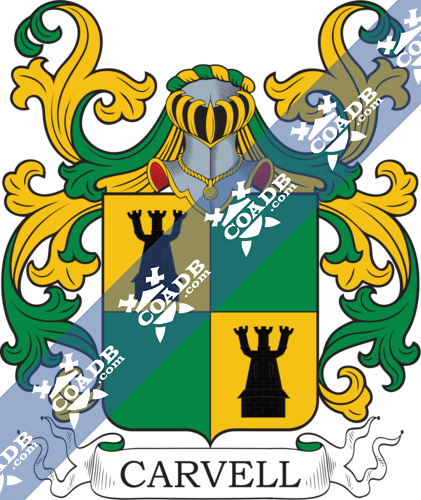