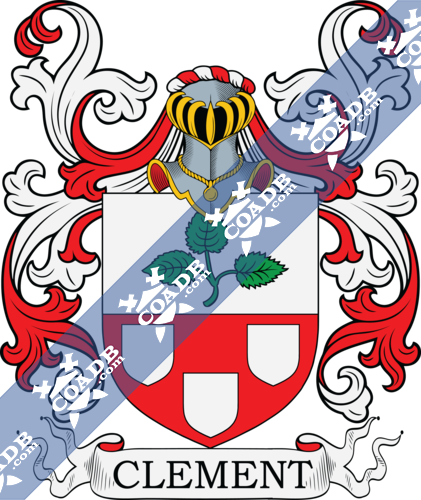 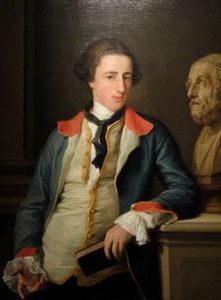 Surname Name Meaning & Origin
This is a English, Dutch, and French baptismal surname meaning “the son of Clement” or “the son of Clemence”, which comes from the Latin nickname Clem, which is a diminutive (shortened version) of Clemet or Clemmit, which was common to both sexes. It was a rate font-name in the 1800s.  The name was popularized in Medieval Europe due to the fact that it was born by an early Christian Saint that was a disciple of St. Paul: St. Clement of Rome, also known as Pope Clement I (35-99 AD). It was later than name of 14 popes. In England, the frequency of the name decreased after the Protestant Reformation, though it was revived in the 1800s.

Clement was first documented in the city of Breknock in the old Welsh petty Kingdom of Powys, which is on the border with England. The last name was brought into England during the Norman Conquest, by one bearer who arrived with a minor Norman lord Bernard de Neufmarche (1050-1125 AD), which is Anglicised as Newmarch or Newmarket. Together, they fought in Brecon, a Welsh town, and conquered the Lordship of Caron. For his service, Clement was granted bast lands at Llangorse Lake and Cathedine. Documentation existing showing these lands were given to Geoffrey Clement at Westminter by King Edward I of England in 1290 AD.

Early Bearers of the Surname
The name was first recorded as a personal name (first name): the earliest examples being a Clemens in 1153 AD in the Records of St. Benets Abbey, Norfolk, and Clemens filius Clementis, who was recorded in 1212 AD in the Curia Regis rolls for Essex. The Hundred Rolls of 1273 AD, a census of Wales and England, known in Latin as Rotuli Hundredorum, includes Eustace filius Clement of county Oxford, Hugh Clement of county Cambridgeshire, Richard Celmence in count Huntingdonshire, Matthew Clemens in county Oxfordshire, Peter filius Clem in county Salop, and Clemens Janitor in count Norfolk. The Poll Tax of Yorkshire in 1379 AD includes Johannes Clement, and Petrus Clementon. There was a Roger Clement recorded in 1468 AD in the Testamenta Eboracensia, as well as a Roger Clempson recorded in the Calendar of the Proceeding in Chancery during the reign of Queen Elizabeth I of England.

Early American and New World Settlers
The family held seat in Kent, England at the time of the Oliver Cromwell (Lord Protector), but were later banished when King Charles II (reign 1660-1685) ascended to the throne. They fled to the Netherlands, and later, Peter Clemens sailed to the New World and settled in New Amsterdam, becoming the patriarch of the family there.

Early settlers bearing this surname include 1) Abraham Clements (or Clemens) of Newbury, married Hannah Grove in 1683 and had eight children, one of whom was named Edmund, born in 1684, 2) Augustine (or Austin) Clement, from Dorchester, came from Southhampton, Engand aboard a ship named the James, from the port of London in April of 1635, and with his wife Elizabeth, had Samuel, John, and Elizabeth. Ezechell Clements left the port of London in January 1634 to emigrate to St. Christopher, Barbados. Thomas Clements came to Virginia aboard the Abraham in 1635 from the port of London. Jereme Clement and Elizabeth Clement were recorded as living in James Cittye, Virginia in February of 1623. A one William Clements was recorded in 1623 in “A list of the names of the Dead in Virginia”. Jeremy Clement was listed in the Muster of Captain Ralph Hamor in colonial Virginia. Other early settlers include Lucrece Clement (New York, 1731), Mich Clement (Pennsylvania 1738), and David Clement (New York 1803). Documented marriages involving this surname include Jacob James (born 1846) to Laura Clements in Sunbury, PA and had two children: Element and Robert. Still other documented people bearing this name include William Clements (Granville, North Carolina, 1765) and Rebecca Elements (Augusta, Virginia in 1746). 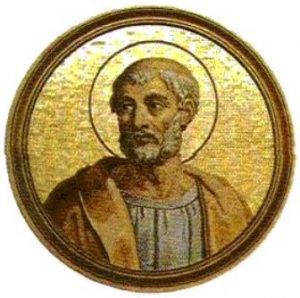 Genealogy and Ancestry
The famous genealogist Bernard Burke’s book “The Landed Gentry” discusses two branches of this family: Clements of Ashield and Clements of Rathkenny. Regarding the first family, the discussion begins with Henry Theophilius Clements of Ashfield Lodge in county Cavan, who was a Lieutenant-Colonel of the Leitrim Military and High Sheriff of the county in Cavan in 1849, born in 1820. He married Gertrude Caroline Lucy, the daughter of Reverend David F. Markham, and had with her four children: Henry John Beresford (1869), Alfred William (1871), Robert Markham (1876), and Gertrude Mary Catharine. Burke traces the lineage and ancestry back to Henry Theophilus Clements, the Lieutenant Colonel in the 69th regiment in county Leitrim, the son of Nathaniel Clements and the brother of Robert, the first Earl of Leitrim, who married Mary Webb in 1770 and had the following children with her: Harriett (William Moore Hodder) and Maria (who married Dean Keatinge). His second wife was Catherine Beresford (married in 1778) and had the following children with her: Henry John (1781-1843), John Marcus (1789), Anna Barbara (1779), and Selina (1780). He died in 1795 and was succeeded by his son, Henry John Clements, Colonel in the Leitrim Militia, who married Louisa Stewart and had the following children with her: Henry Theophilus, Elizabeth Henrietta Catherine, Selina, Louisa, Mary Isabella, and Catherine.

The second branch begins with a discussion of Theophilus Henry Clements, Esq. of Rathkenny, in county Cavan, born 1830, who was High Sheriff in 1857, and in 1861 married Emily Caroline, the daughter of William Magill, and had one child with her: Theophilus Edward (1864). His second wife was Agnes Hane, the daughter of James Stirling of Ballawley Park in county Dublin, and had the following issue with her: Arthur Upton (1876) and Alice May Gwendoline. Burke traces the lineage of this line back to Robert Clements, the M.P. for Carrickfergus in 1692, who posses large lands in Cavan and Down. He was appointed Deputy Vice-Treasurer in Ireland in 1689. He marries Miss Sandford of the Castlerea family, and had the following children with her: Theophilus, Robert, and Nathaniel. The second son Roert died in 1723 leaving a son named Theophilius Clements, whose daughter and heiress, Elizabeth Anne, married Reverend Edward Lucus, and together they had a child named Theophilus Edward Lucs. He assumed the name and arms of Clements per the will of his maternal grandfather. In 1829, he married Elizabeth Beatrice, the daughter of Reverend Shuckburgh Whitney Upton and had issue with her: Theophilus Henry (the first person mentioned above), Henry Upton, Charles John Fulk, Isabella Margaret, and Oliver Beatrice. 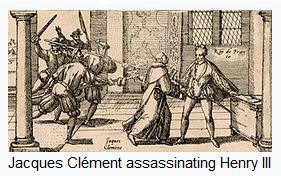 The family motto is patriis virtutibus, meaning “by hereditary virtues”.

Notables
Famous people who bore the last name include: 1) Clement of Alexandria (150-215 AD), a theologian who is considered the father of the Christian church, 2) Clement of Ireland (750-818) who was a Catholic saint from Ireland, 3) Franz Clement (1780-1842) who was an Austrian composer and friend of Beethoven, and 4) Jacques Clement (1567-1589), a Frenchmen who assassinated King Henry III of England. 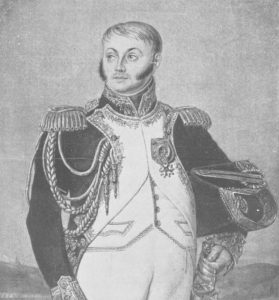 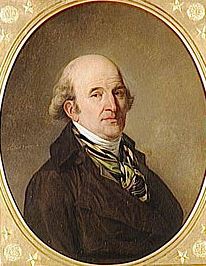 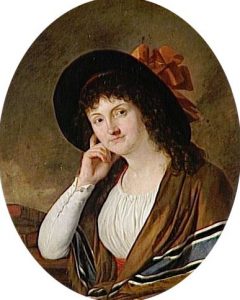 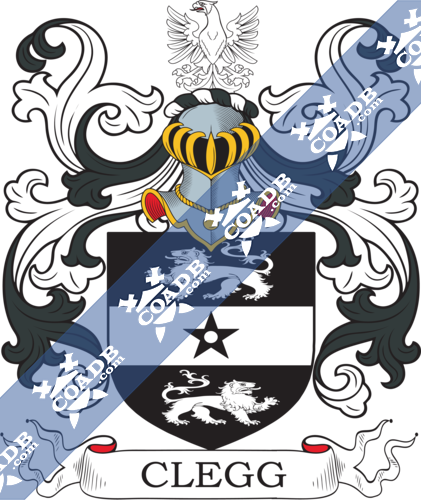 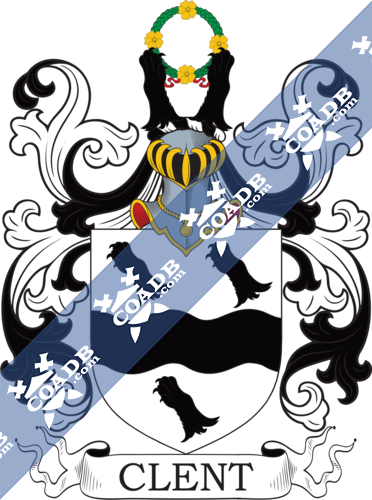