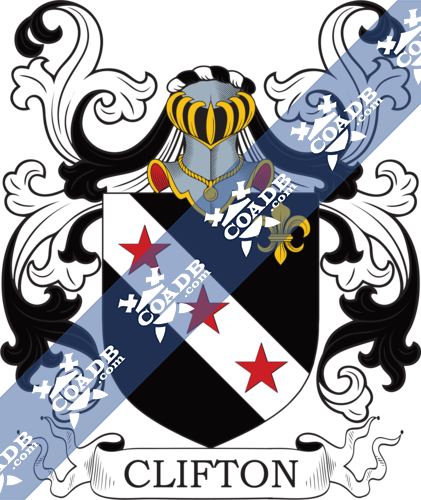 This surname is of local origin meaning “of Clifton”, parishes and diocese in Carlisle, Ely, Gloucester, Bristol, Manchester, Oxford, Ripon, Southwell, York, and several other areas. Another author claims it’s a small village in England, meaning “the town on the cliff”. The earliest recorded location bearing this name was Cliftune, recorded in 944 AD in Bedforshire. Several locations are also recorded in the Domesday Book of 1086 AD: Cliftone (Chesire), Clistune (Debyshire), and Cliptune (North Yorkshire). The etymology of the word is from the Old English words clif (slope) and run (settlement or enclosure). 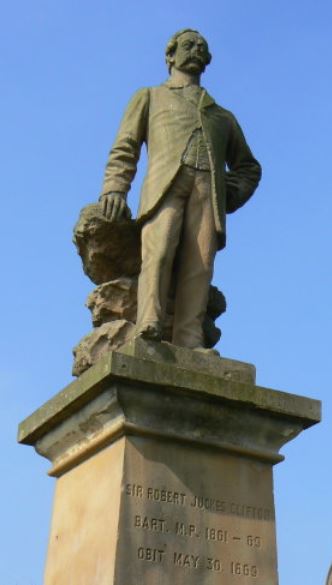 The Cliftons of Clifton, county Lancaster, have possessed that estate for more than seven centuries. This family is discussed at some length in Bernard Burke’s The Landed Gentry. The lineage of the ancient surname traces back to the village of Clifton, near Nottingham, so called from its location on an elevated plateau above a cliff of red sandstone on the banks of the river Trent. The manors of Clifton and Wilford were purchased from the family of de Rhodes during the reign of King Henry III by Sir Gervase de Clifton, to whom the purchase was confirmed by King Edward I in 1281 AD. Sir Gervase was the Sheriff of counties Nottingham and Derby in 1279 AD and was also Sheriff of Yorkshire. He married Amflicia Sampson of Epperston, and died in 1324, leaving a son: Gervase de Clifton, sometimes written de Glapton, who married Alicia Rabacy and had a son named Sir Robert de Clifton. Robert married Emma Moton and died in 1327 AD. His great grandson was Sir John de Clifton, who married Catherine Cressy of Hodsock, daughter of Sir Hugh Cressy, and acquired much land through the marriage. He was a representative in Parliament and was killed at the Battle of Shrewsbury 1403. He had children, including Sir Gervase Clifton (died 1453) who married Isabella Francis and had a successor named Robert Clfiton who married Alice Booth of Barton. He founded a college dedicated to the Holy Trinity and died in 1478. He had a son named Sir Gervase Clifton, who was Sheriff in Nottingham and Derby in 1471 and 1477. He was an Esquire of the Body to King Edward IV and was made a Knight of the Bath at the coronation of Richard III. The lengthy pedigree description in the book continued for another page of small text, and ends with Henry Robert Clifton (born 1832) who married Elizabeth MacBean who succeeded the estates of his cousin, Sir Robert Juckes Clifton.

Sir William Clifton (1663-1686), from France, was third Baronet Clifton of Clifton, Nottinghamshire, and Deputy Lieutenant of Nottinghamshire from 1683-1686. In 1685, he started a regiment which later became the 15th Regiment of Foot and later the East Yorkshire Regiment. 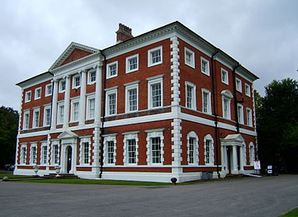 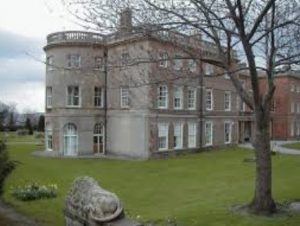 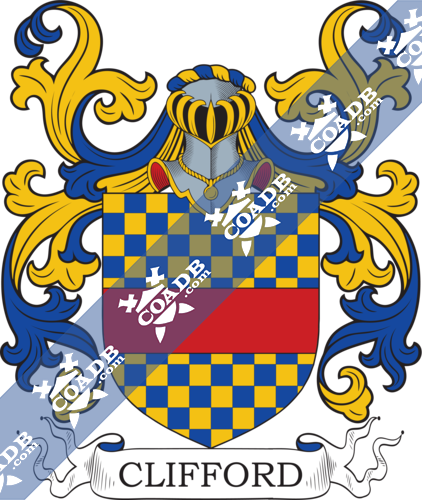 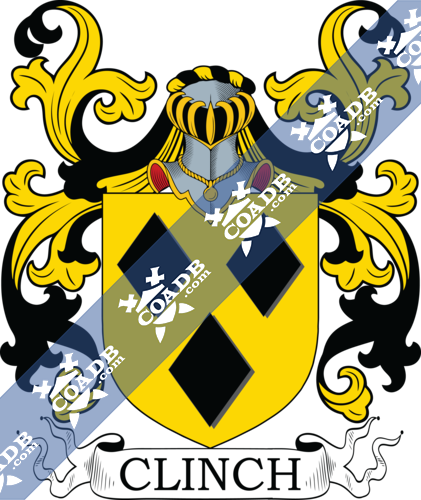