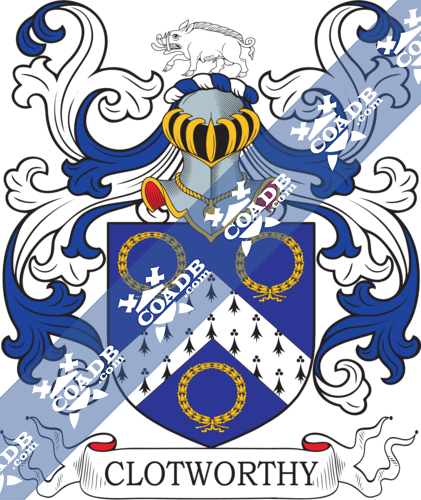 Listed as Clatworthy and Clotworthy, this is an English surname. It is locational from the village of Clatworthy near the town of Wiveliscombe, in the division of Somerset. Listed as Clateurde in the famous Domesday Book of 1086 as Clatewurth in the Fines Court Rolls of that district in 1127, and as Clatewurthy in the Assize Court Rolls of 1243, the origin is from the pre 7th-century word “clate.” It explained a rough, bristly plant, and “worth,” an area cleared for agriculture, so, “The farm where clate grew.” Locational surnames developed when old residents of a place moved somewhere else and were best recognized by the name of their mother town. This surname was first noted in the early part of the 14th Century, and early recordings from surviving church recordings contain the christening of Chenybryan Clothworthey in December 1546, at St. Margaret’s Westminster, and the christening of Anne Clatworthey in July 1587, at St. Botolph without Aldgate in the City of London. An early immigrant in the New World colonies was Mathew Clatworthy, aged twenty-five. He moved from the Port of London on the ship “Assurance” in July 1635, bound for Virginia.

The surname Clotworthy first appeared in Somerset, at Clatworthy, a hamlet and a local church in the West Somerset District which records back to the Domesday Book of 1086 when it first noted as Clateurde. By 1243, the place name had acquired to Clatewurthy, and the place name means “hamlet where burdock grows.”

The very first recording spelling of the family was shown to be that of John Clateworthy, dated about 1327, in the “Pipe Rolls of Somerset.” It was during the time of King King Edward III who was known to be the “The Father of the English Navy,” dated 1327 – 1377. The origin of surnames during this period became a necessity with the introduction of personal taxation. It came to be known as Poll Tax in England. Surnames all over the country began to develop, with unique and shocking spelling variations of the original one.

Many of the people with surname Clotworthy had moved to Ireland during the 17th century.

Some of the people with the name Clotworthy who arrived in the United States in the 19th century included John B Clotworthy, who landed in Allegany (Allegheny) County, Pennsylvania in 1866.

Robert Lynn “Bob” Clotworthy (born May 1931) is an old diver from the United States who served his native country at two consecutive Summer Olympics, starting in 1952.

1) (Clotworthy, co. Devon. Visit. 1620.) Az. a chev. erm. betw. three chaplets or. Crest—A stag’s head erased sa. attired and charged on the neck with two mullets in pale ar. pierced through the neck with an arrow or, feather and head of the second, vulned gu.
2) (Ireland). Same Arms. Crest—A boar pass. or. 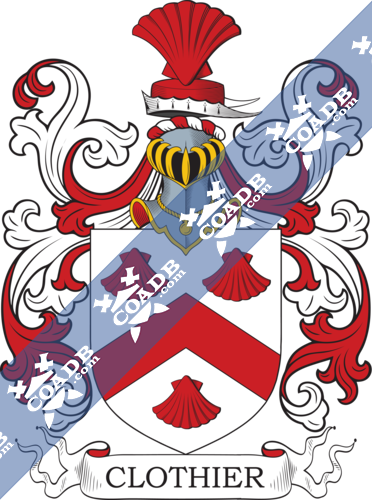 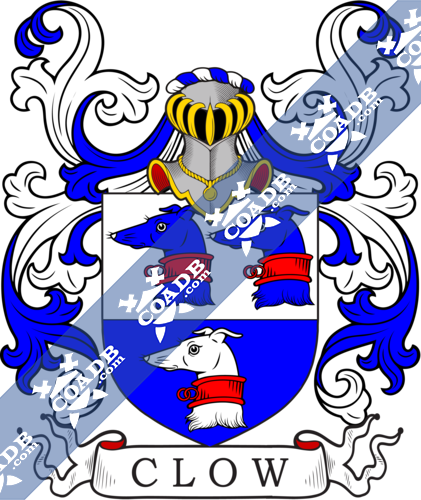