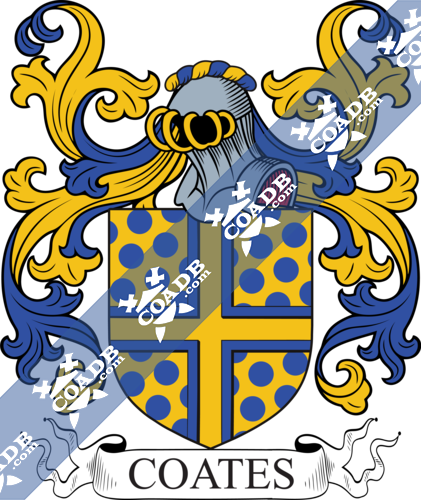 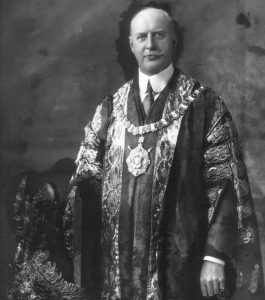 Surname Name Meaning, Origin, and Etymology
This Anglo-Saxon last name has seventh origin theories or meanings. First, it may be a topographic name for a person who lived in a humble dwelling, i.e. a cottage, from the Middle English or Old English cote, cote, cott. The term cottager referred to a person who lived in such a place. Second, it may be a locational/habitational name for a person who came from a local so named (ex. Cotes in Leicestershire, Coates in Cambridgeshire, and Cotes in Eccleshall, Stafford) Third, it could be a varied spelling of the Scottish surname Coutts. Fourth, it could be an Americanized spelling of the German/Jewish name Kotz or the German name Koths, which in turn derives from the medieval male given name Godo. Fifth, it could be a locational name for a person who lived on a shore, coast, or border, as asserted by William Arthur in his book An Etymological Dictionary of Family and Christian Names published in 1857. Sixth, it may be related to a coat of many or mixed colors worn as a fashion statement in medieval times of the Middle Ages (as somewhat suggested in Mark Antony Lower’s book English Surnames). Seventh, related to the sixth, it might be related to a sheepcote, could be related to a shepherd, who wore such coats.

Popularity & Geographic Distribution
The last name Coates ranks 1,523th in popularity in terms in the United Status as of the 2000 Census. The name ranks particularly high in the following seven states: Maryland, Virginia, Louisiana, South Carolina, Utah, Idaho, and Delaware.

Early Bearers of the Surname
The earliest known bearer of this surname was William de Cotes who was documented in the Pipe Rolls of Lincolnshire in 1190 AD. The Hundred Rolls of 1273 AD, a census of Wales and England, known in Latin as Rotuli Hundredorum lists three bearers of this surname: Egidius de Cotes in county Norfolk, Robert de Cotes in county Buckinghamshire, and Geoffrey de Cotes in county Lincolnshire. The Poll Tax of Yorkshire in 1379 AD lists three bearers of this last name: Thomas del Cotes, Johannes del Cotes, and Henricus del Cote. A Willelmus atte Cotes was documented in the same year in the Poll Tax of Howdenshire. A one Ralph atte Cote lived in county Somerset during the reign of King Edward III of England (1327-1369) according to Kirby’s Quest. An early marriage involving this last name was Susanna Coates to William Turner in London in 1625. A one Joane Coates was buried at St. Peter, Cornhill in London in 1561, as was one John Cotes in the same church in 1563. An early baptism was Miles, son of John and Ann Cottis, at St. Boloph in 1631. 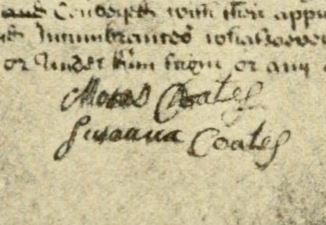 The famous genealogist Bernard Burke’s book “The Landed Gentry” discusses one branch of this family: Coates of Combe House. It begins with a mention of Edward Coates, Esquire of Combe House in county Radnor who was Justice of the Peace and High Sheriff in 1866. He was born in 1810 and in 1862, he married Mary Anne, daughter of J.S. Bannister of Weston, and had five daughters with her: Mary Victoria, Clara Anne Margaret, Constance Gwendolen, Harriet Helen Mabel, and Charlotte Virginia. Burke traces the Coates genealogy back to a family who settled in Yorkshire. Edward was the son of James Coats, Esq. who also had other children (John, James, Mary, and Charlotte). The Coates Family Crest is blazoned as follows in heraldry: Gules, a greyhound statant within an orle of roses argent, with the crest being: Upon a mount vert a greyhound couchant argent collared and lined or, resting the dexter paw on a rose gules.

Burke’s other book, Peerage and Baronetage, discusses two branches of this family: Coates of Haypark and Milnes-Coates of Helperby Hall. The first begins with a mention of Sir Frederick Gregory Lindsay Coates, the 2nd Baronet, of Haypark, of the city of Belfast, who was a Major in the Royal Tank Regiment in World War II. He was born in 1916 and he succeeded his father in 1932. In 1940, he married Joan Nugent, daughter of Major General Sir Charlton Spinks, and had three issue with her: son whose name is not known, 2) Elizabeth Anne (born 1941), and 2) Moria Louise (born 1945). Burke traces the Coates genealogy of pedigree back to Israel Coats, of the Falls, Belfast who married Grace, daughter and co-heir of Edward Harris of Belfast, who had issue. One of his issue was a son named Victor Coats who was born in 1760. He was a son names William Coates who was born in 1798 and was Justice of the Peace. He married Mary, daughter of Maurice Lindsay of Ashfield, and he had a son named David. David Lindsay Coates of Clonallon, Strandtown, Belfast who was Justice of the Peace born in 1840. In 1864, he married Sara, daughter of George Mulligan of Banbridge in county Down, and they had three children together: Sir William Frederick (1st Baronet), Harold Vivian Edmund (1874), and Annie. His son Sir William Frederick Coates, 1st Baronet was born in 1866 and he was Justice of the Peace in county Antrim, as well as Deputy Lieutenant in Belfast. He was also Lord Mayor of the city several times. In 1907, he married Elsie Millicent, daughter of Colonel F.W. Gregory, Essex Regiment, and had issue with her including Frederick Gregory Lindsay (mentioned at the beginning of the paragraph). The Coates Coat of Arms has the following heraldic blazon: Gules, a chevron cotised argent, on a chief ermine two bells or. Crest: A cock statant, wings closed, gules.

One of the earliest settlers in Canada was Thomas Coates, a merchant aged 28 years old, who came in 1834 aboard the Joseph Anderson of London and landed in Saint John, New Brunswick. One of the earliest bearers in Australia was Thomas Alfred Coates, who landed in the city of Adelaide in 1848 aboard the Hooghly. In 1840, two members of this family, James Coates and S.A. Coates, arrived in the city of Auckland, New Zealand.

Mottoes
We have identified four Coates family mottoes: Est voluntas Dei, meaning “It is the will of God” and Vigilans et audax, meaning “By valour and exertion”, Be firm (Coates of Glasgow), and Watchful and bold (Coates of Haypark). 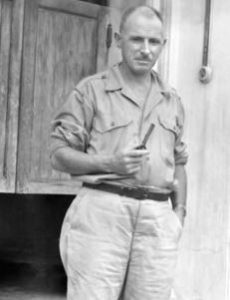 Grantees
We have four coats of arms for the Coates surname depicted here. These four blazons are from Bernard Burke’s book The General Armory of England, Ireland, and Scotland, which was published in 1848. The bottom of this page contains the blazons, and in many instances contains some historical, geographical, and genealogical about where coat of arms was found and who bore it.

Notables
There are hundreds of notable people with the Coates surname. This page will mention a handful. Famous people with this last name include: 1) Albert Coates (1882-1953) who was an English conductor and composer born in St. Petersburgh, Russia who was appointed chief conductor of the London Symphony Orchestra in 1919, 2) Sir Albert Ernest Coates (1895-1977) who was an Australian solider and surgeon who derives in World War I in Gallopoli (in Turkey) and  World War II (in Malaya), 3) Ben Terrence Coates (1969) who was a professional footballer player in the NFL who played tight end for the New England Patriots for most of his career, 4) Eric Coates (1886-1957) who was an English composer of light music from Hucknall, Nottinghamshire, 5) Florence Van Leer Earle Nicholson Coates (1850-1927) is an American poet from Philadelphia, Pennsylvania, 6) Joseph Gordon Coates (1878-1943) who was the 21st Prime Minister of New Zealand in the 1920s, 7) Sir William Coates (1866-1932) who was the 1st Baronet and an Irish stockbroker and political from the city of Belfast, 8) Melissa Coates (1971) who is a Canadian professional wrestler, bodybuilder, and actress from Thunder Bay, Ontario, who is best known for her appearances on the TV show Extreme Dodgeball, and 9) Wayne Coates who is a former member of the Ohio House of Representatives, who represented Cincinnati, Ohio area. 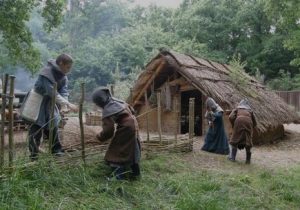 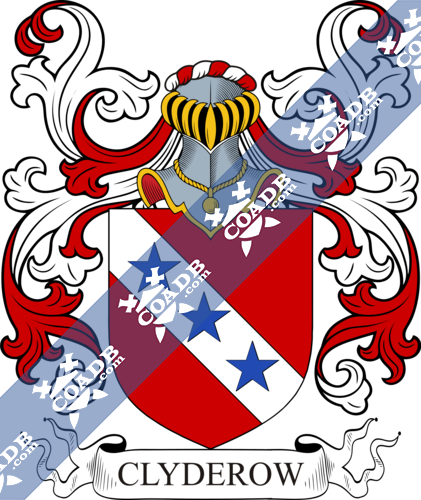 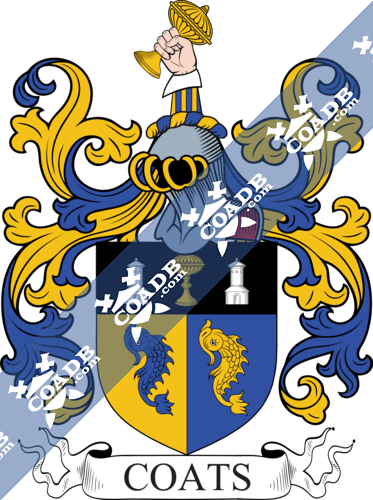