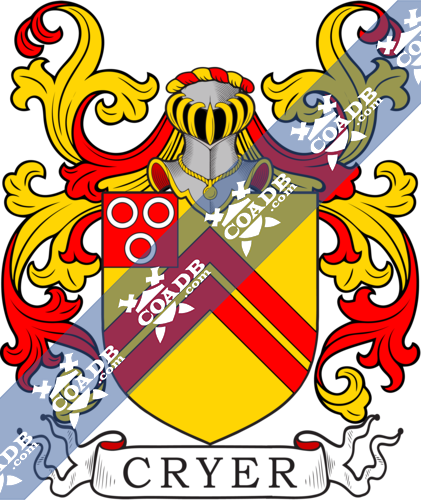 This very unusual and interesting name is of ancient French origin, brought into England by the Normans after the invasion of 1066. Cryer, and its different spellings like Crier, is a professional surname for a town informer, adviser or announcer, one who worked to make the public news or messages in a noisy voice. It was frequently a post made by the judge of the civil court. The name acquires from the ancient French and Middle English word “criere” the nominative of “crieur,” which means an announcer or informer, an acquired form of the verb “crier,” which means to cry in a noisy voice, from the Latin word “Quiritate.” The evolution of the surname contains the following examples like Robert le Crieur in 1269 in Northumberland, Johanna Cryour in the year 1379 in Yorkshire, and Alicia Crioure in the year 1379 in ibid. During the documentations of the name in London is that of the wedding of John Cryer and Mary Stermore, at St. James’s, Duke’s Place, in November 1679

The origins of the surname Cryer found in Worcestershire where people held a family seat from early times.

The very first recorded spelling of the family was shown to be that of Geoffrey le Criur, dated about 1221, in the “Hertfordshire Curia Rolls.” It was during the time of King Henry III who was known to be the “The Frenchman,” dated 1216 – 1272. The origin of surnames during this period became a necessity with the introduction of personal taxation. It came to be known as Poll Tax in England.

Many of the people with surname Cryer had moved to Ireland during the 17th century.

The following century saw much more Cryer surnames arrive. Some of the people with the name Cryer who settled in the United States in the 20th century included John Archie Raymond Cryer landed in Alabama in the year 1921.

Some of the people with the surname Cryer who settled in Australia in the 19th century included James Cryer at the age of 18, who was a worker landed in South Australia in the year 1860 aboard the ship “Grand Trianon.”

Ann Cryer JP was born in the year 1939. He was a British Labour Party leader, a representative of Parliament for Keighley from the year 1997 to 2010.

Bob Cryer, known as Bob Cryer (1934–1994), was a congressman in the United Kingdom and creator of the Keighley and Worth Valley Railway.

Gretchen Cryer (born 1935), is an American scripture, composer, and actress. She was born in the year 1935.

John Cryer (born 1964), is an English Labour Party leader, a representative of Parliament for Leyton and Wanstead since 2010.

Sherwood Cryer (1927–2009), was a businessperson, who lived in Texas. He obtained popularity as the holder and operator of the country-western nightclub Gilley’s, an outstanding honky-tonk that was the central setting of the 1980 movie Urban Cowboy showing John Travolta.

Suzanne Cryer (born 1967), is an American actress, famous for her character as Ashley on the ABC sitcom Two Guys and a Girl.

Notes: None. Blazon: Or, two chevronels gu. on a canton of the last three annulets ar. 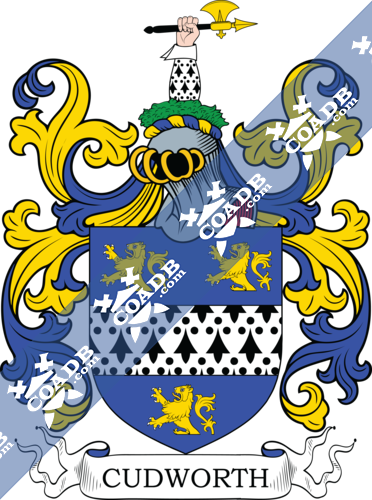