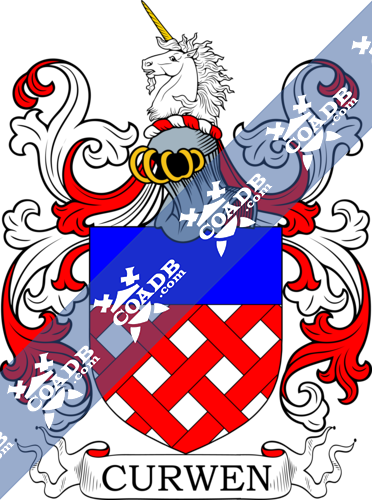 According to the early recordings of the spelling of the name, this interesting and unique name was listed in many spelling forms such as Culwen, Curwen, Kerwen, Kerwin, Kervyn, and Kerven, and often combined with the famous Irish surname Kirwan, this is an Anglo-Scottish surname of old and complex origins. It is locational and acquires from the hamlet of Colvend, originally Culewen, on the mouth of the River Urr, in Kircudbrightshire, in Scotland. In the spelling of Curwen the surname is English and Cumbrian, but also considered to acquire from the Scotland. The place name meaning and hence the surname is unknown, but perhaps an advancement of the Olde English pre 7th-century ‘col wincel’ or similar, the cold place. Being located as it is in the mouth of a river, this would seem to be a logical reason. Locational surnames were usually ‘from’ names, but in Gaelic regions the opposite used, thus giving rise to the advancement of the ‘clans’ in the old times. In this case examples of the surname records from those old times contain Gilbert de Culewen, a covenant witness for the Abbey of Holyrood in the year 1262, and Sir Thomas Culwenne, also a charter witness in 1289. In England, Gilbert de Colwenn noted in Cumberland in 1332, and Robert Curwen of Yorkshire listed in the Census Tax rolls for that district in 1379. Later records acquire from remaining parish records contain as Joyce Kerwyn, who married Richard Tompson at St Helen’s Bishopgate, London, in January 1580, Alice Kervyn, who married John Watkinson at St Mary Magdalene, London, in December 1588, and Catherine Kerwin, who married Nicholas Brown, at St Botolph’s Bishopgate, also London, in July 1766.

The origins of the surname Curwen appeared in Northumberland where people held a family seat from early times. Someone say better before the invasion of Normans and the entrance of Duke William at Hastings 1066 A.D. The origin of surnames during this period became a necessity with the introduction of personal taxation. It came to be known as Poll Tax in England. Surnames all over the country began to develop, with unique and shocking spelling varietions of the original one.

Many of the people with surname Curwen had moved to Ireland during the 17th century.

The following century saw more Curwen surnames arrive. Some of the people with the surname Curwen who arrived in the United States in the 19th century included Joseph Curwen settled in Philadelphia, Pennsylvania in 1797.

Annie Jessy Curwen (1845–1932), was a writer of books of instruction in music and piano playing. 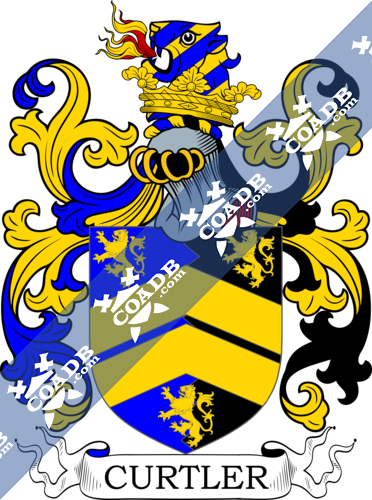 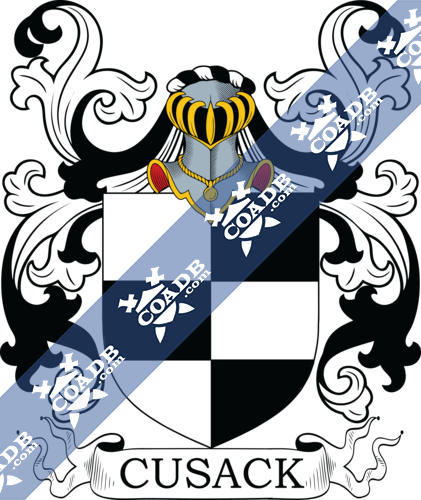