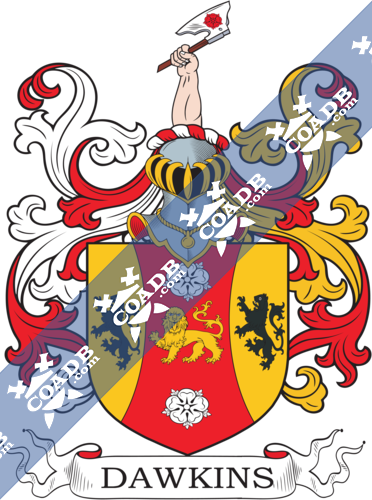 The surname Dawkins originated from the Welsh nickname “Daw” a derivitive of the Hebrew name David which translates to “beloved”. The name immigrated to Europe by way of France. French soldiers returning from the Crusades in the Holy Lands imported the Hebrew given name upon their return. The name came to England after the Norman invasion where it took on the more Anglicized styling.

Surnames throughout history have found their origins in a variety of sources. Some of the earliest evolved from the addition of a parent’s name to a person’s given name. People were also known to add the location of the region, town, or village where they were born or lived. The addition of an occupation or defining physical or character trait also was put into use as well.

As with most surnames, there exists variations in the spelling including but not limited too; Dawkins; Deaken; Deakens; Daykin; Daykins; and Daken among others. The variations in spelling of surnames dating back to antiquity can be attributed to a high illiteracy rate among the general population as well as a lack of consistency regarding guidelines for spelling in use by those who were literate including the scribes charged with the task of record keeping. This was compounded by the fact that many of the scribes were in the habit of spelling phonetically, what may have sounded on way to one person may have sounded completely different to another.

The use of surnames in Europe prior to and into the middle ages was primarily a practice of the noble class. However, as the smaller villages and communities gave way to larger towns and cities, surnames were found to serve as more than just a distinction between classes, they served a more practical purpose. Surnames made it easier to distinguish one person from another and it also allowed for a more reliable method of tracking people for census, tax, and immigration records. One of the first recordings of any variation of the name, Richard Daukyns, is found in the Staffordshire tax rolls dated 1354. The tax rolls, were a series of census and tax records kept by the English Treasury by order of King Edward III, some of which are over 700 years old, dating back to the 12th century.

After the founding of the Americas and the addition of countries to the British Commonwealth such as Canada, Australia, and New Zealand immigration began occur in greater volume than ever before. One of the first immigrants to America were Joseph Dawkins who landed and settled in Maryland in 1656. William Dawkins arrived in Canada and settled in Nova Scotia in 1783. John and Ann Dawkins along with their son Samuel arrived in Adelaide, Australia in 1839 and Ellen Dawkins arrived and settled in Wellington, New Zealand in 1873.

There are many persons of note who bear the surname Dawkins. Sir Clinton Edwards Dawkins was an English businessman and civil servant. Dawkins served as the private secretary to George Goschen, the Chancellor of the Exchequer. The Chancellor of the Exchequer is the head of HRM’s Treasury and one of the Great Offices of State in HRM’s Treasury. He also served as the undersecretary for finance in Egypt, and in 1899 he served as financial adviser to the Governor-General of India, Lord Curzon.

After leaving India, John Pierpont (J.P.) Morgan, the American international financier and banker, offered Dawkins a full partnership in the London branch of his merchant banking firm J.S.Morgan & Co. which he accepted and where Dawkins remained until his death.

(Over Norton, co. Oxford). Gu. a lion pass. guard. or, betw. two roses in pale ar. and as many flaunchcs of the second, each charged with a lion ramp. sa. Crest—A dexter arm couped at the shoulder, holding a battle axe bendways ppr. on the blade a rose gu. 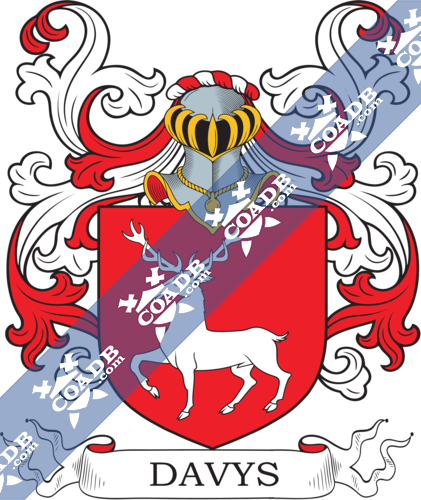 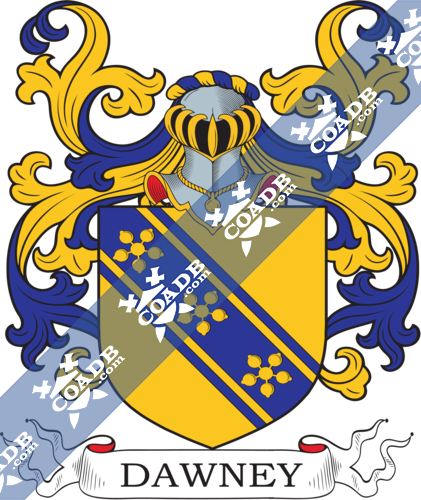