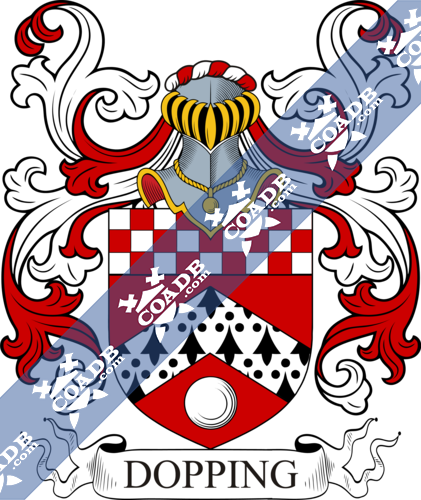 1) Or, three piles in point sa. in base as many mullets gu. Crest—A dove volant az. Another Crest—A demi eagle displ. sa.
2) (Anthony Dopping, Clerk of the Common Pleas, Feodary of the Province of Leinster, and Examiner of the Court of Wards under the Archbishop of Dublin, only son of John Dopping, Esq., of Frampton-upon-Chener, co. Gloucester, d. in his house in Bride Street, Dublin, 8 July, 1649. Fun. Ent. of his dau. Jane, wife of Thomas Towers, Esq., of Corballis, d. 22 July, 1658). Gu. a chev. erm. in base a plate, a chief chequy ar. and of the field.
3) (Reg. Ulster’s Office). Same Arms, the chief chequy ar. and az. Crest—A talbot’s head couped ar. collared gu. studded and chained or.
4) (Lotown, co. Westmeath, Reg. Ulster’s Office, descended from the marriage of the Right Hon. John Dopping, M.P., with Jane, dau. of Thomas Jones, Archbishop of Dublin). Same Arms. Crest—A talbot’s head gu. eared ar. collared and chained or. 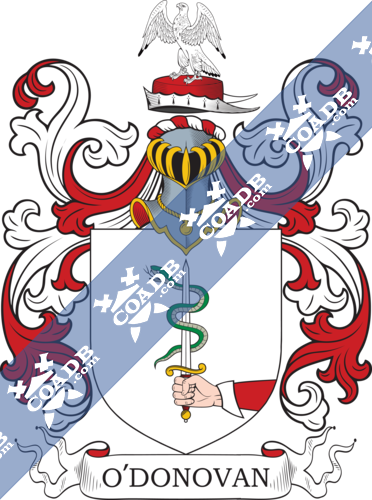 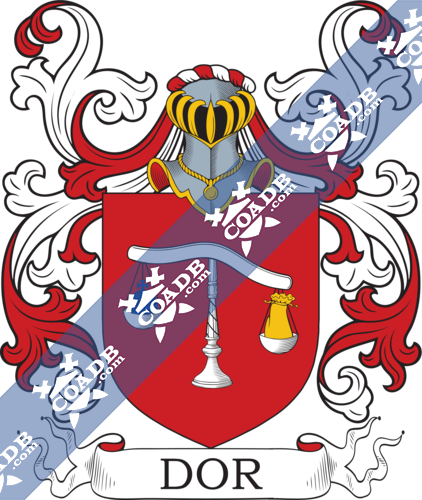