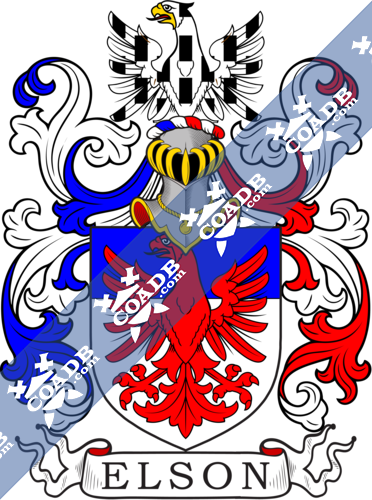 This interesting surname has two possible origins. The first origin of the name may be of English geographical origin from Elson in Hampshire or Shropshire. The ancient name was listed as “Aethelswithetuninga” in the 948 Saxon documents and is so called from the old English pre 7th Century female name “Aethelswith” (combination of the components “aethel” which means gentle and “swith,” which means firm and “tun” which means enclosure or agreement.) The latter was listed as “Elleston” in the history of Shropshire (1247) and acquires from the old English name “Elli” and “tun” (as before). The second origin of the name may be as a nickname form of “El,” itself being a love form of Ellis, acquiring from the Hebrew “Eliyahu” which means “Jehovah is God.” The surname was first listed in the second half of the 14th Century. In the new phrase, the surname has many different spellings such as Elson, Ellson, Ellsom, etc. The wedding of Mary Elsom and Richard Sawford took place at St. Dunstan’s, Stepney in February 1632 and Maria, daughter of Thomae and Margaretta Elsom named in October 1662 at St. Martin-in-the-Fields, Westminster, London.

The surname Elson first appeared in Nottinghamshire at Elston, a small hamlet that exists between the rivers Trent and Devon and dates sometime back to at least the Domesday Book where it was recorded as Elvestune, Eluestune, and Eluestune and perhaps meant “meadow of a man called Eilafr” from an Old Scandinavian name. The less similarly local that the name could have acquired from is Elston in Wiltshire, a village in the church of St. George which also listed in the Domesday Book, but as Wintreburne.

The very first recorded spelling of the family was shown to be that of Ricardus Elson, dated about 1379, in the “Poll Tax Returns of Yorkshire.” It was during the time of King Richard II, who was known to be the “Richard of Bordeaux,” dated 1377-1399. The origin of surnames during this period became a necessity with the introduction of personal taxation.

Many of the people with surname Elson had moved to Ireland during the 17th century.

Individuals with the surname Elson settled in the United States in four different centuries respectively in the 17th, 18th, 19th and 20th. Some of the people with the name Elson who settled in the United States in the 17th century included Ann Elson, who arrived in Salem, Massachusetts in 1629. Elizabeth Elson at the age of 18, settled in Barbados in 1635. William Elson who landed in Maryland in 1640. John Elson arrived in Virginia in 1652.

Some of the people with the surname Elson who settled in the United States in the 18th century included Samuel Elson, who arrived in New England in 1707.

The following century saw many more Elson surnames come. Some of the people with the surname Elson who settled in the United States in the 19th century included H Elson, who arrived in San Francisco, California in 1851. Hugh B. Elson at the age26, who landed in America from Manchester, in 1893. Benjamin Elson, aged 28, who settled in America, in 1895.

David Elson was a referee. 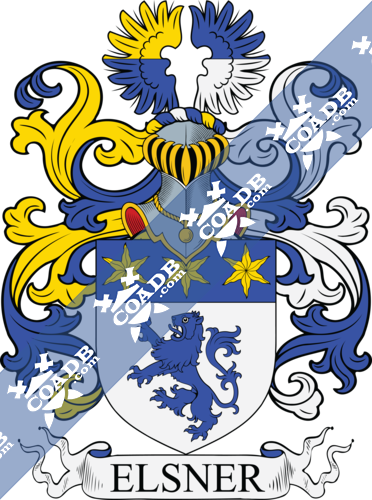 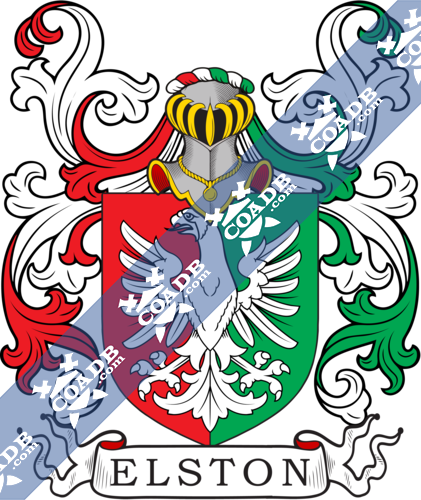