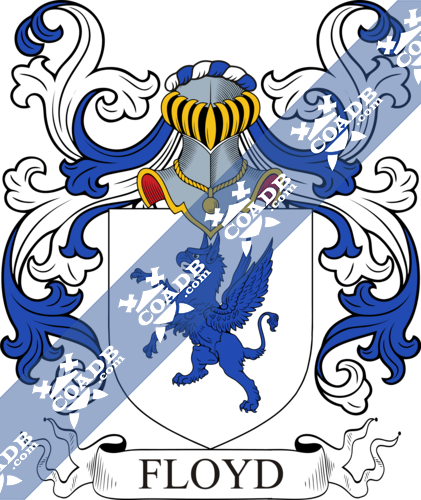 Surname Name Meaning, Origin, and Etymology
The Flood name was originally Fludd or Floyd. The English name Floyd is the same as the Welsh Llwyd (or clwyd), meaning brown, gray, hoary or the Welsh Lloyd and Lhuyd, meaning gray or brown.  The Irish surname Floyd was originally from the Gaelic McTuile, O Maoltuile, or Mac Maoltuile. Tuile meant ‘flood’ and in Ireland, Tully and Flood were interchangeable. The surname Lloyd has its home in North and South Wales; but it is frequently found in Shropshire, Hereford, and Monmouth, England.

Early Bearers of the Surname
From Andrew Borde’s Book of Knowledge, the early holders of the name include: Thomas Lloyd or Floyd (1510); Thomas Lloide or Floide (1569), David Lloyde or Floyd (1570). The first recorded spelling of the name “Lloyd” is “Richard Loyt”, in the Worcestershire Subsidy Rolls of 1327, during the time of Edward III; and Ithell Lloit, who appears in the records of Chirk, Wales, in 1391, The first recorded spelling of the Floyd name is Richard Floyd, dated 1509, during the reign of King Henry VIII.

Jenkin Lloyde of Montgomeryshire, and Griffith Lloid of Radnor were registered as students at Oxford University during the period 1577 – 1585. Edward Lloyd, who flourished circa 1692, kept a coffee-house in Lombard Street, city of London, and it is from him that the great commercial corporation known as “Lloyd’s” derives its name. His premises was the center of shipbroking and the marine insurance business in the late sixteen hundreds. (Not the company of Lloyd’s of London).

History, Genealogy, and Ancestry
Lloyd of Bronwydd is the 23rd Baron of Kemes, co. Pembroke, descending from Martin de Tours, a friend of William the Conqueror.

The Floyd family of is of ancient Welsh descent and sometimes resided at Beeston Castle which was destroyed in 1645.  The family descends from Captain John Floyd of the 1st Dragoon Guards, of Prestbury, Cheshire, and St. Chadds, Shrewsbury. He was born in 1707. On October 28, 1746, he married Mary, daughter of Rev. Richard Bate of Chilham, Kent (born 1713 and died November 8, 1782). Their children were John, who became the first baronet; Thomas, a Lieutenant in the Royal Navy, who died on board HMS Conqueror off Sandy Hook in October 16, 1778, unmarried; Elisabeth Powys, born 1752 and died unmarried April 11, 1830; and Caroline, who married John Christopher Ridout, of Baughurst House, Hants. He died October 21, 1817 and she died March 7, 1821. Captain Floyd served in the Seven Year War. He fought in the battle of Minden and died of wounds received September 12, 1759 serving in Germany.

His oldest son, General Sir John Floyd, was the 1st Baronet. He began his military career at the age of 12, when he was appointed cornet in Eliot’s light horse (16th hussars) during 1760, due to his father’s influence. He eventually attained the rank of General and was granted a baronetcy on March 30, 1816. Sir John married his first wife, Rebecca Juliana, daughter of Charles Darke (an eminent merchant of Madras) January 9, 1791. They had children: Henry (2nd Baronet), Miranda, Julia, Flavia. She died February 3, 1802. He married his second wife, Anna, the widow of Sir Harry Denny, Baronet of Tralee Castle, and daughter of Crosbie Morgell, of Mount Morgell, county Limerick, on July 29, 1805. Sir John was born February 22, 1748 and died January 10, 1818. Lady Floyd died November 4, 1844.

Early American and New World Settlers
Melchesedick Floyd arrived in Virginia in 1638. James John Floyd (1750 – 1783), known as John Floyd, was a pioneer around Louisville, Kentucky  where he worked as a surveyor for land development and helped lay out Louisville. He served as a Colonel of the Kentucky Militia and participated in raids with George Rogers Clark.

Crests—First, ademi-arm in scale armor, the hand naked proper, the cuff argent, grasping a lizard vert. Second, two arms embowed, armed proper, supporting a chaplet of oak branches vert, fructed or. Third, a man’s head proper in armor argent garnished or, and on a labe issuing from his mouth, and proceeding over his head, these words, Avonno div derbid

Flood:
Arms—Vert, a chevron between three wolves’ heads erased argent, belonging to Sir Thomas Fludd, of the county of Kent during the 1500’s. Crest—A wolf’s head, as in the arms.

Sir John Floyd (1748 – 1818) pursued a brilliant military career in India, distinguishing himself particularly in the wars against Tippoo Sultan; he was created general in 1812, and baronet in 1816. His Coat of Arms is a black shield charged with a silver lion rampant (standing on his hind legs) regaurdant; on a gold chief embattled is a sword erect proper, pommel and hilt gold, enfiled with a red eastern crown between two tigers’ faces also proper. A silver lion rampant regaurdant, crowned gulles (red), bearing a flag representing the standard of Tippoo Sultan, flowing to the sinister proper, is on the Crest.

Notables
Famous people with this last name include: 1) William Floyd (1734 – 1821) who was one of the signatories of the American Declaration of independence 2) Charles Arthur Floyd, known as Pretty Boy Floyd, who was an American bank robber, shot by police while attempting to evade being recaptured, after having escaped prison 3) Andrew Lloyd Webber (Baron Lloyd-Webber) born in 1948, was an English composer 4) Christopher Lloyd, born in 1938,  is an American character actor best known for his roles as Emmet ‘Doc’ Brown in the Back to the Future series, and Uncle Fester, in the Addams Family and its sequel 5) Sampson Lloyd, co-creator of Lloyds Bank in England, considered to be one of the ‘Big Four’ clearing banks-not to be confused with Lloyd’s of London 6) Charles Floyd (1782-1804), American explorer, quartermaster on the Lewis and Clark Expedition 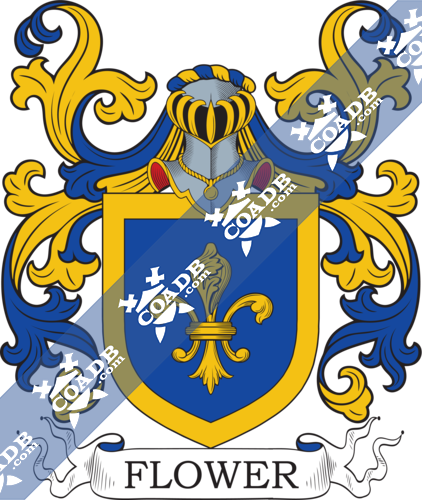 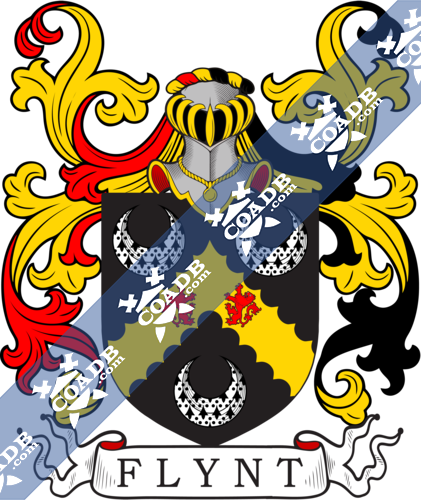