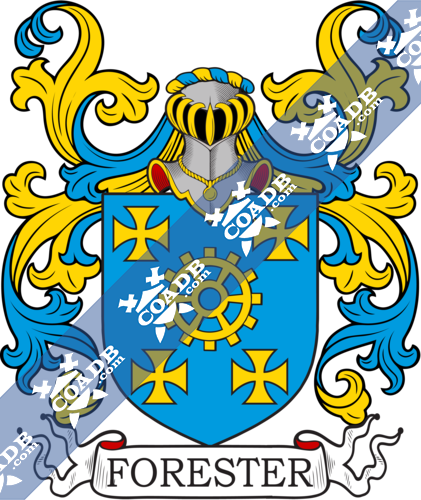 The surname Forester first found in Northumberland, but early records include John Forester, noted in the Pipe Rolls of Surrey of 1183, and Richard le Forester listed in the Feet of Pines of Essex in 1240.  The Hundredorum Rolls of 1273 contain as Petrus Forestarius, Jordan le Forester; and Nicholas le Forester.

Notes: None. Blazon: Azure a fer de moline between four crosses pattee or. 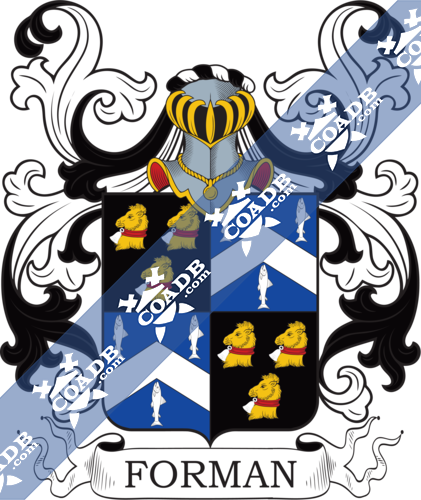 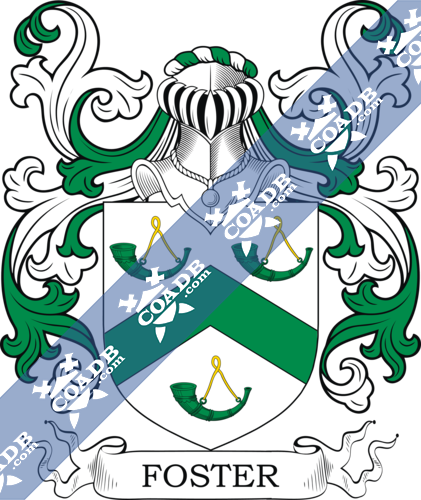