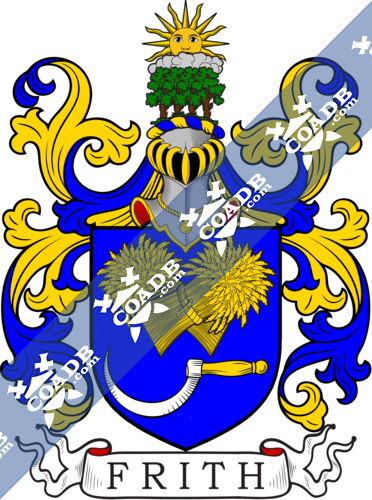 This old surname appeared in many spelling forms like Firth, Frith, Fridd, Fryd, Freeth, Fright, Freed, Vreede, Frift, Freak, Feake, Freke, Firk, and many other formations which has pre 7th century Olde English, Scottish and Welsh origins. It derives from an introduction for a ‘resident by brushland or dry meadow’ from the words ‘firhthe’ or ‘fyrhthe.’ ‘Firth’ has its epicenter in Yorkshire or Lancashire, while the converted spelling as ‘Frith,’ is ultimately listed in the south east of England. When combined with ‘V,’ the name is frequently found in West Country, while the unique ‘Fright’ is most famous in London and Kent. The previous English examples of the name consists of Wulmar de Frith in the 1195 Pipe Rolls of Kent and John del Friht in 1197, also in the Kentish rolls. Alexander de Frike of Worcester in 1275, Thomas atte Vryth in the 1333 Somerset charters, and Thomas atte Fryth in the 1379 census Tax Rolls of Yorkshire. The surname first listed in Scotland in 1317, when Laurencius del Frith witnessed a settlement by Willelmus de Lysurius in Edinburgh. Other examples consist of John Firth, assistance in December 1609, at St Botolph’s, Bishopsgate, and Robert Fryght, named at St Andrews Parish, Holborn, London, in February 1665.

The origins of the surname Frith was found in Derbyshire where people held a family seat from early times. Some say better before the success of Normans and the entrance of Duke William at Hastings1066 A.D.

The very first recording spelling of the family was shown to be that of Ralph Delfrid, dated about 1170, in the “Chartulary of Ramsey Abbey,” Huntingdonshire. It was during the time of King Henry II who was known to be the “The Builder of Churches,” dated 1154-1189. The origin of surnames during this period became a necessity with the introduction of personal taxation. It came to be known as Poll Tax in England.

The following century saw much more Frith surnames come. Some of the people with the surname Frith who settled in the United States in the 19th century included Sarah Frith at the age of 14 landed in Key West, Fla in 1839.

Benjamin Frith was a British pianist.

Chris Frith was a British expert in psychology.

Francis Frith was a British cameraman.

Fred Frith was a British singer.

Mark Frith was a British scholar.

Notes: (granted by Camden). Blazon: Az. in chief two garbs in saltire or, in base a sickle fesswayS ar. handled of the second. Crest —Above a grove of trees ppr. the sun in splendour or, beneath clouds ppr. 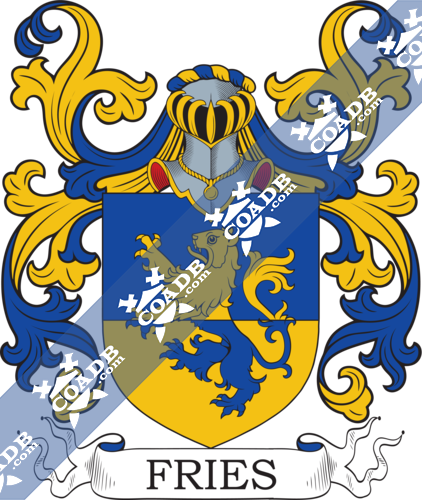 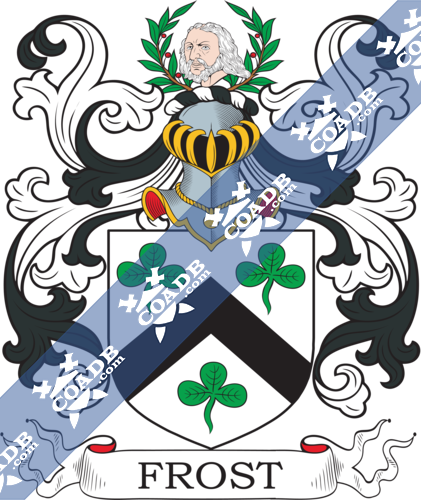