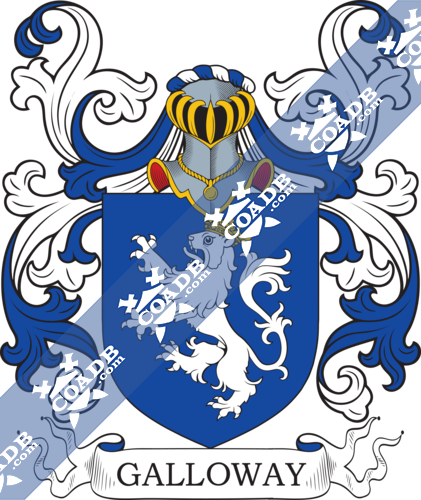 Galloway Surname Name Meaning, Origin, History, & Etymology
This popular Scottish last name denoted a person who lived in or was from an area in southwestern Scotland, which includes the present-day counties of Wigtown and Kircudbright, named Galloway, meaning “place of the foreign Gaels”, derived from the Gaelic words gall (foreigner) and gaidheal (Gael). Others state the Old English word weg is involved in the etymology, meaning a navigable are of the sea. Prior to the 700s AD, Galloway part of Anglican Northumbria. Around the 800s AD, the area was settled by mixed Gaelic-Norse inhabitants from the Hebrides (an archipelago off the west coast of the Scottish mainland) and the Isle of Man.

Wikipedia defines the Gaels as follows: “The Gaels are an ethnolinguistic group native to northwestern Europe. They are associated with the Gaelic languages: a branch of the Celtic languages comprising Irish, Manx and Scottish Gaelic. Historically, the ethnonyms Irish and Scots referred to the Gaels in general, but the scope of those nationalities is today more complex. Gaelic language and culture originated in Ireland, extending to Dál Riata in western Scotland. In antiquity the Gaels traded with the Roman Empire and also raided Roman Britain. In the Middle Ages, Gaelic culture became dominant throughout the rest of Scotland and the Isle of Man”.

Galloway Family Mottos
I have identified two family mottos:
1) Higher
2) Virescit vulnere virtus (Her virtue flourishes by her wound). The crest of this family has a pelican in her piety (pelican piercing its breast to feed its young with its own blood).

Early Bearers of the Galloway Surname
The first known beares of this surname was Thomas de Galwethia, Earl of Atholl, in Scotland, who made a gift of lands to the Abbey of Neubotle c. 1230 AD. Michael de Galewath was documented c. 1230 AD as well. The Hundred Rolls of 1273 AD, a census of Wales and England, known in Latin as Rotuli Hundredorum lists two bearers of this surname: Alan de Galeweya (Yorkshire and Oxfordshire) and Robert Galewey (Oxfordshire). Adam de Gallowaie was the bailiff of Newcastle in 1306 AD. Adam Galeway was documented in 1326 AD. Richard Galloway was the mayor of Newcastle in 1343 AD. Richard Galway was documented in 1367 AD. John de Galeway was the rector of Meldon in 1378 AD. The Poll Tax Rolls of Yorkshire in 1379 AD also list thee bearers: Robertus de Galway, Johannes de Galway, and Thomas Galway. In Scotland, John Galway was master of a ship belonging to Sir John of Montgomery in 1405 AD.

Richard Galloway of Yorkshire
Richard Galloway was born in Bishop Burton, Yorkshire, England in 1648. He married Isabell Cannaby and had a son with her named Joseph. Joseph was born in the same town in England in 1684. He married Isabella Orr. He went to colonial Virginia. He had a son named Isham. Isham Galloway was born in Bedford, Virginia in 1720.He married Mary, daughter of Jonathan Croft, in 1741 in Cottingham, England. Isham had two sons: Joseph and John. His son, Captain John Galloway, was born in Bedford, Virginia in 1744. He married twice: Francis (surname not known) and Susannah Franky. He had the following issue: John William, Benjamin, Christiana, Sarah, Archibald, Zachariag, Pleasant, and Christina. He died in Henderson, Kentucky in 1808.

Sir James Galloway
Sir James Galloway, son of James Galloway Esq. and Jane Hermina (daughter of Major Volkert Willem de Villeneuve of the Netherlands Army), was born in 1862. In 1898, he married Jessie Hermina, daughter of Robert Sawers Esq. of Dunbar. He was educated at Chanonry School in Aberdeen, Scotland and Aberdeen University. He was a physician and lecturer by trade. He was a Major of the 4th London General Hospital and was a consulting physician to the 1st and 2nd Armies, B.E.F. He lived on Harley Street.

Mrs. Galloway of Annestown
Mary Jane Syhil, daughter of Major Sir William Palliser, Member of Parliament and of the 18th Hussars, and Anna Perham, succeeded her kinsman, ray Bury Palliser Esq. at Annestown in 1906. In 1908, she married Major Harold Bessemer Galoway of the 7th Battalion Seaforth Highlanders. He was of Blervie, was a Deputy Lieutenant, and a Captain Reserve of Officers who was killed in action in 1915. He had two sons, one named Ian Charles Palliser, born in 1912.

Major General Sir Thomas Joseph Gallwey
Major General Sir Thomas Joseph was he fourth son of Henry Gallwey Esq. of Tramore, Waterford, Ireland. He was born in 1852. In 1901, he married Maud Margaret Howard, daughter of Captain J.W.J. Gifford of the 12th Lancers. He was educated at Stonyhurst. He was the Principal Medical Officer Egyptian Army from 1892-1999 and held other posts and positions. 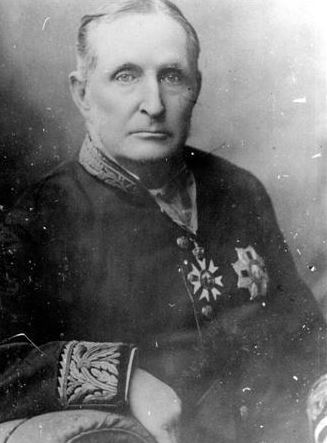 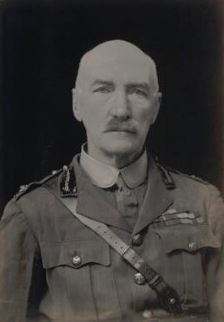 Notables
There are hundreds of notable people with the Galloway surname. This page will mention a handful. Famous people with this last name include:
1) Sir Alexander Galloway (1895-1977) was a British Army officer and Lietenant-General who served in both World Wars, born in Minto, Scotland, known for the role he played in Operation Crusader during the Wester Desert Campaign in 1941
2) Clarence Edward Galloway (1896-1969) was a professional baseball shortstop who played in the MLB from 1919-1927 for the Philadelphia Athletics and Detroit Tigers, born in Clinton, South Carolina
3) George Galloway (1954) is a British writer, broadcaster, and politician who has served as a Member of Parliament from 1987-2015, born in Dundee, Scotland
4) Sergeant John Galloway (1843-1904) was an American soldier who served in the Civil War and received the Medal of Honor for his actions in Farmville, Virginia, where he “His regiment being surprised and nearly overwhelmed, Commissary Sergeant Galloway dashed forward under a heavy fire, reached the right of the regiment, where the danger was greatest, rallied the men and prevented a disaster that was imminent”, born in Philadelphia, Pennsylvania
5) Andrew McLean Galloway IV (1985) is Scottish-born professional wrestler who was signed to the WWE from 2007-2014 and again in 2017, known by his ring name Drew McIntyre
6) Michael Galloway (1965) was a former professional English soccer player, born in Oswestry, who played four six different teams from 1983-1995, including the Berwick Rangers and Heart of Midlothian
7) Samuel Galloway (1811-1872) was a member of the US House of Representatives for Ohio from 1855-1857, having also previously served as the state’s Secretary of State from 1844-1850, born in Gettysburg
8) William McNaughton Galloway (1840-1895) was the mayor of Brisbane, Queensland, Australia in 1889, born in Perth, Scotland
9) Joseph Galloway (1731-1803) was an American politician who served as a delegate to the First Continental Congress from Pennsylvania who later became a Loyalist during the American Revolution, born in West River, Maryland
10)  Keith Galloway (1985) is a former Australian rugby player, born in Sydney, New South Wales, who played from 2003-2011 for teams such as the Cronulla Sharks, Wests Tigers, and Leeds Rhinos 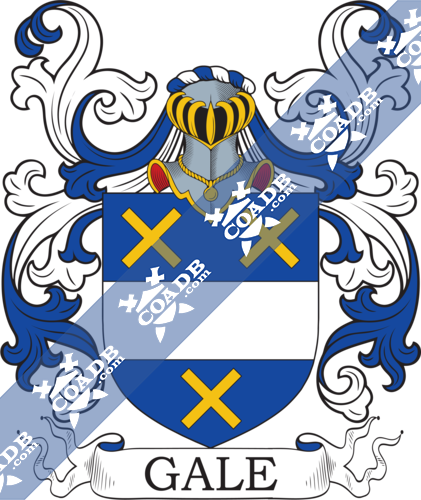 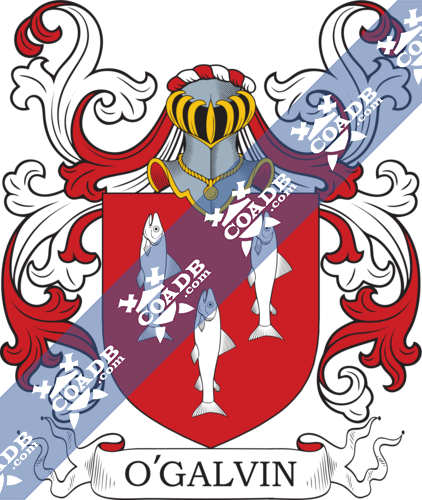