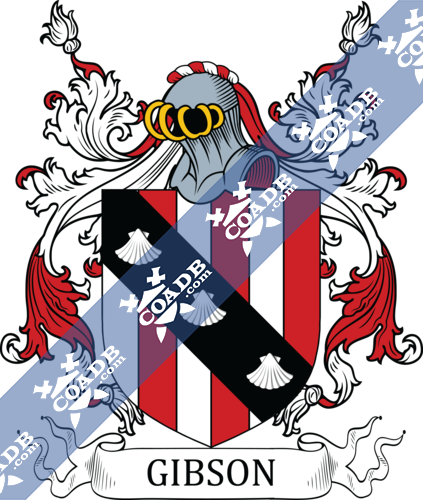 Gibson Surname Name Meaning, Origin, History, & Etymology
This is a baptismal or patronymic (“son of”) surname deriving from the old personal (first) name Gib or Gibb, which is itself a pet form or nickname for Gilbert, a Norman name that was introduced into England after the Norman Invasion of 1066 AD, originally found in Europe as Gislebert or Gillebert, consisting of the Germanic elements gisil (hostage or noble youth) and berht (brigtht or famous). The book “The Surnames of Scotland and Their Origin, Meaning, and History” by George Fraser Black asserts that the ancestral home of the Gibson family is the Hebrides islands and the west coast of Scotland.

The name was first established in Galloway, Scotland, where the family held land and titles. It is believed they descended from a chieftain named Gilbert (likely Gilbert, Lord of Galloway, died 1185 AD, son of Fergus) and they first settled in Lennox.  A branch of the family tree later established themselves in the barony of Levin in Fifeshire and their descendants were Lords of Durie. 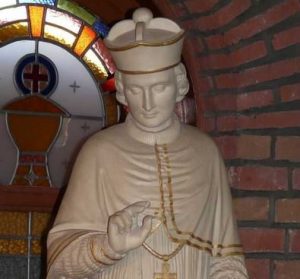 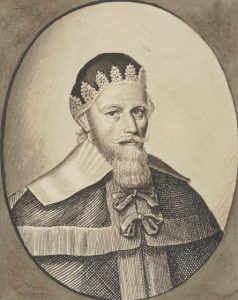 The 1890 book Homes of Family Names by H.B. Guppy, states the following in regard to this surname: “A north of England name, best represented in the counties of Cumberland, Westmoreland, Durham, and Northumberland. The Gibsons are also very frequent across the Scotch border in the counties of Berwick and Dumfries, and they are well established in the counties south of the Forth and the Clyde. Its area also extends to and includes Notts and Staffordshire, where it abuts on the area of Gibbs. The distribution of these two names in England affords a remarkable example of the separate occupation by two similar names, or more correctly speaking, by two forms of the same name, of two contiguous but distinct regions. Derbyshire, which is on the neutral ground between the northern area of the Gibsons and the southern area of the Gibbses, possesses both names, but in no great numbers”. 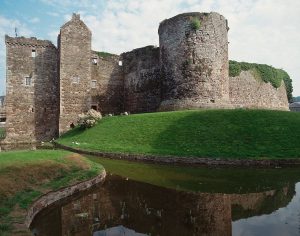 Early Bearers of the Surname
The earliest known bearer of this surname was Henry Gibsone, who was documented in the Records of the Borough of Nottinghamshire in 1311 AD. Johun Gibson surrendered the Castle of Rothesay in Scotland in 1335 AD.  Thomas Gibbeson was charged with breaking of parole in 1358 AD. Early marriages involving this surname include Jane Gibson to Robitus Edwards at St. Martin in the Fields, Westminster, London in 1551 AD and Edward Gibson to Alice Person at St. Paul’s in 1581 AD. An early baptism involving this name was Alice Gibson at St. Paul’s, Bedfordshire in 1574 AD.

Gibson of Sandgate Lodge
The lineage of this branch of the family tree begins with John Gibson, an Honorary Freeman of Glasgow, who married Hester, daughter and heir of Joseph Paradoe of Hailes Orchard, and had one child with him: a son named Thomas. This Thomas was an Esquire of Bradston Brook, in 1775, married Mary, daughter of John Bradburne of Hyde Abbey House, and had three issue with her: Emma, Mary Anne, and George. His son George John Gibson, Esquire of Sandgate Lodge, Sussex, England, was a Justice of the Peace and Deputy Lieutenant who, in 1812, married Eliza, daughter of Carew Elers of Gower Street, and had a son with her, also named George Carew. George Carew was of Bradston Brook and was a Justice of the Peace, Deputy Lieutenant, and High Sheriff for Sussex, England in 1855. In 1841, he married Eliza, daughter of Robert Pardoe of Park House, and had a son named George Carew and a daughter named Sidney Elizabeth. He later married Anna Maria Arabella, daughter of John Locker, and had two sons with her named Edwin Stillingfleet (1850) and Alfred Bradburne (1853). He assumed the additional surname of Carew in 1860. His son, George Carew Gibson, was an Esquire of Lodge, Sussex, was born in 1843,  and became a Captain in the 8th Sussex Rifle Volunteers, who in 1806, married Emily, daughter of Reverend George Palmer, and had a son with her named John George, born in 1866. The Gibson Coat of Arms (sometimes mistakenly called the Gibson Family Shield) is blazoned in heraldry as follows: Gules, three keys fessways in pale or, in chief a portcullis of the last. Crest: A pelican vulning herself and feeding her young proper gorged with a mural crown or. Motto: Coelester pandite portae.

Gibsone of Pentland
John Charles Hope Gibsone was an Esquire of Pentland and a Lieutenant General of in army, once a Lieutenant Colonel of the 7th Dragoon Guards, was born in 1810. He was also a Justice of the Peace and Deputy Lieutenant. In 1835, he married Jane Louisa, daughter of Hugh Saye Bringloe of Edinburgh, and had five issue with her: John (Captain 17th Lancers, married Mary Anne Hallet), Hugh Francis Hacket (Captain 73rd Regiment), Helen (married G. Ashby Ashby of Naseby), Jane Louisa Hope, and Henrietta Anderson. He was the son of Major General David Anderson Gibsone and Helen Gibsone (daughter of Sir John Gibsone, Baronet of Pentland). The Baronetcy (Nova Scotia, 1628) devolved to his brother and eventually passed to Sir Thomas Gibson-Carmichael, Baronet of Skirling in county Peebles. The Gibsone Arms has the following heraldic blazon: Gules, three keys fessways in pale or, a border vair. Crest: A pelican in her nest and feeding her young proper.

Gibson of Linconia
The lineage of this family begins with John Gibson of Garnet Hill, Glasgow, a manufacture and merchant who died in 1831, leaving issue. His youngest son was Thomas, who was born in 1816 and lived in Argentina. In 1854, he married Clementia, daughter of William Corbett, and had issue with her, including Sir Herbert Gibson, 1st Baronet, a landowner, merchant, and livestock breeder in Argentina. He was born in 1863 and was created a Baronet in 1931. In 1895, he married Madeleine Jessie, daughter of Reverend W.J. Savell of St. Clements Dane, and he had four children with her: Sir Christopher Herbert (2nd Baronet), Clement Herbert (married Marjorie Julia Anderson), Gerald Herbert (married Ursula Marion Wilson, daughter of William Greenwell Robson), and Cosmo Livingstone Herbert (married Josephine Austin, daughter of James Austin Brown).

The book Genealogical Guide to the Early Settlers, mentions five bearers of this last name:
1) Christopher Gibson, a soap boiler, or Dorchester, 1630, came in the Mary and John, married Margaret, daughter of James Bates, moved to Boston, and was one of the founders of the 2nd charter.
2) John Gibson of Cambridge, 1634, a freeman in 1637, died in 1694
3) John Gibson of Watertown, in 1680, married Hannah, daughter of Joseph Underwood, had daughters named Silence and Mary in 1680 and 1682, respectively.
4) Roger Gibson of New London, 1675, likely to have been from Rhode Island, had a son named William and a daughter named Thankful (who married George Smith in 1682).
5) William Gibson of Boston, 1665, or Lynn, Massachusetts, who was a cordwainer, and perhaps a gifted preacher, had sons Purchas and Aquila. 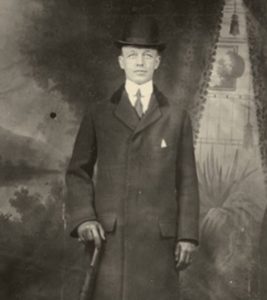 Matthew’s American Armoury (1907) and Bluebook contains one entry for this name:
1) John Gibson of Cambridge, MA, 1634, who died in 1694 at the age of 93. Gules, a stork between three crescents, quartering Davis. Crest: On an embattled tower a stork rising gules, beaked and membered or.

Charles Bolton’s American Armory (1927) does not contain an entry for this last name.

*An allusion to the keys in the coat of arms

Grantees
We have 20 coats of arms for the Gibson surname depicted here. These 20 blazons are from Bernard Burke’s book The General Armory of England, Ireland, and Scotland, which was published in 1848. The bottom of this page contains the blazons, and in many instances contains some historical, geographical, and genealogical about where coat of arms was found and who bore it. People with this last name that bore an Gibson Coat of Arms (or mistakenly called the Family Crest)
1) Gybson, Sergeant at Arms, Hy VIII, with crest
2) Isaac Gibson, son of William, son of Christopher, son of John, of Yorkshire, 4 March 1660, by Sir E. Walker
3) John Gibson, of Welborne, Knight, Doctor of the laws, 2 May 1574, by G. Dethick
4) John, or Irby, grant 15 February 1592
5) Margaret Gibson, daughter and heir of Thomas, gentleman, and wife of Ascew, granted 5 January, 1557 (?)
6) Robert Gibson of Beckham Hall, Norfolk, gentleman, son of Thomas, son of Robert, granted 6 May 1591
7) Thomas Gybson of London, gift, 1560
8) William Gibson of Stavely, Yorkshire, confirmed 16 January 1656, by Ryley 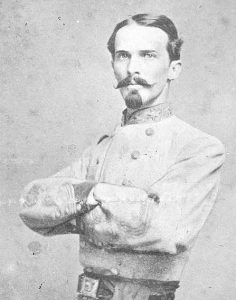 Notables
There are hundreds of notable people with the Gibson surname. This page will mention a handful. Famous people with this last name include: 1) Kirk Harold Gibson (1957) was an American baseball player and manager born in Pontiac Michigan who played for five different MLB teams, but spent most of his career with the Detroit Tigers, 2) Mel Colmcille Gerard Gibson (1956) who is an Australian-American actor and filmmaker known for various films such as Lethal Weapon, The Passion of the Christ, Braveheart, Apocalypto, and The Patriot, 3) Randall Lee Gibson (1832-1892) who was a United States Senator from Louisiana from 1883-1892 who was previously a member of the U.S. House of Representatives and a brigadier general in the Confederate Army during the American Civil War, 4) William Harvey Gibson (1821-1894) who was the 9th Ohio State Treasurer and Brigadier General in the Union Army, 5) William Gibson (1868-1942) who was the 2nd Baron Ashbourne, 6) Walter Murray Gibson (1822-1888) who was an American adventurer and minister to the Kingdom of Hawaii, as well as Prime Minister of Hawaii in 1886, and is thought by some to have been born in England, 7) Leah Diane Gibson (1985) who is a Canadian movie and TV actress from Victoria, British Columbia, 8) Michael Gibson (1906-1940) who was a soldier in the British Army during World War II, posthumously awarded the George Cross, for defusing a large bomb in Coventry, 9) Kelly Gibson (1964) who was professional golfer born in New Orleans, Louisiana, who played on the PGA Tour, 10) Hilda Kaye Gibson (1925-2013) who was a member of the Women’s Land Army during WW2, born in Blackpool, England, and 11) Guy Penrose Gibson (1918-1944) who was a Wing Commander in the British Royal Air Force, born in Simla, British India, who fought in the Second World War and received a Victoria Cross. 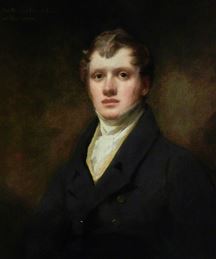 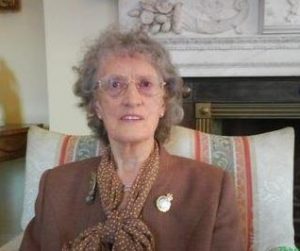 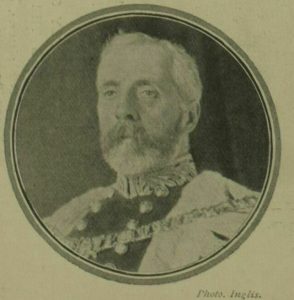 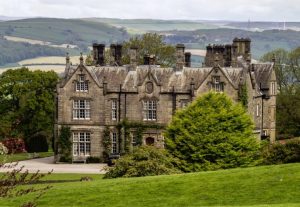 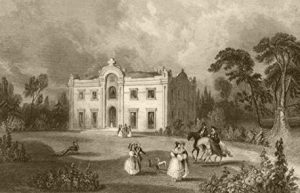 18) (Pentland, co. Edinburgh, bart.). Gu. three keys fessways in pale or, within a bordure vaire. Crest and Motto, as the last.
19) (Dublin; Collection of Molyneux, Ulster, 1597-1632, sheriff of the city of Dublin). Paly of six erm. and ar. on a chief of the last a fret betw. two crescents sa. Crest—An ostrich ar. beaked, legged, and ducally gorged gu.
20) (Milner-Gibson, Theberton House, co. Suffolk; Riuht Hon. Thomas Milner-Gibson, M.P., President of the Board of Trade, 1859 to 1866, only son of Major Thomas Milner-Gibson, 37th regt.. by Isabella, his wife, dau. of H. Glover, Esq., of Chester,was b. 1806, m. 1832, Arethusa-Susanna. only dau. and heir of Sir Thomas Gery Cullum, 8th bart., of Hawstead and Hardwick, and had with other issue, Jasper Joseph Milner-Gibson and George Glry Milner Gibson-Cullum, (see Cullum). Az. three bridle-bits chevronwise or, betw. as many storks rising ar. Crest—A stork close ar. holding in the beak a branch of laurel ppr. resting the dexter foot on a bridle-bit or. 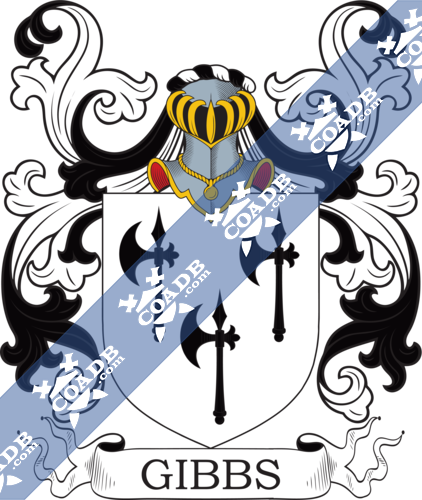 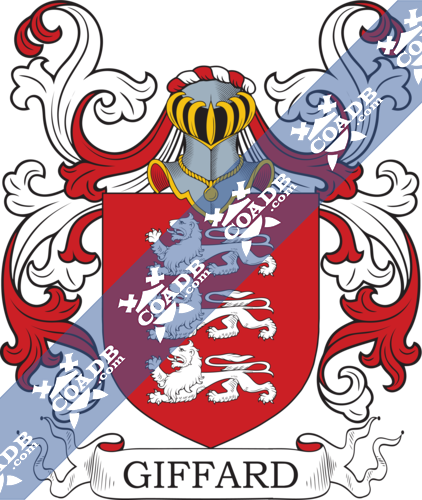