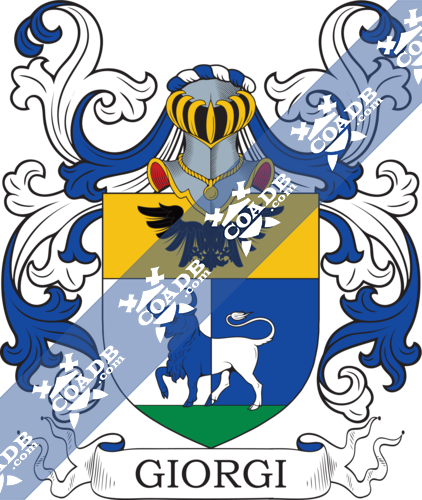 Meaning, Origin, Etymology
This notable surname is of Ancient Greek origins, although for very obscure reasons, the patron saint of England. Deriving from the Greek name “Georgios” meaning a farmer, the name was used in Europe throughout the early Christian period, being associated with a martyr of the 3rd century, supposedly killed at Nicomedia in the year 303. The popularity of the name increased greatly at the time of the famous Crusades in the 11th and 12th centuries, when it became the practice for returning crusaders and pilgrims to name their children after biblical figures from the Old Testament. (St) George figured largely in this revival, and when King Edward 111rd of England founded the Order of the Garter in 1348, he did so under the assumed patronage of St. George. Since the 12th century a.d., and the beginning of the introduction of surnames, the surname has developed over two hundred spelling forms ranging from George, Jorg, Georgius, Zorzi and Hurche, to Gerge, Horick, Jorat, Yegorov, Djordjevic, Yegorchenko, and Gyurkovics! Early examples of the surname recording taken from authentic registers and charters include, Everadus Georgii of Hamburg, Germany, in the year 1256, and William George, in the London registers, dated 1412. William Georgeson was a landholder in Scotland, having the tenancy of Coupar Grange, in 1471, whilst Henry George, aged 19 yrs., was one of the first settlers to the New World, being recorded in Virginia in 1635. The first known recording of the family name anywhere is that of Hugo Georgii, of the county of Norfolk, England, in 1222 a.d.

History, Genealogy & Ancestry
GEOGRAPHIC DICTIONARY, HISTORICAL, ITALIAN BIOGRAPHY, VOL. 1 (This text is in Italian therefore it has been translated from Italian to English.)
GIORGI (Alessandro), a noble Venetian family, born in 1747 and died at the age of 32 Jesuits. I deserve much honor for having made the design of an Italian encyclopedia, and for having attracted many scholars of his time to join in that praiseworthy undertaking. He wrote some important operettas and articles.
GIORGI (Monsignor Domenico), antique dealer and bibliographer born at the Costa near Bovigo in 1690. He distinguished himself in Rome under the pontificates of Innocent XIII, who used it especially on the things that belonged to the ecclesiastical antiquities. He wrote several main works which we would like to mention: De antiquis Italiae metropolibus, ec. (1722). Treated over the sacred clothes of the Supreme Pontiff (1724). De liturgy romani pontificis in solemni celebratione missarum (1731-43-44, 3 volumes)
GIORGI (Gio. Antonio de ‘), born in Alessandria della Paglia in 1760, was a lawyer and in very clear letters. I study ancient and modern languages ​​and jurisprudence. It maintains many judiciary with decoration during the French domination and in 1814, when the Savoy house returned to the throne withdrawn in homeland, where it waited for the jurisprudence and the studies of the pleasant literature. He died in 1834, leaving various printed works, among which we will recall the following: Historical reasoning above Marengo. Historical memory on the ancient course of the waters in said city and on the canal already derived from the river Bormida (1805). Report on the castles, churches and monasteries of the department of Genoa, done at the request of the Genoese academy. Reasoning around the aid given by the city of Genoa, for the construction of Alessandria in Lombardy. Speech around a means of purging the Italian language from present corruption. The rural days (1826-27).
GIORGIO (San). Seven lands bear this name in the kingdom of Naples: 1. a in Terra di Lavoro, district of Gaeta, with 1100 inhabitants. 2. a In the Basilicata district of Lagonegro, with 1500 inhabitants. 3. a In the Terra d’Otranto, district of Taranto, with 1600 inhabitants. 4. a In Calabria the further district of Palmi, with 3400 inhabitants. 5. a In the province of Naples, the territory of Barra, with 2600 inhabitants. 6. a In the Principato Ulterior, district of Ariano with 4700 inhabitants. 7. a In the Principato Ulteriore, district of Avellino, with 4400 inhabitants. Three other lands with the same name are in Piedmont: the 1. a in Lomellina, the capital of Mandamento, with 2530 inhabitants. La 2. a in the province of Casale, Rosignano, with 840 inhabitants; and the 3. to the added of Canavese, and placed in the province of Ivrea, chief town of mandamento, and homeland of the famous Italian historian Carlo Botta, whose monument was erected by his countrymen. This land is poopulated by about 3650 inhabitants. Have a village of the same name on the island of Gozzo, near Malta.
GIORGIO MAGGIORE (San), a small island in the Venice Lagoon, to which it belongs, and where the free port is established, formed by an artificial basin, enclosed and defended by a dam, a beautiful work by the engineer Venturelli.

To find out which Coat of Arms above is associated with your direct lineage see the Which One is Mine? page. 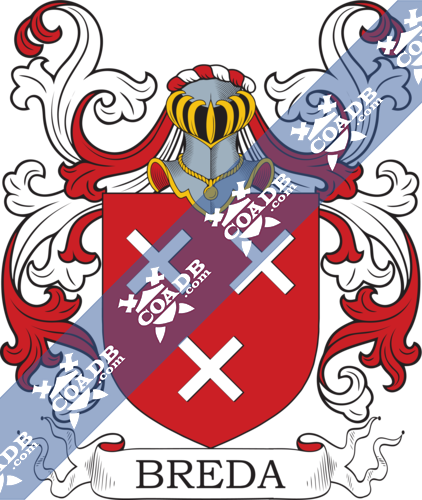 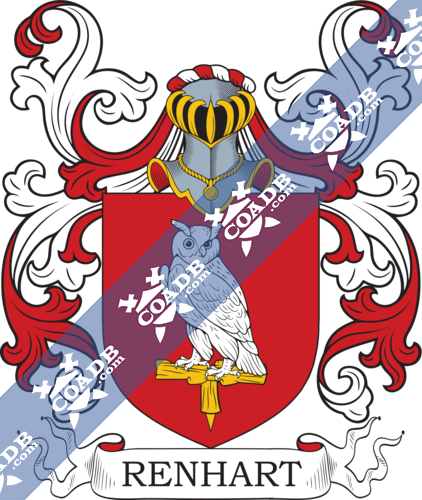