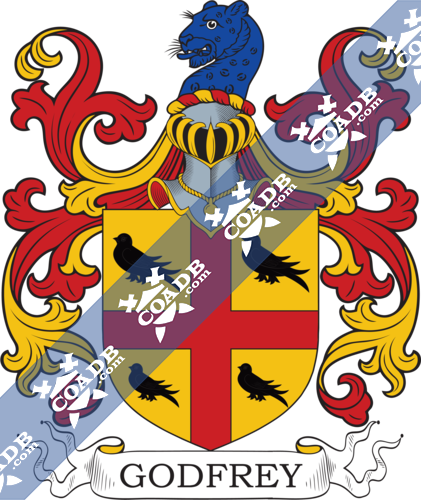 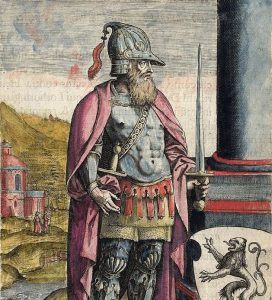 Godfrey I, Count of Louvain

This surname, also spelling Godfray, Godfree, or Godfreed, is a baptismal name meaning “the son of Godfrey”. The personal name Godfrey was popularized throughout Europe by the famous Crusader, Godfrey of Lorraine (997-1069 AD), also known as Godfrey the Bearded, who was the eldest son of Gothelo and served as Duke of Upper and Lower Lorraine, the former being granted to him by Holy Roman Emperor Henry III.  Another author states this is an ancient Teutonic personal name, which is the same as Geoffrey, or even Jeffrey. A different author believes it’s a Norman personal name Godefrei or Godefroi. Yet another author believes it comes from the Old French Godefroy, and was brought to England by settlers from Normandy and the Low Countries (Belgium and Holland).

As to the etymology of the personal name Godfrey, one author believes it comes from the words god (God) and frid or frede (peace), which concatenates to God’s peace, or from the words gau-fred, meaning joyful peace. The foreign equivalents are Godfred (Danish), Dodeefrid (in the Domesday Book),Godefroy (French), Gudfridr (Norse), and Gottfried (German). The Irish equivalent is MacGothraidh or Ó Gothraidh. It is rendered as Goraidh or Goiridh in Scottish Gaelic.

Early documentation of the name includes Henricus filius Godefridi recorded in the Pipe Roll during the reign (1154-1189 AD) of King Henry II, Peter filius Godfrey in county Norfolk and Alan Godefray in Norfolk in the Hundred Rolls in 1273 AD, and Willelmus Godefray in 1379 AD in the Poll Tax of Yorkshire. The name appears commonly with the Domesday Book (1086 AD) in the form Goisfridus. Other early notables include Alan Godefre of Huntingdonshire (1252 AD), and Maud Godefray of Nottinghamshire (1277 AD). A one Elizabeth Godfrye (daughter of Stephen) was baptized at St. Mary Aldermary in London in 1614. 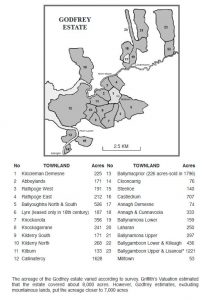 In his book, Homes of Family names, H.B. Guppy states the following regarding this last name: “The Godfreys have one of their principal, homes in the east of England, in Cambridgeshire, Beds, Herts, Leicestershire, etc.; and it is remarkable that six centuries ago the name in one form or another was still common in Cambridgeshire, and also occurred in the adjoining counties of Norfolk and Lincoln (H. R.). Wisbech is the residence of the name in this county. The Godfreys of the west of England are gathered together in the counties of Somerset and Gloucester.” Another author believes the Godfreys of Brook-Street House in county Kent are supposedly descendant from Godfrey le Fauconer, Lord of the manor of Hurst during the reign of King Henry II of England. In his book, A Topographical Dictionary of England, Samuel Lewis states “In the churchyard [of Woodford, Essex] is a splendid Corinthian column of marble, about forty feet in height, erected to the memory of Godfrey family, which flourished many years in Kent; also a tomb with a column entirely covered with ivy, of picturesque appearance, and a remarkably fine old yew-tree”.

Notable people bearing this name from hundreds of years ago include Godred Crovan (d. 1095 AD), the Norse-Gaelic King of Dublin and The Isles, as well as Godfrey (d. 1088 AD) the medival Bishop of Chichester, of whom little is known. 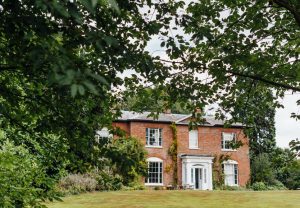 Bernard Burke’s book, The Landed Gentry, discusses the genealogy of two branches of this family: Godfrey-Faussett-Osborne of Hartlip Place and Godfrey of Kennett Hall. As to the first branch, the lineage or ancestry traces back to the settlement in Kent of the Osbourne family during the Saxon period. As to the second branch, the book mentions Reverend William Godfrey in county Cambridge and Suffolk, the Lord of the Manor of Kennett with Kentford and the Patron of the Rectory of Kennett (b. 1811). He married Agnes Leath, the daughter of Sir John C. Mortlock. He was the son of the late William Godfrey and Elizabeth Clift.

The surname is also discussed in detail in Bernard Burke’s Book Peerage and Knights. The first person listed is Sir William Maurice Godfrey, the 7th Baronet, of Bushfield in county Kerry who was born in 1909 and succeeded his father in 1935. He married Caroline Iris, daughter of Alban Robins, and had three children: Susan Mary (1934), Bridget Jane (1937), and Irish Belinda (1939). Burke traces the lienage back to Colonel John Godfrey of Ludlow’s Regiment of Horse, who obtained a grant of Bushfield (now Kilcoleman Abbey) for his services in Ireland during the Rebellion of 1641, which is 6,331 acres. He married Miss Davies and was succeeded by his only son: William Godfrey. William was in turn succeeded by his son John Godfrey, who married Philippa Chearnley and had the following issues: William and John. He was succeeded by John, who married Barbara, the daughter of Reverend Hathway, and had issue with her: William and Luke, the later being the Rector of Middleton. Luke (died 1782) married Mary Cope and had the following children: John,  Henry, Mary, Barbara, and Philippa. Luke was succeeded by his eldest son, Sir William Godfrey, the first Baronet, who was created a Baronet of Ireland on June 17, 1785. He represented the boroughs of Tralee and Belfast in the Irish Parliament, and married Agnes Blennerhasset, who had several issue. 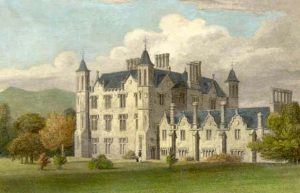 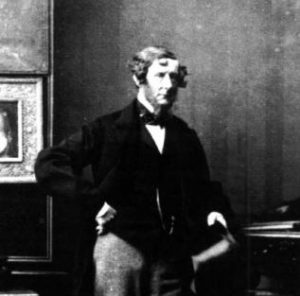 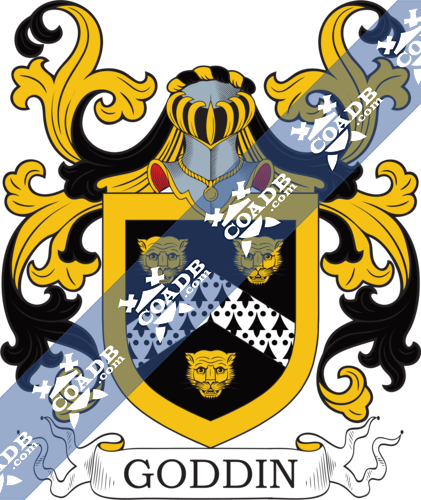 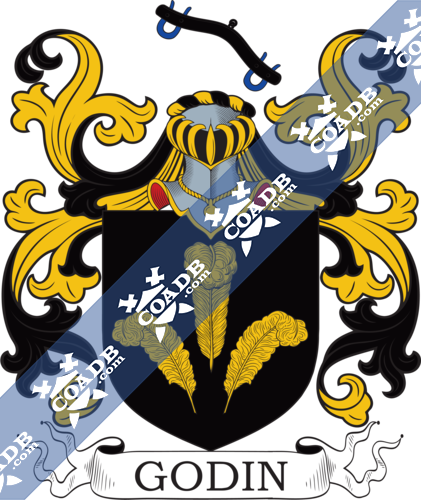