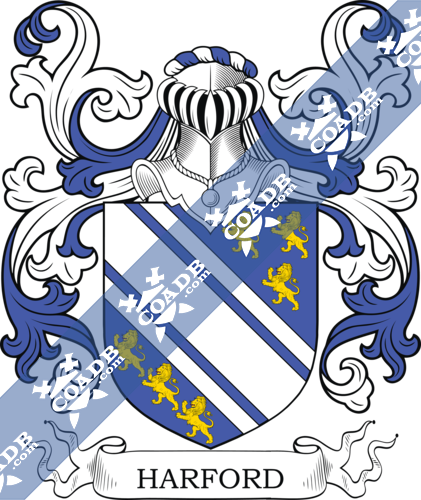 1) (Bosbury, co. Hereford; descended from Jons Harford, of Bosbury, Esq., by Anne, his wife, dau. of Richard Scrope, Esq., of Castlecombe). (Blaise Castle, co. Gloucester). (Sirhowy House, co. Monmouth). (Falcondale, Lampeter, co. Cardigan). Sa. two bends ar. on a canton (the arms of Scrope) az. a bend or. Crest—Out of flames ppr. a phoenix or, wings az. fire issuing from the mouth.
2) Az. a bend cotised ar. betw. six lions ramp. or.
3) Sa. an estoile of eight points ar.
4) (Henry Harford, Esq.). Paly of six or and sa. a bend counterchanged. Crest—Out of a ducal coronet or, two flags, the one gold the other sa. both staves of the first. 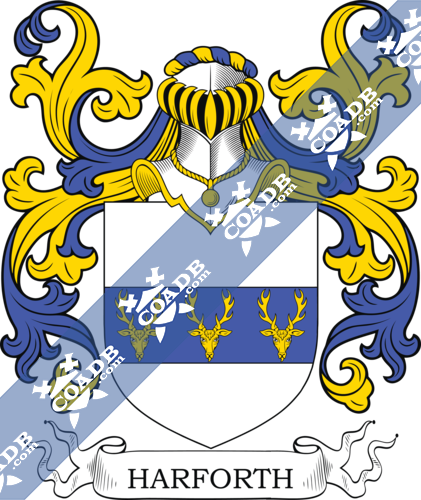