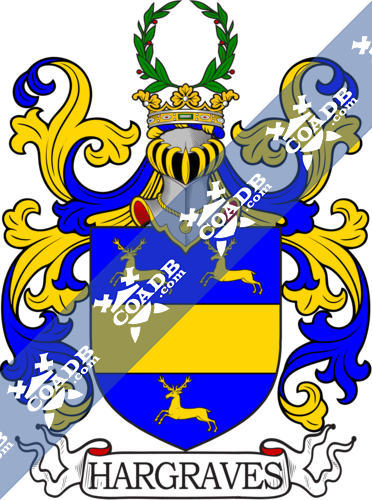 The origin of this interesting and unusual name originally evolved from Anglo-Saxon and is a locational name from any of the different regions in Cheshire, Northamptonshire and Suffolk named as Hargrave or Hargreave, listed as “Haregrave” and “Haragrau” ultimately in the Domesday Book of 1086. The region names acquired from the Olde English pre 7th Century word “har” which means gray, or the word “hara” meaning a rabbit like animal, and the component “graf, which means cluster of trees, woodland” or “graefe”, which means a brush, plant. The addition of the letter “s” means “of that region.” Geological surnames appeared when old residents of an area shifted to another area, frequently for the search of work, and were recognized by the name of their mother town. The surname is sometimes dated back to the end of 12th Century, and in the modern era, it can appear listed as Hargrever, Hargreaves, and Hargrove. Registers from London Parish Records consists of the wedding of John Hargraves and Florence Collicot in November 1634, at St. Stephan’s, Coleman Street, and the naming of Elizabeth Hargraves in March 1642, at St. Andrew’s, Holborn. Variations:

The origins of the surname Hargraves were found in Cheshire at Hargrave, which sometimes dates back to the book of Domesday of 1086 where it recorded as Haregrave. The Domesday Book also records Haragrauna in Suffolk and Haregrave in Northamptonshire.

The very first recorded spelling of the family was shown to be that of Geoffrey de Haregrave, dated about 1188, in the “Pipe Rolls of Derbyshire.” It was during the time of King Henry II who was known to be the “The Builder of Churches,” dated 1154-1189. The origin of surnames during this period became a necessity with the introduction of personal taxation. It came to be known as Poll Tax in England. Surnames all over the country began to develop, with unique and shocking spelling varieties of the original one.

Many of the people with surname Hargraves had moved to Ireland during the 17th century.

Some of the people with the surname Hargraves who settled in New Zealand in the 19th century included Ellen Hargraves at the age of 47 landed in Auckland, New-Zealand aboard the ship “ Dorette” in the year 1874.

James Hargraves or Hargrave (1690–1741) was an English Anglican religious person who became the Dean of Chichester Cathedral in 1739.

Owen Lee Hargreaves was born in January 1981, and is an English football player.

Daniel Hargraves was born in December 1975, is an old Australian rules football player.

Notes: None. Blazon: Az. a fesse betw. three stags courant or. Crest—Out of a ducal coronet two branches of laurel in orle ppr. 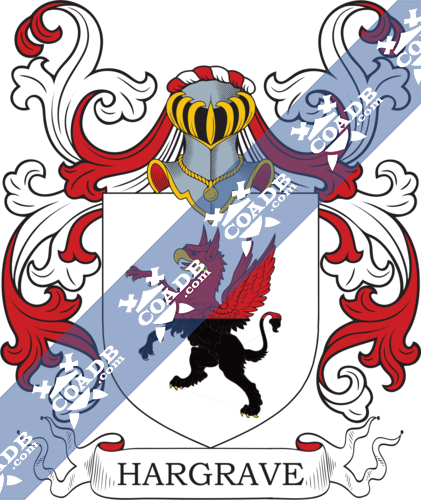 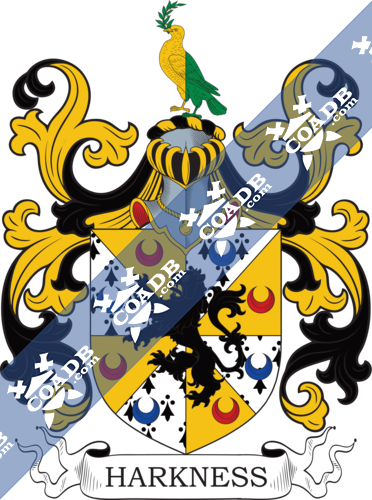