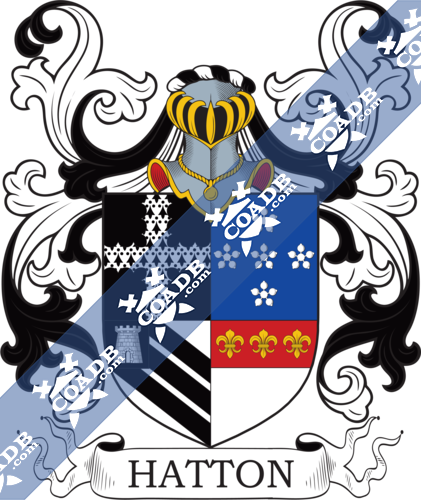 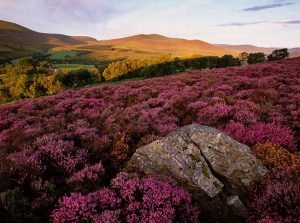 field of heather in Scotland

Surname Name Meaning, Origin, and Etymology
This last name has several origin theories. First, it is an English habitational name given to a person who resided in various places named Hatton (ex. places in Derbyshire, West London, Shropshire, and Cheshire, or perhaps a village in Scotland), deriving from the Old English word hoed meaning heathland or heather (low-growing woody vegetation, or a purplish flower), and tun, meaning settlement or enclosure. Second, it could have French origins and derives from the Germanic personal (first) name Hado or Hatto, a shortened version of various compound given names starting with the word hadu (strife). Third, in Ireland and Scotland, it could be a shortened and Anglicized version of the Gaelic surname MacGiolla Chatain or MacGille Chatain. Fourth, it could be a locational name for a person from a town on the height (cliff or hill?) deriving from the word haul (high). Fifth, it could be a locational name for a person from a town in the wood, from the Dutch word houdt and ton. Sixth, it could be related to the surname Haughton, a town in the vale or meadow.

Popularity & Geographic Distribution
The last name Hatton ranks 2,926th in popularity in terms in the United Status as of the 2000 Census. The name ranks particularly high in the following three states: Kentucky, Indiana, and Ohio.

George Fraser Black’s 1946 book The Surnames of Scotland states the following in regard to this last name: “(1) Local. William de Hatun who witnessed a charter by Matthew, bishop of Aberdeen, c, 1171—39 may have been an Englishman. (2) Perhaps from the Hattoun in Forfar Retours. Helen Hautoun in Nether Balnakeyth, 1593. (3) A curtailed form of (Macil)hatton, which see, current in Kintyre and adjacent parts of Argyllshire”.

Noble/Landed Bearers of The Surname Hatton
In his book Patronymica Britannica by Mark Antony Lower states the following in regard to this surname: “The noble family were descended from Sir Adam Hatton, of Hatton, co. Cheshire, grandson of Wulfrid, brother of Nigel, who was lord of Halton in the same county, by the gift of Hugh Lupus, Earl of Chester, soon after the Conquest”.

The famous genealogist Bernard Burke’s book “The Landed Gentry” discusses one branch of this family: Hatton of Clonard. It begins with a mention of Villiers La Touche Hatton, Esquire of Clonard in county Wexford, Justice of the Peace and Deputy Lieutenant, as well as High Sheriff in 1862, and a Lieutenant Colonel in the army, member if the Grenadier Guards. He was born in 1824, and in 1850, he married Rosa Mary, only daughter of Sir William Plunkett de Bathe, and he had two sons and two daughters with her: 1) Villiers (born 1852, Lieutenant and Captain in the Grenadier Guards), 2) William de Bathe (born 1855, Lieutenant in the 78th Highlanders), Rosia Mary, and Madeline Frances. Burke traces the Hatton genealogy or ancestry back to a family who settled in Wexford. Reverend Henry Hatton, son of Christopher, was born in 1615 and he became the Arch Bishop of St. John’s Camrbridge in 1637, as well as the Prebendary of Clone in the diocese of Ferns and Leighlin in 1662. He had a son named Thomas. This Thomas Hatton was Esquire of Gorey in the same county. Around 1700, he married Editha, daughter of Thomas Richards of Rathaspec, and had had six children with her. One of his sons was named John. In 1757, this John married Elizabeth, daughter of John Wray, Esquire of Castle Wray in county Donegal by Elinor, and had five sons with her: Henry (married Lady Anne Dane Gore, daughter of Arthur, 1st Earl of Arran), William (married Elizabeth Ross and had three children with her), George, and John (a Major-General, married Annetta Hodges and had six issue with her). His son George was Esquire and Member of Parliament for Lisburn, and he married Lady Isabella Rachel Seymour Conway, youngest daughter of Francis, 1st Marquess of Hertford, and had a daughter (who married Baron Grumker) as well as two sons named Henry John (a commander in the British Royal Navy) and Villiers Francis Hatton Esquire of county Wexford. The latter was born in 1787 and he was a Vice Admiral, as well as a Member of Parliament for Wexford. In 1817, he married Harriet, daughter of Honorable David la Touch of Dublin, and he had three issue with her: Villiers La Touche (mentioned at the beginning of this paragraph), Cecilia (married George Baird of Stichill House), and Elizabeth Frances (married Arthur Lowry Cole). He died in 1859. The Hatton Family Crest is blazoned as follows: Azure, on a chevron between three garbs or, an annulet gules. Crest: A hind statant or, charged with an annulet as in the arms. The family bore the following motto: Virtus tutissima cassis. 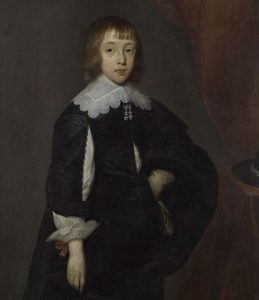 A one Samuel David Hatton Sr. was born in Buckinghamshire, England in 1749. He went to the America. He married Rosanna Queen in Virginia in 1768 and had the following children with her: John, Samuel, Asa, David, William Henry, and Phillip. His son David Harvey Hatton was born in Virginia in 1781. He married Sarah Berget and they had a son named Jonah. Jonah Berget Hatton was born in Hampshire, VA in 1809 and he married Sidney Minto Canterbury. They had the following issue together: March Frances (Thornhill), Lucinda C. (Culpepper), Marquis Lafayette, David Crockett Sr., Leah Ann (Sims), Liberty Lycurges, Irvin Hatton, and Emma Virginia (Goodrich). His son Marquis Lafayette Hatton was born in Missouri in 1839 and he married Elizabeth Sultanie (Anderson) with whom he had a daughter named Zora. Zora was born in 1870 and she married Travis C. Rattan and she had a daughter with him named Helen who was born in 1908 in Oklahoma.

In Canada, one of the earliest bearers of this surname was Etiennette Hatton who arrived in Montreal, Quebec in 1659. In Australia, one of the earliest bearers was George Hatton, a convict from Middlesex, England who was transported to New South Wales (a penal colony at the time) aboard the Almorah in April of 1817. One of the earliest settlers in New Zealand was J. Hatton, who came to the city of Wellington aboard the Agra in 1852. Ann Hatton, wife of Thomas, was buried at St. Michael’s parish in Barbados in 1678. Charles Hatton was recorded in the parish of Christ Church in Barbados, who owned  28 acres of land and 4 slaves, in around 1680.

Early Americans Bearing the Hatton Family Crest
I’ve checked three sources to find information on the Hatton genealogy and any heraldic arms they bore in America, but I was unable to find any bearers in America.

Mottoes
We have identified 5 Hatton family mottoes:
Quid ni tandem (Why did he not at last (?))
Gwillim (a Welsh? surname)
Nil conscire sib (To be unconscious of guilt)
Virtus tutissima cassis (Virtue is the safest helmet)
Pax (Peace)

Grantees
We have 16 coats of arms for the Hatton surname depicted here. These 16 blazons are from Bernard Burke’s book The General Armory of England, Ireland, and Scotland, which was published in 1848. The bottom of this page contains the blazons, and in many instances contains some historical, geographical, and genealogical about where coat of arms was found and who bore it. People with this last name that bore a Hatton Coat of Arms include:
1) George Hatton of Fulwell, Gloucester, by Cooke

Notables
There are hundreds of notable people with the Hatton surname. This page will mention a handful. Famous people with this last name include: 1) Ann Julia Hatton (1764-1838) who was an English poet from Worcester, 2) Robert Hopkins Hatton (1826-1862) who was a lawyer , congressmen in the U.S. House of Representatives for Tennessee in 1859, and a General for the Confederate States of American during the American Civil War, 3) Frank Hatton (1846-1894) who is an American politican and newspapermen that served in the Civil War and became the 32nd Post Master General of the US in 1864, 4) John Liptrot Hatton (1809-1886) who was an English composer, pianist, and singer from Liverpool, 5) Marion Hatton (1835-1905) who was a New Zealand suffragist from Preston, England, 6) Robert James Hatton (1947) who was a former English football (soccer) player from Hull, and 7) Sir Christopher Hatton (1540-1591) who was an English politician that became Lord Chancellor of England during the reign of Elizabeth I of England. 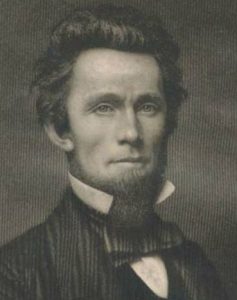 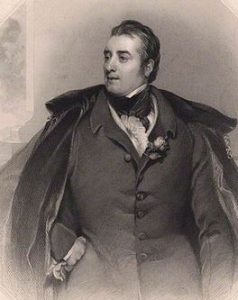 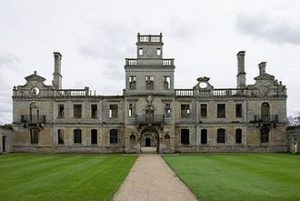 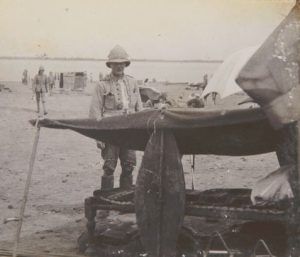 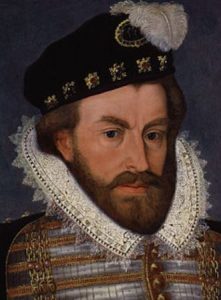 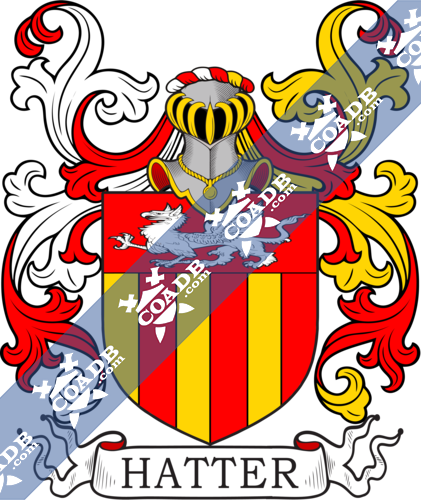 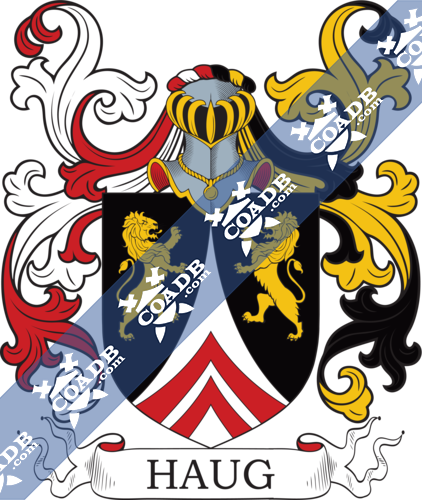