Surname Name Meaning, Origin, and Etymology
This is a locational surname meaning “of Hinton”, parishes in the dioceses of Salisbury, Oxford, Winchester, Bath, Wells, and several other counties. There is also a small village named Piddlehinton in Dorset, which was named after the Piddle River. The name means “the old town”, deriving from the Welsh word hen, meaning old. Another source claims it comes from the Old English word hean or heah, meaning high, and hence referred to an elevated city. Another etymology is that the name derives from the Old English word hiwan, meaning household or monastery.

In his 1890 book Homes of Family Names, H.B. writes: “Hinton is the name of a town and of hamlets in the county [Shropshire]. Thomas Hinton was a bailiff of Ludlow in 1708”. One source claims the family held land and titles in Cumberland where they were first found.

Early American and New World Settlers
The book “Genealogical Guide to the Early Settlers of America” mentions one person bearing this name: Benjamin Hinton of Springfield, recorded in 1678. Thomas Hinton, son of Sir John Hinton (who was Physician to King Charles I and II of England), was born at Leydon, Holland in 1640. In 1665, he came to Baltimore, Maryland. He bore a coat of arms blazoned as follows: Per fesse indented sable and or, six fleur-de-lis counterchanged, with crest that was an eagle’s leg erased encircled by a serpent proper. John Hinton and Ellias Hinton were recorded as living in Virginia in 1623.  William Hynton came to Virginia from the port of London in 1635 aboard the Speedwell. Other early settlers include John Hinton (Jamestown, VA 1624), Samuel Hinton (Virginia 1706), William Hinton (Philadelphia 1717), and James Hinton (Maryland 1774).

Mottoes
The Hinton family motto is Assurgam, meaning “We rise up” or “I will rise above”. This is the infinitve form of the word assurgere, which means “to achieve honor [above others]”.

Notables
Famous people with this last name include: 1) Gerry Earl Hinton (1930-2000) who was a pioneer in the field of chiropractic and a State Senator from Louisiana, 2)  James Hinton (1822-1875) who was an English author and surgeon (and father of the mathematician Charles Howard Hinton), and 3) Joseph Hinton (1862-1941) who was a British organist and composer. 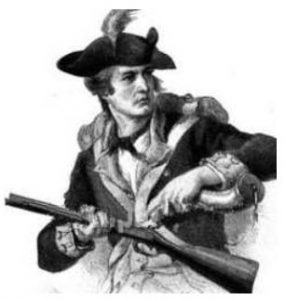 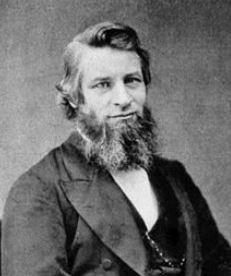 1) (Hinton). Per fesse indented sa. and ar. six fleurs-de-lis counterchanged.
2) (South Denchworth and Kingston-Lisle, co. Berks, and co. Salop). Same Arms. Crest—An eagle’s leg erased, encircled by a serpent ppr.
3) (co. Cumberland). Per fesse indented sa. and or, six fleurs-de-lis counterchanged ar. and sa.
4) (co. Derby, and Deverel-Langbridge, co. Dorset). Vert a bend or.
5) (co. Essex). Vert a bend ar.
6) (co. Salop). Ar. on a bend sa. three martlets of the field. Crest—The paschal lamb ar. glory or, carrying a banner of the first, charged with a cross gu.
7) (Ringwardine, co. Salop). Same Arms as Hinton, of co. Salop, with a crescent in chief.
8) (Rushton, co. Chester). Az. on a bend sa. betw. two poppies gu. stalked vert, three martlets ar.
9) (quartered by Stanley, of Dalgarth and Awsthwaite. Visit. Cumberland, 1615). Per fess indented or and sa. a fleur-de-lis counterchanged.
10) Erm. on a chev. sa. five martlets ar.
11) Gu. on a bend ar. cotised or, three martlets sa.
12) Per fesse indented sa. and or, on a chief ar. two fleurs-de-lis of the first.
13) Per fesse indented sa. and or, in chief three fleurs-de-lis ar.
14) (co. Salop; Anne, dau. and co-heir of Griffith Hinton, of that place, m. Thomas Cludde, of Orleton, in same co., 30 Henry VIII., 1538. Visit. Notts, 1614). Ar. in chief two estoiles, and in base three arrows, two in saltire and one in pale ppr. flighted of the field, barbed az. banded gu.
15) (Halstone, co. Wexford; confirmed to Thomas Hinton, Esq., of that place). Motto—Assurgam. Ar. on a bend az. cotised gu. betw. six trefoils slipped vert three doves close of the first. Crest—A mount vert, thereon an eagle’s leg erased, the claw pressing down the neck of a serpent entwined around the limb all ppr.