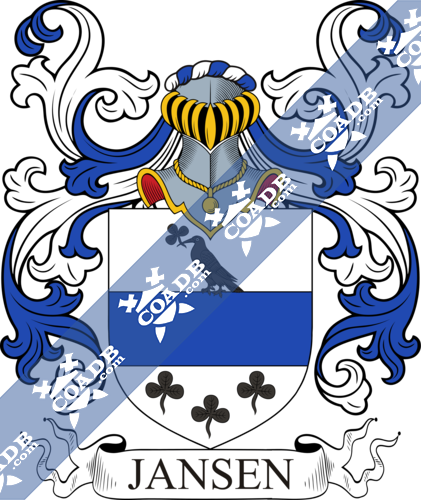 This popular surname is a patronymic or baptismal form of the personal (first) name Jan, a vernacular form of Johannes or John, John being an old biblical name meaning the gracious gift of Jehovah. The name is considered Danish, Norwegian, North German, Dutch, Flemish, and Swedish. It is the continental equivalent of the English last name Johnson. One source claims the name originated in Schleswig, Germany, which was once a Duchy from 1058-1866, and is considered to be the homeland of the Jute tribe, a Germanic people who were a powerful group during the Nordic Iron Age (starting in 600s BC). It is surely one of the most widespread surnames in Europe, partially because many Crusaders and Knights, returning from the Holy Land during the Middle Ages, often gave their children biblical names.

I have identified three documented Jansen/Janson family mottos:
1) REGEM EGO COMITEM ME COMES REGEM – “you made me a Count, I will make you a King”
2) RECTITUDO – “Straightness” or “Correctness” or “Rectitude”
3) VIS IN CAPITE EST – “The strength is inside the head”

This surname ranks 2,073rd in the United States as of the 2000 Census. In the Netherlands, the name ranks first! It ranks high in the following nations as well: Germany (69th), South Africa (45th), Belgium (57th), Norway (141st), and Denmark (373rd). The spelling variant Janssens is the second most common surname in the country of Belgium. In the United States, the name ranks particularly high in the following seven states: Wisconsin, Illinois, Minnesota, Missouri, Iowa, Nebraska, and South Dakota.

Some notable or famous individuals who bore this popular northern European surname include: 1) Peter Jansen (1852-1923) who was a sheep rancher who became a state representative and senator in the state of Nebraska, 2) Cornelius Jansen (1510-1576) who was the first Bishop of Ghent, 3) Hermann Jansen (1869-1945) who was a German university teacher, urban planner, and architect, 4) Cornelius Jansen (1585-1683) who was a Dutch Catholic Bishop of Ypres in Flander who was the father of Jansenism, a new religious/theological movement that emphasized origin sun, human depravity, and predestination, 5) Karl Emanuel Jansson (1846-1874) who was a Swedish-Finnuish painter who specialized in genre scenes (scenes from everyday life).

Here is one pedigree of one branch of the Jansen family:
Wolfaert Van Keulen (born in Cologne, Germany around 1500 AD)
Mathij Wolfaertse Van Keulen (born in Antwerp, Belgium in 1545, married Mayken Mertens).
Jan Mathijs (born in Anterp, Belgium around 1580, married Annetje Jans)
Mathijs Jansz (b. Amsterdam, Holland, Netherlands in 1602, went to New Netherlands in America). He married Margriet Hendrickse in Brazil in 1641. He had the following children: Anneke, Catharyn, Jan, and Mattys van Kauren. His son Jan Matthysen was born in Fort Orange, New Netherlands in 1646. In 1667, he married Magdalena Blanchan and had the following children with her: Margrita, Matthys, Magdalena (Brodhead), Hendrick, Thomas, Davit, Margriet (Burhans), Sarah, Catheryn (Crooke), and Maria. His son Matthys Jansen or Janssen was born in Kingston, Ulster, NY prior to 1671. He married three times: Anna Elmendorf, Rachel Popinga, and Annetie Maston. He had the following children: Johannes, Margrietje, Marrytje (Dekker), Magdalena, Tomas, Rachel, and Cornelis.

A one Gerrit Jansen, from the town of Vuren in the Netherlands, arrived at the Cape of Good Hope in South Africa in 1687. It is unknown why he left, but it is assumed it was due to high levels of poverty in Vuren, perhaps due to flooding and damage in the area caused by the French army during the Third Anglo-Dutch War that started in 1672. He farmed, had vineyards and raised livestock. His wife was named Suzanne (who was of French descent). 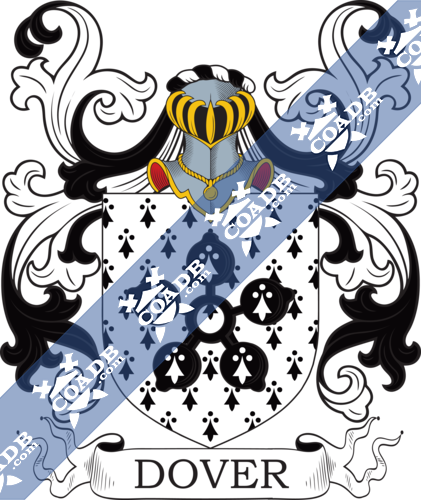