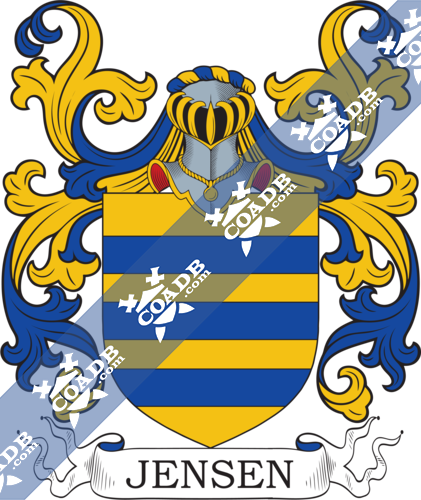 This is a Scandinavian or Nordic patronymic or baptismal surname meaning “the son of Jens”. Jens is a personal (first) name that was given to males in Denmark, Norway, Sweden, the Faroe Islands, North Germany, and areas of Frisia in medieval times and the Middle Ages, itself a shortened/reduced form of the masculine given name Johannes (a medieval Latin name which traces back to a Greek name which itself derives from the Hebrew name Yehochanan, meaning Yahew, or God, is gracious). The Jensen family motto is Suum cuique et alterum non laedere, which is Latin for “To each his own, and not to injure”. 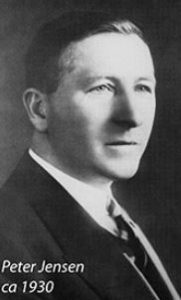 There have been numerous notable/famous people throughout history with this popular last name, including, but not limited to: 1) Peter L. Jensen (1886-1962) who was a pioneer in the field of fidelity sound equipment that invented the first loud speaker, having been born in the Danish island of Falster, the founder of Jensen Loudspeakers, 2) Jens Jensen (1860-1951) who was a Danish-American landscape architect best known for his prairie style work, and had collaborates with others such as Albert Kahn and Frank Lloyd Wright, 3) Martin Jensen (1978) who was an Danish football (soccer) player born in Esbjerg who played for several teams from 1996-2018, 4) Rasmus Jensen (died 1620) was a Danish Lutheran priest and the first Lutheran cleric operating in Canada, 5) Wilhelm Hermann Jensen (1837-1911) who was a German writer and poet born in Holstein who is chiefly remembered for the novella Gradiva, 6) Alexander Viggo Jensen (1874-1930) who was the first Danish Olympic gold medalist, having won the two hand lift in Athens in 1896, as well as a shooter and gymnast, 7) Steven Allan Jensen (1955) who was a professional hockey player born in Minneapolis, Minnesota and plated in the NHL and WHA from 1975 to 1986 for teams such as the Minnesota North Star and Vancouver Blazers, 8) Ruben Yttergård Jenssen (1988) who is a professional Norwegian football (soccer) player who began playing in 2006 and had last made the national team in 2010, 9) Roald Jensen (1943-1987) who was a professional soccer player from Bergen known as “Kniksen” who played from 1960 to 1973 for Brann and Heart of Midlothian, and 10) Roger Jensen (1933-2001) who is considered to be the first person to have actively photographed storms beginning.

Jens Peter Jensen was born in Essa, Denmark in 1879. He married Tomina Hoakson and had the following issue with her: Matilda, Martina A. (Benstead), Anders C., Andrew C., Cinius M., Lilia, and Bernice. 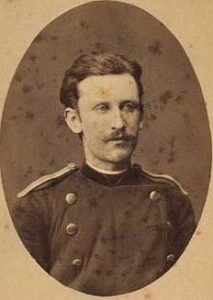 Knud Jensen was born in Nilose, Merlose, Holbaek in 1763. He married Karen Michelsdatter and later Sidse Christensdatter. He had a son named Jens Knudsen who was born in Lynge in 1811. 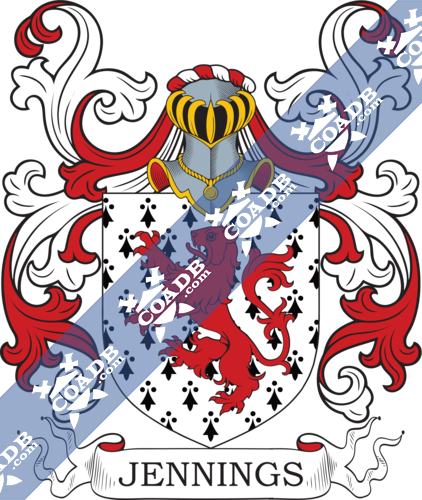 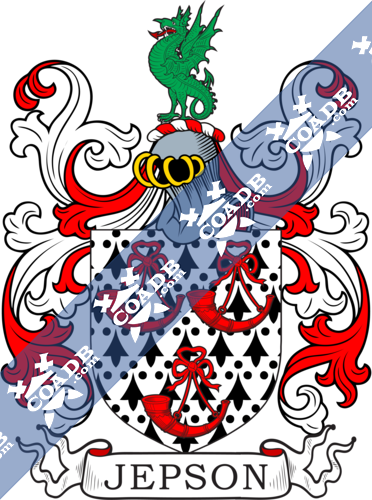