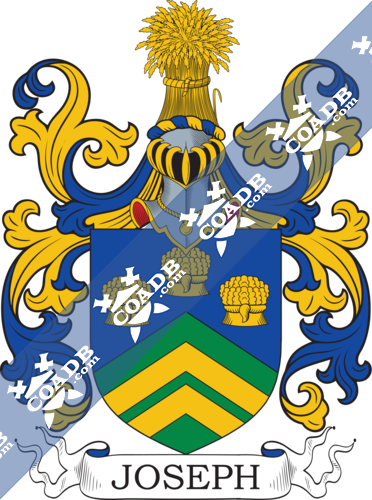 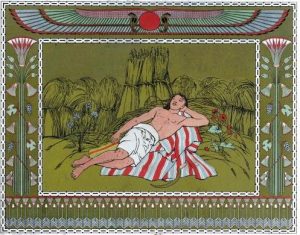 Meaning, Origin, Etymology
The surname Joseph is an Anglo-Saxon name that comes from the baptismal name for the son of Joseph.  It is of English, German, French, Spanish and Jewish cultures. It derived from the Hebrew Yosef may He (God) add (another son), so basically ‘god may add to’ is a rough translation.  In Europe the name was borne frequently by Jews, it was introduced into England by returning Crusaders and Pilgrims of the 11th century. The name is Hebrew and came from the Holy Land but was not originally a surname.  Persons of Jewish faith were not allowed to settle in England because they were banned by King Edward around 1290. They were finally allowed to settle in England around 1655 during the reign of Owen Cromwell. The name has been a very popular name in England since the Norman times.   The first known record of the surname is that of ‘Josephus of London’ being recorded in the 1086 Domesday Book. 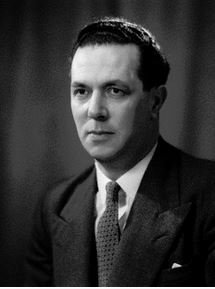 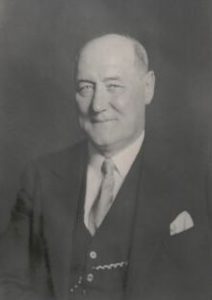 JOSEPH FAMILY SUSSEX, DELAWARE
John Joseph born 1537 in Cornwall England married November 2, 1562 in Wendron, Cornwall, England to Jenet Coorbis (1542-1600). John died 1603 in Cornwall England. They had one son Thomas Joseph born 1592 in Cornwall England married January 19, 1617 to Johanna (1597-1667). He died 1656 in Cornwall England. Their Children were: Jane, Ralph, John, Thomas, Pentecosta, Joseph, and Blandina. Their son John was born 1635 in Wendron, Cornwall, England married July 9, 1688 to Elizabeth Thomas who was born in 1640. John died in 1732 in Wendron, Cornwall, England. Their children were: William, Thomas, Bennett, John and Susannah. Their son William was born in 1650 in Dublin, Ireland married 1675 in England to Elizabeth Carberry (1658-1713). He died 1729 in St. Marys, Maryland. Their Children were: William, Elizabeth, Joseph, and John. Their son Joseph was born 1686 in Dublin, Ireland married 1714 in Delaware to Mary who was born 1690. He died 1755 in Indian River, Sussex, Delaware. Their children were: Jeremiah and Berthena. Their son Jeremiah was born 1715 in Indian River, Sussex, Delaware married 1740 in Sussex, Delaware to Mary Polly Smith (1716-1759). He died March 8, 1784 in Indian River, Sussex, Delaware. They had the following children: Lavinia, Elisha, Esther, Hezekiah, Joseph, Jonathan, William, Zechariah, and Elizabeth. Their son William Joseph born on April 27, 1747 in Indian River Hundred, Sussex County, Delaware married September 25, 1766 in Snow Hill, Worcester, Maryland to Sarah Stafford born 1748 in Indian River, Sussex County, Delaware and she died February 23, 1834 she is the daughter of Thomas Stafford (1720-1790) and Rachel Merritt (1729-1795) both of Sussex, Delaware. William was a Sergeant with the Continental Troops in Virginia during the Revolutionary War. William and Sarah had the following children: Lavina, Hannah, Rebecca, Lemuel, Fanny, Elizabeth, Jeremiah, Sarah, Nathan, Frances, Rosanna, Hezekiah, John, Reason, William, Cassie and Clemon. William died June 30, 1828 in Morgantown, Monongalia, West Virginia. 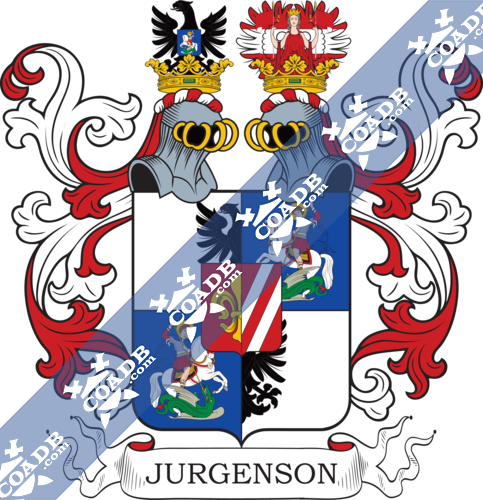 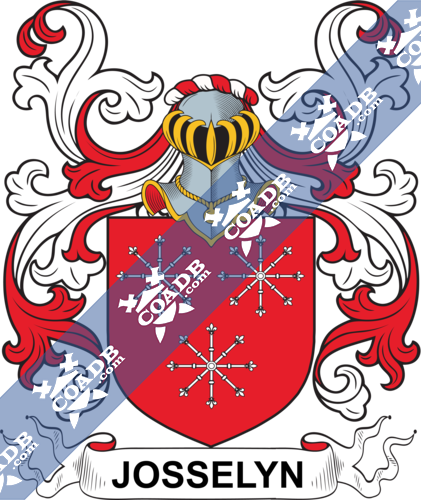