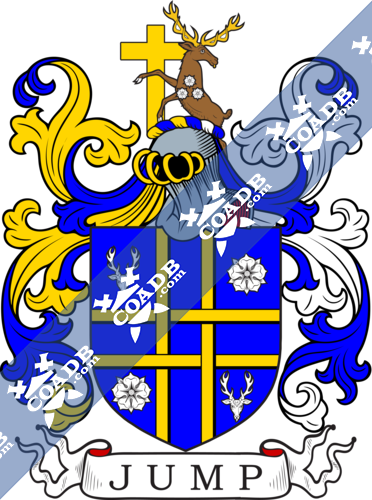 The origin of this interesting and unique surname originally evolved from England and is a locational name from Jump, a church near Plymouth in the division of Devon, or the small hamlet of Jump in the West Riding of Yorkshire. The surname dates back to the mid of the 16th Century. More documentation of the surname consist of one Stephen Jump who married Margrett Broome in October in the year 1624, at St. Mary’s, Somerset. Thomas Jumpe married Sarah Holte in July in the year 1644, at Skipton in Craven, Yorkshire, and Peter Jump married Ann Smith in January in the year 1688, at St. James, Dukes area, London. John, son of Peter and Ann Jump, named at St. Mary’s, Whitchurch Stepney, in August in the year 1690, and Peter Jump married Dorothy Jackson in London in May in the year 1708. The Developmental name of the surname Jump is Jump, Jumpe and much more.

The origins of the surname Jump are found in the west riding of Yorkshire where people held a family seat from early times.

The very first recorded spelling of the family was shown to be that of Margery Jumpe married John Willyams, dated about the year 1569, in the St. James, Clerkenwell. It was during the time of Queen Elizabeth 1, who was known to be the “Good Queen Bess,” dated 1558 – 1603. The origin of surnames during this period became an important requirement with the introduction of particular taxation. It came to be known as census Tax in England. Surnames all over the country started to develop, with different and shocking spelling variations of the original one.

Many of the people with the name Jump had moved to Ireland during the 17th century.

The following century saw much more Jump surnames arrive. Some of the people with the surname Jump who arrived in the United States in the 18th century included William Jump came in America in the year 1755.

Alexander Gordon Jump (April 1932 – September 2003) was an American artist and entertainer well-known as the clueless radio station officer Arthur “Big Guy” Carlson in the TV series WKRP in Cincinnati and the incapable “officer of Police Tinkler” in the sitcom Soap. Jump’s most remarkable guest performance was on the 1980s sitcom Different Strokes where he represented a pedophile and bicycle shop holder, Mr. Horton. His role chased after injured Arnold and his friend, Dudley. The two episodes were revolutionary and allowed assistants to have the difficult communications on certain topics with their children. He also played the “Maytag Repairman” in the advertisement of the Maytag brand devices, from 1989 until his retirement from work in July 2003.

Stewart Jump was born in the year 1952. He is a professional football player.

Isaac Jump was an American local leader, agent to the Republican National Convention from Delaware,1872. He was a candidate for Governor of Delaware in the year 1874.

John W.D Jump was an American Republican leader, post officer at Easton, Maryland, from the year 1916 to the year 1922.

(granted to Henry Jump, Esq., of Woodlands, Little Woolton, co. Lancaster). Motto—Fortiter et fideliter. Azure a cross parted and fretty or, in the 1st and 4th quarters a, stag’s head, and in the 2nd and 3rd a rose argent. Crest—A demi stag reguardant proper charged on the shoulder with three roses chevronwise argent supporting a passion cross or. 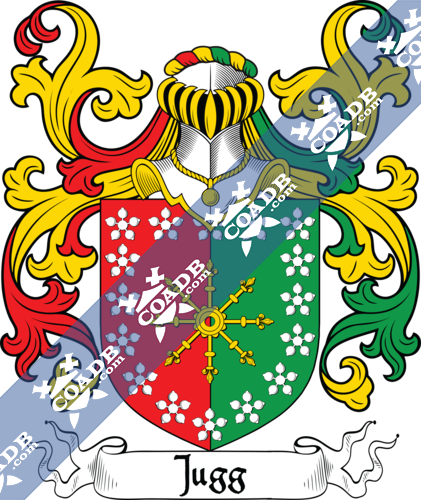 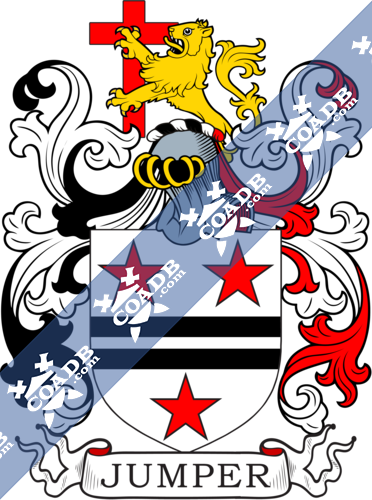