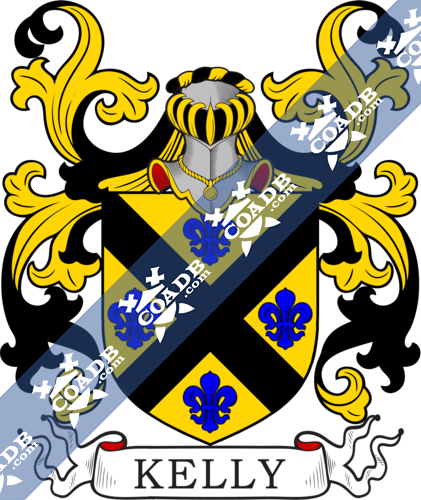 The surname of Kelly has possible derivations in the countries of both Ireland and England. Firstly, the surname is a possible Anglicized form of the Old Gaelic surname of “O’Ceallaigh.” The patronymic surname has two elements. Firstly, the “O” prefix, which denoted the patronymic part of the surname, “O” can be translated to mean “son of.” The second component of the surname of “O’Ceallaigh” is the personal given name of “Ceallach,” which can be translated to mean “contention,” or “strife.” The popularity and notoriety of this surname in the country of Ireland stems from the Ui Maine reigning chieftain who bore the surname of O’Ceallaigh and was a supporter of the arts. This chieftain’s surname is officially recognized as the Anglicized “O’Kelly” in many parts of Ireland. The other possible derivation of the surname of Kelly is of a locational surname. This means that the surname of Kelly was often taken by the Lord or owner of the land from which the name derives. Others who may have take a locational surname are people who have migrated out of the area to seek out work. The easiest way to identify someone who was a stranger at that time was by the name of their birthplace. The location from which this surname may derive is in England. Within County Devonshire, there is a town of “Kelli” which was named in the 1194 Pipe Rolls of Devonshire County. Those who came from the town of Kelli may have adopted the surname as they migrated from the place of their birth. This surname may also be a locational surname from the country of Scotland. Within the country of Scotland, there is a toen called Kelly in the county of Angus. This town name stems from the Gaelic element of “coille,” which can be translated to mean “wood” or “grove.”

The first recorded spelling of the surname of Kelly comes in the country of England. One person by the name of Warin de Kelly was noted and mentioned in the document called the Pipe Rolls of Devonshire in the year of 1194. This document, the Pipe Rolls of Devonshire, were ordered, decreed, and written under the reign of one King Richard I of England,who was known throughout the history of the ages as one “Richard the Lionheart” or “The Lionheart.” King Richard I of England ruled from the year 1189 to the year 1199. Other mentions of the surname of Kelly in England include the birth of Henry Kelly, who was the son of William Kelly and Jane Trecarrell, was recorded in the city of Kelly, Devonshire in the year of 1521. Those who bear the surname of Kelly within the country of England can be found in Yorkshire, Lancashire, and on the Isle of Man.

Ellison Lamar Kelly (1935-2016) who was a CFL football offensive lineman from America, who was also inducted into the Canadian Football Hall of Fame in the year of 1992

Ellsworth Kelly (1923-2016) who was a painter, printmaker, and sculptor from America

Richard Francis “Dick” Kelly Jr. (1936-2015) who was a politician from America, was also a businessman, and served as a Member of the Illinois House of Representatives and Senate

Mr. James Robert Kelly (died in 1915) who was a Second Class passenger from New York, New York, who was aboard the RMS Lusitania at the time of the sinking, and did not survive the sinking of the vessel

Miss Margaret S. Kelly (died in 1915) who was a Second Class passenger from Pittsburgh, Pennsylvania, who was aboard the RMS Lusitania at the time of the sinking, and did not survive the sinking of the vessel, and her body was recovered in the wreckage of the vessel

Julianne Frances Kelly (1968-1988) who was a student from Dedham, Massachusetts who was aboard the Pan Am Flight 103, from Frankfurt to Detroit, at the time of the crash, which today is known as the Lockerbie Bombing of 1988, and did not survive the crash of the plane 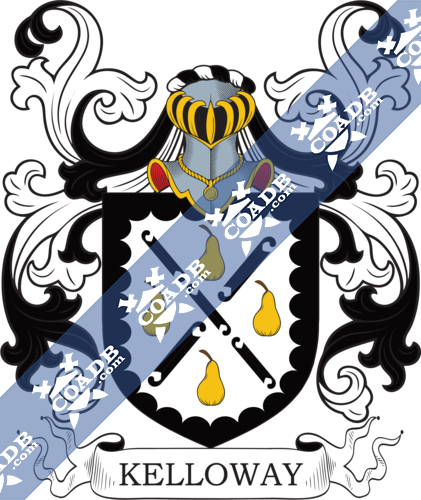