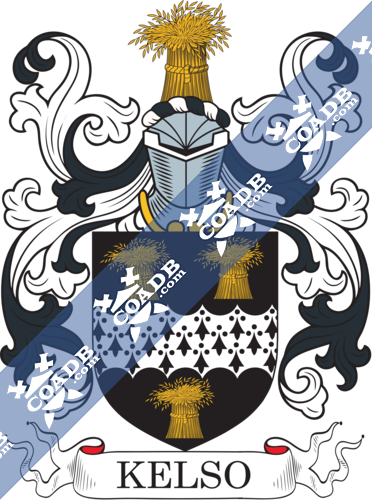 Origins of Kelso:
It is an old Scottish locational surname.  It is either from the town of Kelso in Roxburghshire, or an estate known as Kelsoland.  It is also one of the earliest noted surnames not just of Scotland but the whole British Islands, the name holders holding different positions of prominence in old times.  There were many branches, but the main one was known as the Kelso’s of Kelsoland in Largs, although this special family later became obsolete in the 17th century.  The first known record of the surname considered to be that of Arnold de Kelso. He, in the year 1200, entered into an agreement with the priests of the abbey of Kelso to allow them the use of some of his lands, while at much the same time Richard of Kelso, the relationship is not known, was the clerk to the Chancellor of Scotland.  Although the Richard held arguably one of the most important positions in the country and was responsible for the correctness of the records, he seems to have some doubt about the spelling of his name, which also noted as Kelchow.  An old name holder with an alternative spelling was Hugh de Kelshowe of Ayrshire, a knight, and possibly a member of Parliament, who rendered tribute to the government of John Baliol, in 1296.

Scotland:
The surname Kelso was first discovered in Roxburghshire, where they were given lands by King Malcolm Canmore, King of Scotland, consisting of the Abbey and estates of Kelso, originally the Abbey of Selkirk.

Ireland:
Many of the people with surname Kelso had moved to Ireland during the 17th century.

New-Zealand:
Some of the population with the surname Kelso who arrived in New Zealand in the 19th century included Archibald Kelso arrived in Auckland, New Zealand aboard the ship “Resolute” in 1865. 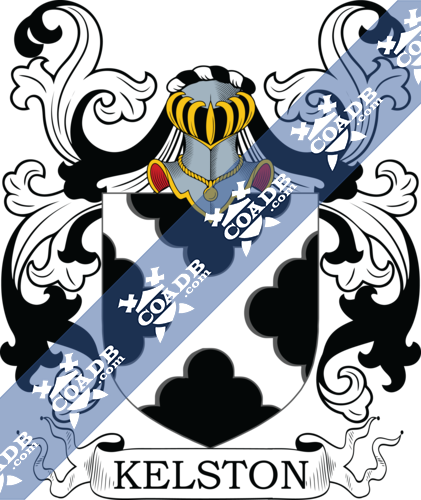