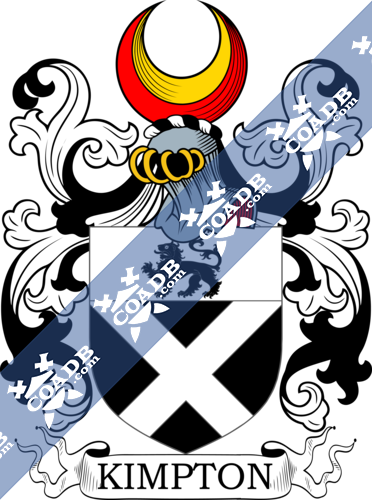 This interesting surname is of Anglo-Saxon origin and is a geographical name from either of two places thus called. Kimpton in Hampshire noted as “Chementune” in the Domesday Book of 1086, and as “Keminton” in the 1167 Pipe Rolls, and the place in Hertfordshire noted as “Kamintone” in the Domesday Book and as “Cuminton” in the 1198 Feet of Fines. Both place names share the similar meaning and origin, which is from the Olde English pre 7th Century specific name “Cyma” (a short form of “Cynemaer”, combination of the components “cyne”, which means royal, with “maer”, fame), and “tun”, which means enclosure, settlement. So, “Cyma’s enclosure.” During the Middle Ages when migration for the purpose of job-seeking was becoming more common, people often took their old hamlet name as a source of recognition, thus resulting in a wide spreading of the name. Recordings of the surname from Hertfordshire Parish Records contain the christening of Cutbertus, son of Wilhelmi Kimpton, in September 1547, at Stevenage; the wedding of William Kimpton and Elizabeth Sleape in November 1559, at Hertingfordbury; and the wedding of Edmund Kimpton and Elizabeth Whitt, in October 1566, at All Saints and Saint John, Hertford.

The surname Kimpton first appeared in Kempston, churches in Bedfordshire and Norfolk. The first record of the family was Peter de Kemeston who was noted in the Pipe Rolls of Bedfordshire in 1190. Years later the Hundredorum Rolls of 1273 in Berkshire noted as Simon de Kempston, and after that again, Symond Kempston noted in the year 1426 in the Paston Letters and Papers of the Fifteenth Century. Richard Kemson recorded in the Yorkshire Poll Tax Rolls of 1379.

The very first recorded spelling of the family was shown to be that of Thomas de Kymynton, dated about 1327, in the “Exchequer Lay Subsidy for Somerset.” It was during the time of King Edward III who was known to be the “The Father of the Navy,” dated 1327 – 1377. The origin of surnames during this period became a necessity with the introduction of personal taxation. It came to be known as Poll Tax in England.

Many of the people with surname Kimpton had moved to Ireland during the 17th century.

Lawrence Alpheus Kimpton (1910–1973) was an American scholar and educator, and a director of the University of Chicago. He got a B.A. at Stanford and a Ph.D. in philosophy at Cornell University, and he considered Deep Springs College before joining Chicago as a professor of philosophy in 1943.

1) Sa. a saltire ar. on a chief of the second a lion pass. of the first. Crest—A crescent per crescent or and gu.
2) (Monken Hadley, co. Middlesex; granted by Cooke, Clarenceux, 3 April, 1574). Az. a pelican betw. three fleurs-de lis or. Crest—A demi goat ermines, horned and hoofed gold, a collar and chain about his neck sa. 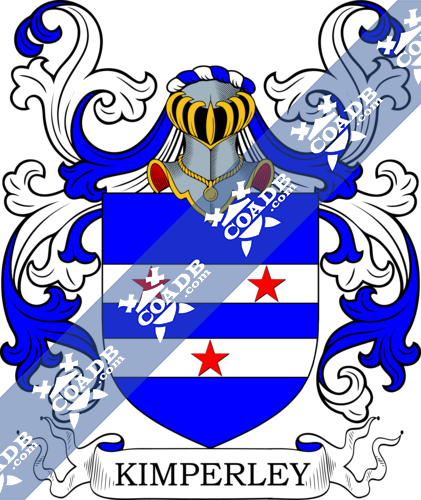 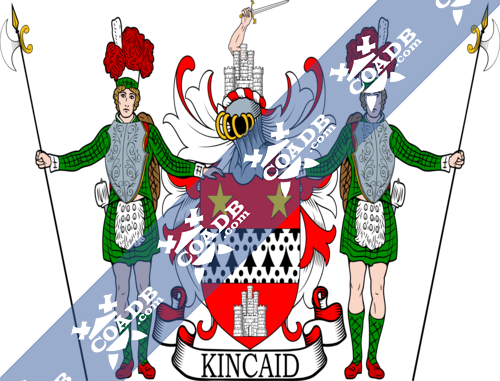