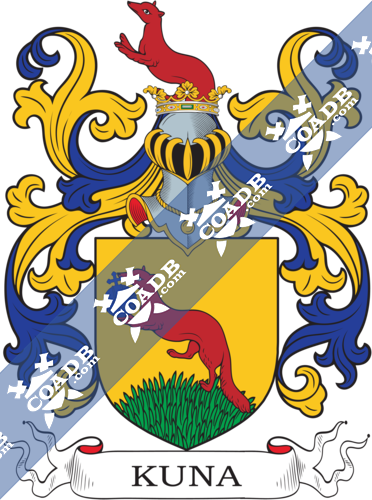 Origins of Kuna:
This famous German surname and the original particular name of the pre 7th century noted in over one hundred spellings all over the Europe and Scandanavia.  These include the basic forms of Conrad (old German and old English and French), Konrad, Kohrt, Kordt, Kunrad, Kuhndert, Kuhnt, and Kurth appeared mainly in Austria, Germany and Switzerland, to Koenraad (Czech), Kondrat (Russia), Corradi (Italian), Cunradi (Tuscany), Korlat (Hungary), little such as Kienzle, Kunc, Kunz, Kuntz, Kunzel, Zunzelman, and patronymics Kurten, Coners, Conerding, Conradsen, Coenraets, and Kondratovich, and many, many, more.  The origination is the old compound given the name ‘Kuoni-rad’, which loosely converts as ‘brave counsel’, and is one of a very large group of similar Germanic names from about fifteen hundred years ago that include Albert, Frederick, and Willhelm.  All have similar meanings related to strength (of both mind and body), victory and courage.  It may be that all relate to ‘wishful thinking’ or hope for the future, as the advancement of these names corresponded with a period of total chaos and seemingly endless war and conquest all over the Europe, following the fall of the Roman Empire in the 5th century.  The name has noted since time immemorial, and the first of what might loosely be called a hereditary surname record, may be that of Conrad Conradi, (Conrad, the son of Little Conrad), in the charters of the German town of Elsabe in the year 1297, with Rudolf Kunzelman or Cunzelman noted in Ulm, Switzerland, in 1337. 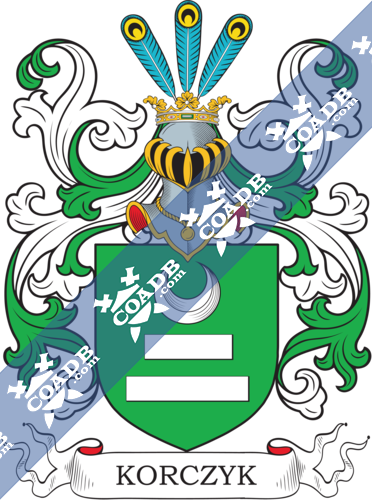 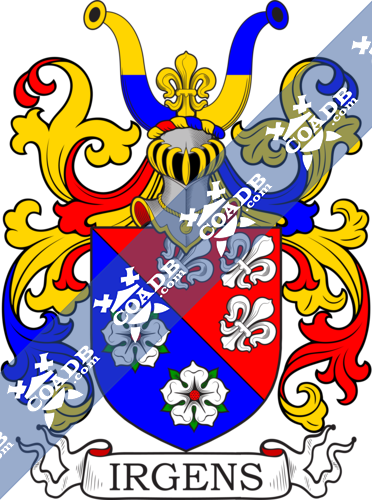