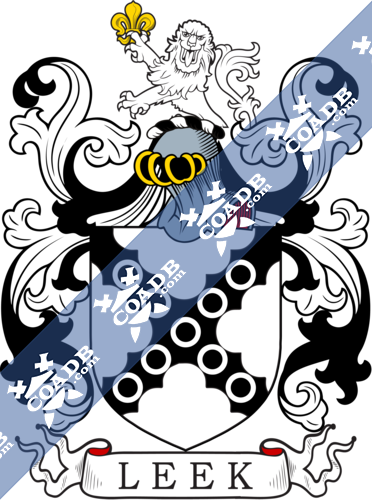 This name has two possible origins. The first origin being habitational from Leak in the North Riding of Yorkshire, Leake in Lincolnshire and Nottingham or Leek in Staffordshire. All these regions called from the Olde Norse components “loekr” which means a “stream of water.” The name was frequently given to a person living in any of the above areas, or to a resident by a pool or lake. Similar spellings of the name were de Leke (1273), de Leek (1290) and Leeke (1595). One, John son of Arthur Leake was christened in St. Peter’s parish, Cornhill, London in circa 1595. The name may also be a metonymic professional name for a producer or retailer of leeks, acquiring from the Olde English before l7th Century.

The surname Leek first appeared in Lincolnshire, Yorkshire or Nottinghamshire which all have names of churches like Leake. For some of the first recordings of the family, we must look to Lincolnshire where the Hundredorum Rolls of 1273 record contains as John de Lek, Roger de Leke and Teobald de Lek as all residing in that division at that time. Willie’s Lyke-Wake is a Child Ballad, one of 305 classic ballads from England and Scotland, and recorded in the 1904 Houghton Mifflin edition. Lyke-Wake Dirge is a classical English song that is considered to have originated in the Yorkshire.

The very first recording spelling of the family was shown to be that of Walter de Lek, dated about 1202, in the “Assize Court Rolls of Lincolnshire.” It was during the time of King John, who was known to be the “Lackland,” dated 1199-1216. The origin of surnames during this period became a necessity with the introduction of personal taxation. It came to be known as Poll Tax in England. Surnames all over the country began to develop, with unique and shocking spelling varietions of the original one.

Many of the people with surname Leek had moved to Ireland during the 17th century.

Gene Leek (born 1936), is an American player in baseball.

John de Leche or de Leek was a famous priest of Dublin.

Ralph Leek is an American player in football. 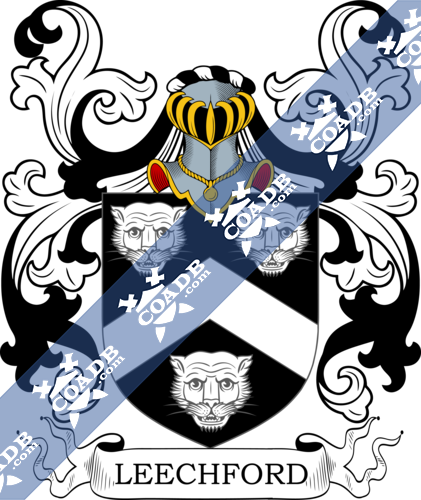 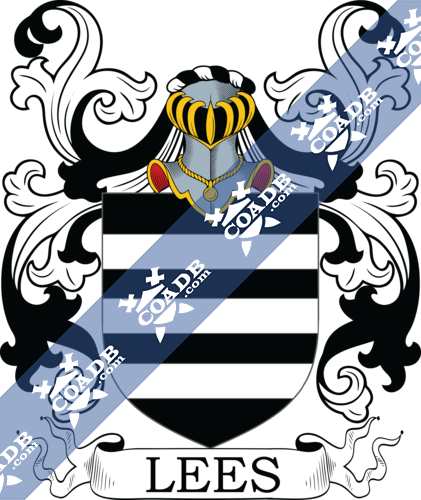