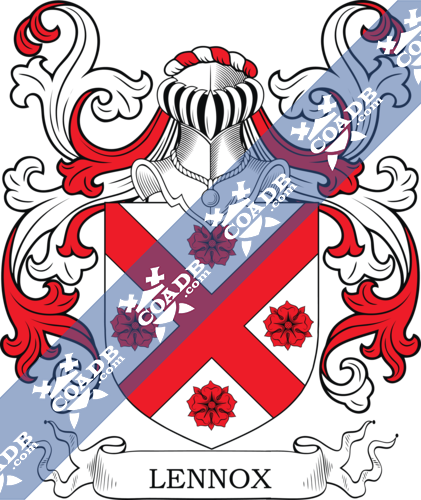 1) (Gordon-Lennox, Duke of Richmond, Lennox, and Gordon). Quarterly, 1st and 4th, France and England, quarterly; 2nd, Scotland; 3rd, Ireland (being the arms of Charles II.), all within a bordure compony ar. and gu. charged with eight roses of the second, barbed and seeded ppr., over all an escutcheon of pretence gu. charged with three buckles or, for the Dukedom of Aubigny. Crests—1st: On a chapeau gu. turned up erm. a lion statant guard, or, crowned with a ducal coronet gu. and gorged with a collar, as the bordure in the arms; 2nd : A demi lion ramp. or. Supporters—Dexter, a unicorn ar. armed, maned, and unguled or; sinister, an antelope ar. armed and hoofed or, each supporter gorged witha collar compony, as the bordure in the arms. Motto—En la rose je fleurie.
2) (Scotland; ancient Earls of Lennox, extinct). Ar. a saltire gu. cantoned with four roses of the last.
3) (Woodhead, Scotland, now Lennox-Kincaid). Ar. a saltire gu. betw. four roses of the last, barbed vert, now quartered with Kincaid, of that Ilk [which see]. Crest—Two broadswords in saltire behind an imperial crown all ppr. Supporters—Two savages, wreathed head and middle with oak, holding in their hands clubs erect all ppr. Motto—I’ll defend. 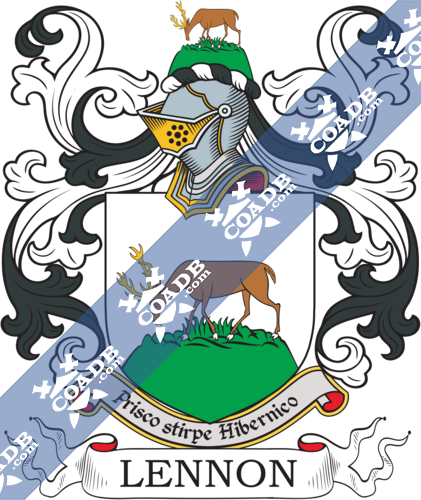