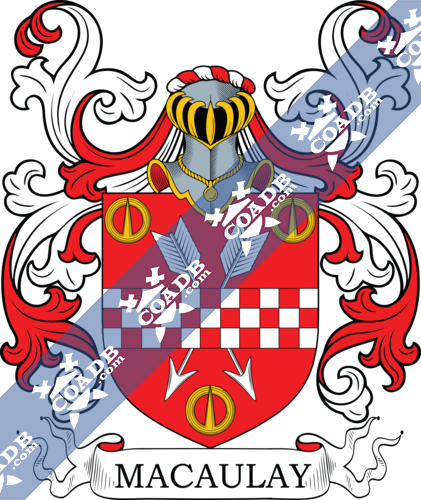 The MacAulays of Dumbartonshire, Scotland, acquire their name from the Olde Gaelic “Mac-Amhalghaidh.” The Gaelic addition of “mac” which means “son of,” and the particular by name Amhalghaidh, from “amhail,” like unto, and “ghaidh,” the inherited form of “gad,” which means green or limb. The hebridean MacAulays, on the other hand, claim decline from one, MacAmhlaibh, i.e. “son of Amlaib”, the Olde Gaelic form of the Norse particular name Anleifr, combination of the components “ans”, which means god, and “leifr”, which means antique(from “Leifa”, to leave). Scandinavian impact was especially strong in the north of Scotland, and many Scandinavian names were included in the basic language. Two separate MacAuley tribes live in Ireland, the one belonging to district Westmeath and the other attached to the district of Fermanagh. Catherine McAuley (1787 – 1841), foundress of the Order of Mercy sisters, is the most popular Irish name ancestor. Thomas Baington Macaulous, (1800 – 1859) released his “History of England” in 1848. He became king rector of Glasgow University, in 1849 and formed Baron Macaulay of Rothley, 1857.

The surname Macaulay first appeared in district Westmeath, in the Irish Midlands, county of Leinster, where at one time the area which is now Ballyloughnoe was once named as “McGawley’s Country.”

The very first recording spelling of the family was shown to be that of Iwar McAulay of Lennox, dated about 1326, in the “The Exchequer Rolls of Scotland.” It was during the time of King Robert who was known to be the “The Bruce of Scotland,” dated 1306-1329. The origin of surnames during this period became a necessity with the introduction of personal taxation.

Many of the people with surname Macaulay had moved to Ireland during the 17th century.

The following century saw much more Macaulay surnames arrive. Some of the people with the surname Macaulay who settled in the United States in the 19th century included Commodore Macaulay, who landed in San Francisco, California in 1850. John Macaulay landed in St Clair County, Illinois in 1871.

David Macaulay (born 1946), is an American writer and artist.

Frederick Macaulay (1882–1970), was an economist of the Institutionalist School.

George Campbell Macaulay (1852–1915), was a Classical scholar of Herodotus.

James Macaulay (1759–1822), was a specialist and medical official in Upper Canada.

1) (Ardincaple, co. Argyll). Gu. two arrows in saltire ar. surmounted of a fess chequy of the second and first betw. three buckles or.
2) (Edinburgh, 1672). Motto—Dulce periculum. The same, within a bordure indented or. Crest—A boot couped at the ankle, thereon a spur all ppr.
3) (Baron Macaulay; extinct 1859). Motto—Dulce periculum. Gu. two arrows in saltire, points downward ar. surmounted by as many barrulets compony or and az. betw. two buckles in pale of the third, a bordure engr. also of the third. Crest—Upon a rock a boot ppr. thereon a spur or. Supporters—Two herons ppr. 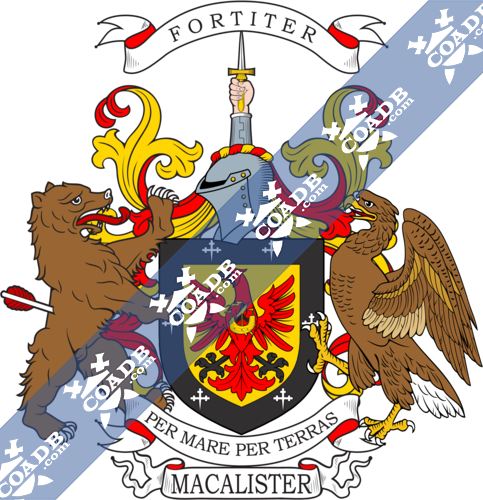 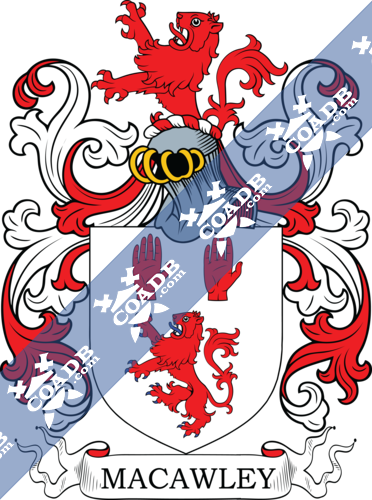