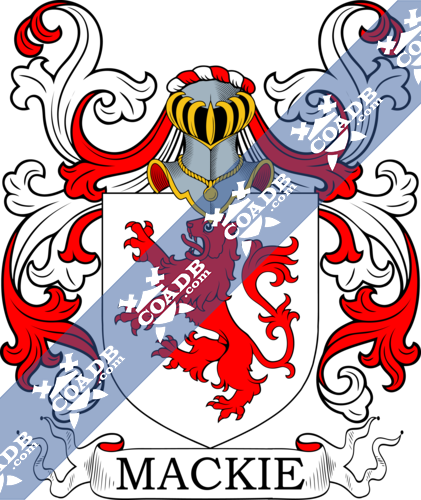 Origins of Mackie:
It is an ancient Scottish name, found especially in Stirlingshire since as far back as the 15th Century.  It is one of the anglicised forms of the Gaelic name “Mac Aodha”, a patronymic form of the particular name “Aodh”, “Fire”, originally the name of a pagan god, the whole name thus meaning “son (Mac) of Aodh”.  The name first listed in Scotland in 1491 in the Recordings of the Monastery at Scone, where William Makke appears as a charter witness. One Andrew Makky was a Burgess of Stirling in 1574.  The Galloway family of Mackies enjoyed great success and influence in the 16th Century and the first half of the 17th Century and were enthusiastic followers of the Covenanters, the defenders of Presbyterianism.  One Thomas Mackie, brother of Robert Mackie, a merchant in Forres, Morayshire, noted as being employed as a saddler in the town of Tonquier, Virginia, U.S.A., in 1767.

Scotland:
The surname Mackie first appeared in Ayrshire (Gaelic: Siorrachd Inbhir Air), previously a district in the southwestern Strathclyde region of Scotland, that today makes up the Cabinet Areas of South, East, and North Ayrshire, where they held a family seat from early times and their first recordings appeared on the early poll rolls derived by the early Kings of Scotland.

The very first recording spelling of the family was shown to be that of Cucail Mac Aedha, dated about 1098,  in the “Moore’s, Manx Names”.  It was during the time of King Edgar of Scotland, dated 1097 – 1107.  The origin of surnames during this period became a necessity with the introduction of personal taxation.  It came to be known as Poll Tax in England.

Ireland:
Many of the people with surname Mackie had moved to Ireland during the 17th century. 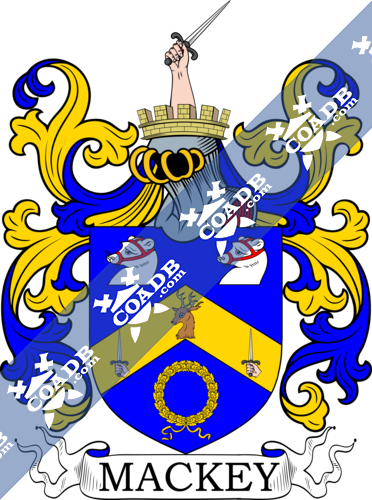 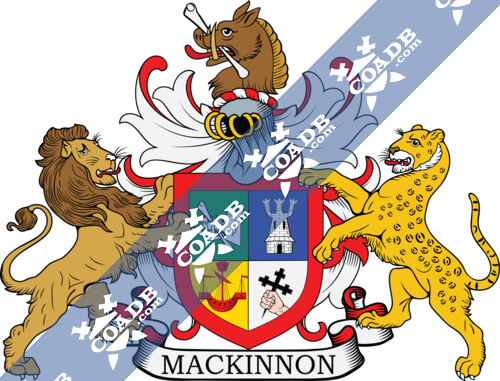