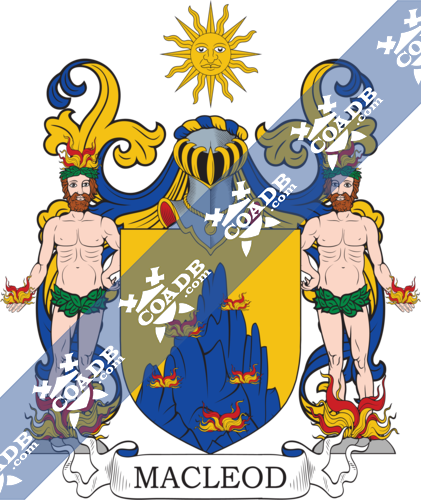 1) (that Ilk, and Dunvegan, Isle of Skye). Az. a castle triple-towered and embattled ar. masoned sa. windows and porch gu. Crest—A bull’s head cabossed betw. two flags gu. Supporters—Two lions reguard. gu. each holding a dagger ppr. Motto—Murus aheneus.
2) (Talisker, Skye). Same Arms, within a bordure ar. Same Crest and Motto.
3) (Muiravonside; descended from Sir Norman Macleod, of Bernera, third son of Macleod, of that Ilk). Quarterly, 1st and 4th, as Macleod, of that Ilk; 2nd, gu. three legs in armour conjoined at the upper part of the thigh ppr. placed in triangle and garnished and spurred or, the arms of the Isle of Man; 3rd, az. a deer’s head cabossed or. Crest—A lion’s head erased gu. Motto—Murus aheneus.
4) (Sir Charles Macleod, K.C.B., and issue of his brother, Sir John Macleod, C.B., K.H.). As Muiravonside, within a bordure ar. charged with four antique crowns gu. Crest—As Macleod, of that Ilk. Mottoes—Hold fast; and, Hic murus aheneus.
5) (Arley Castle, co. Stafford, 1844). Quarterly, 1st and 4th, as Macleod, of that Ilk; 2nd and 3rd, the arms of the lsle of Man, as above, all within a bordure embattled or. Crest and Mottoes, as the last.
6) (Lord of Lewis). Or, a mountain az. inflamed ppr. Crest—The sun in his splendour ppr. Supporters—Two savages with flames of of fire on their heads and hands, each issuing out of a burning hillock all ppr.
7) (Colbecks, 1762). Or, on a pedestal a mountain vert inflamed ppr. in a canton the arms of the Isle of Man. Crest—An eagle displ. in the midst of flames of fire ppr. Supporters—Two eagles ppr. Mottoes—Luceo non uro; and, I ruke while I see.
8) (Rasay, 1772). Or, a burning mountain ppr. in the dexter and sinister chief points two crosses pattée fitchée gu. Creat and Supporters, as Lewis. Motto—Luceo non uro.
9) (Cadboll, co. Ross, 1725). Quarterly, 1st, as MacCleod, of Lewis; 2nd, Isle of Man; 3rd. or, a lymphad sa. flags gu.; 4th, az. a castle triple-towered and embattled ar. masoned sa. windows and portcullis gu. Creat—The sun in his splendour ppr. Mottoes—Loisgim agus soilleirighim; and, Quocunque jeceris stabit; on a compartment below the shield an antique crown or. 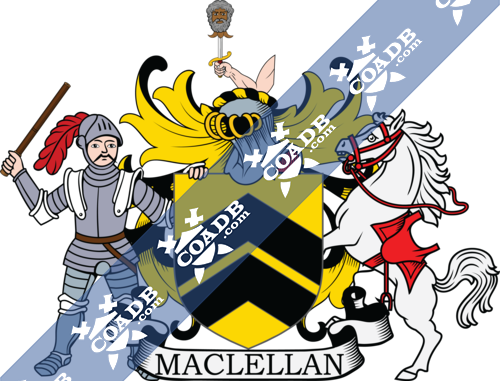 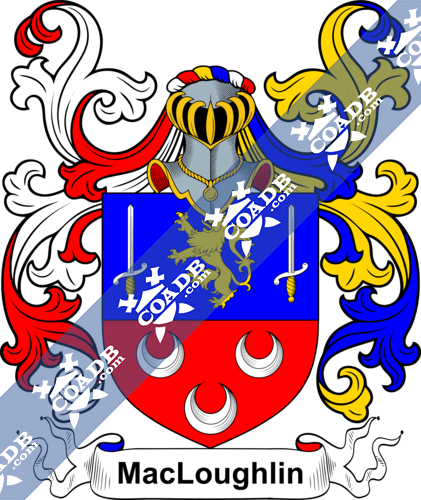