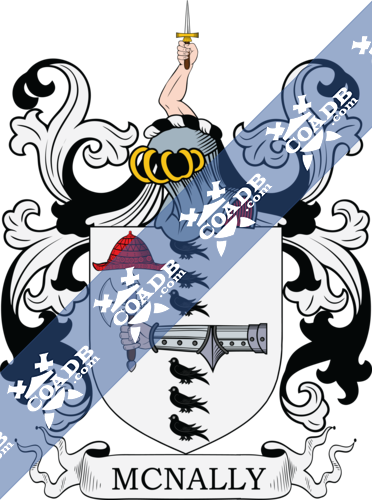 1) (Reg. Ulster’s Office). – Ar. an arm in armour couped at the shoulder in fess, holding in the hand a battle axe all ppr. betw. six martlets sa. three and three, paleways, in dexter chief an ancient Irish crown gu. Crest—A naked arm couped below the shoulder erect, holding a dagger also erect all ppr.
2) Ireland – Gules, an arm in armour proper garnished or and embowed couped at the shoulder holding in the hand a battle-axe of the second between six martlets argent three and three palewise, in the centre chief point (some the dexter chief) an ancient Irish crown or. Crest: a naked arm couped at the elbow (some couped below the shoulder) erect proper holding a dagger of the first hilt and pommel or. 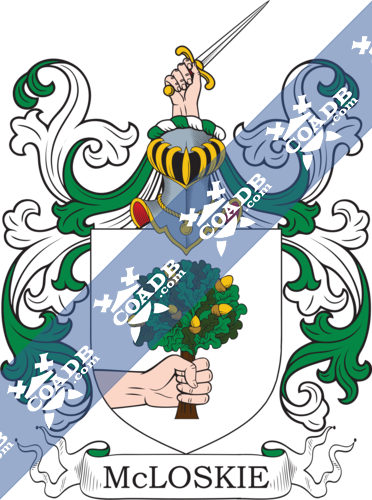 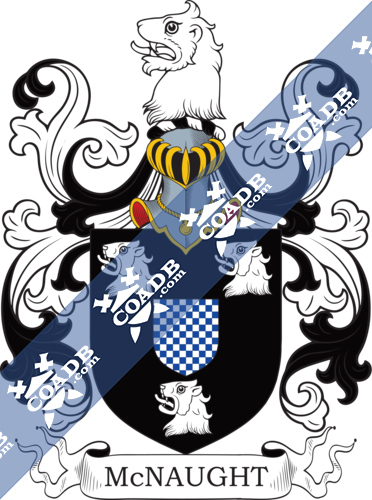