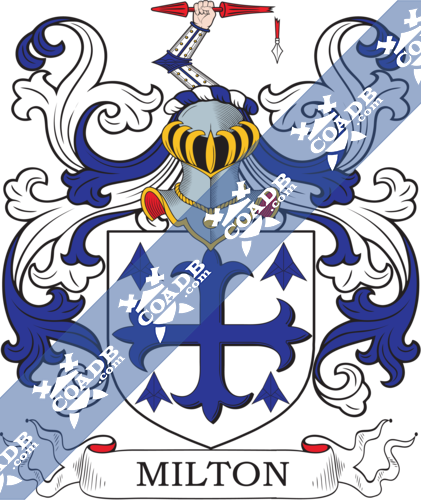 The name Milton is of Anglo-Saxon/English origin being derived from anyone of the numerous towns or villages which share its name and can be found in Kent, Cumbria, Nottinghamshire, Staffordshire, and Northumbria. Milton is a compound of two medieval English words, middel which translates exactly as it sounds, meaning “middle” and tun which translates to “enclosed”.

There often exists variations in spelling of many surname’s, as with many names which date back to the early centuries. The variation in spelling of both given and surnames during this time period can be attributed to a lack of continuity regarding guidelines for spelling which was compounded by the diversity of languages in use in European countries at this time. The variations in the spelling of the surname Milton include but not limited to; Milton, Mylton, Meletune, Meletone, and Miletune among others.

The earliest record of any variation of this surname is that of Alan de Milton which appears in the Oxfordshire tax rolls from 1235. These rolls, were a series of census and tax records kept by the

English Treasury by order of King Henry III, with the oldest dating back to the 12th century. They hold the distinction of being the oldest consecutive set of records detailing English governance in the United Kingdom. These records span a period of over 700 years and have proven invaluable to researches over the years.

There are many persons of note who bear the surname Milton. Viscount Milton, William Wentworth-FitzWilliam was a member of Parliament in the House of Commons. He was also an avid explorer with one of his most notable treks being an expedition he took with Dr. Walter Butler Cheadle. The men and their party traveled from Quebec City to Victoria, BC. Together the two explorers co-wrote two books about their exploration, “The North-West Passage by Land” and “Voyage de l’Atlantique au Pacifique, a travers le Canada”.

John Milton was born in London, England and is most well known as a poet, primarily for the epic “Paradise Lost”. Most of Milton’s early work garnered him little attention as his early work was published under pseudonyms or anonymously and largely overlooked, until the publication of “Paradise Lost” under his own name. The poem was highly praised and each publishing sold out within months. Milton followed with “Paradise Regained”, which was equally successful. Milton is considered one of the greatest and most influential poets of all time. 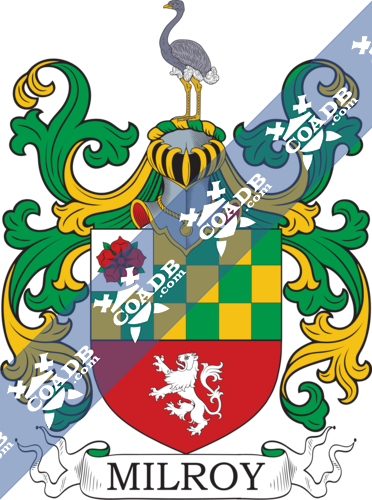 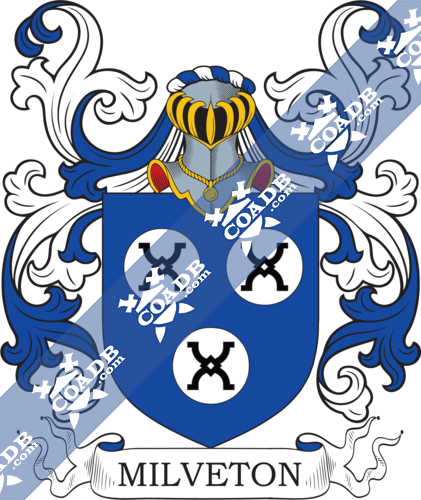