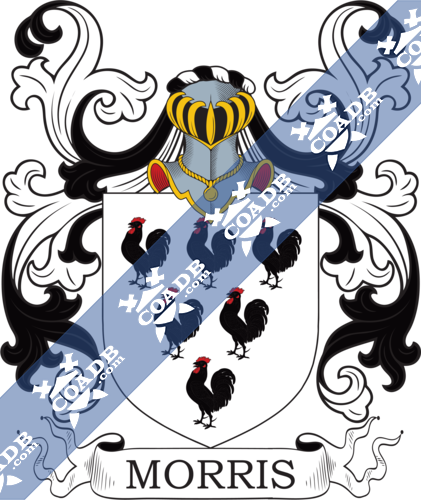 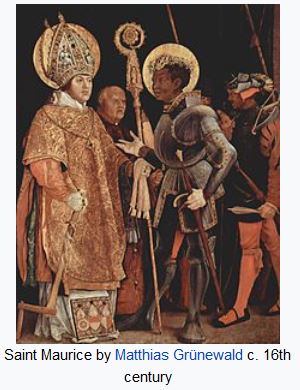 Surname Name Meaning, Origin, and Etymology
In England and Scotland, the surname has two origins. First, it is a baptismal name meaning “the son of Maurice”, commonly spelled as Maurice. Both Maurice and Morisse were ancient French personal (first) names. Several Catholic Saints bore the personal name Maurice (ex. St. Maurice lived in the third century AD and was a leader of the Roman Theban Legion). Second, it derives from the nickname “the Moreys”, meaning the Moorish or Moor, or it may have referred to a person with a swarthy (dark) complexion. It is believed the branch of this family in England/Scotland came over with William the Conqueror during the Norman Invasion.

In Wales, the last name derives from words Mawr and rys, meaning a hero, warrior, or brave man. The word Marth means warlike or great, and is related to the word Mavors. The name was a title given to ancient chieftains in Welsh society. Mars was the Roman God of War. Here, Morris is an anglicized form of the Welsh first name Meurig (which in turn is from the Latin name Mauritius). In Ireland, it can be an anglicized version of the Gaelic surname O’Muirghis or O’Muirgheasa (Morrisey). This is a popular surname in the English speaking world: it is ranked 53rd in the United States and 32nd in Wales/England.

Another author notes it’s possible the surname Morris may be a corruption of the French surname Du Marais or Dumaresq, latinized to Marisco, which means “of the marsh”.

In his 1875 book, English Surnames, Mark Anthony Lower, writes the following: “The other Morrices are supposed to be of Moorish blood; their progenitors having come over from Africa, by way of Spain, into various countries of western Europe at an early period. It is a well-known fact that the particular species of saltation, called the morincedance, and several branches of magic lore, were introduced into these regions many centuries since by natives of Morocco. The professors of those arts, enriching themselves by their trade, seem in some instances to have embraced Christianity, and to have become founders of eminent families; certain it is that several magnates bearing the names of Morice, Fitz-Morice and Montmorice, attended William the Conqueror in his descent upon England, and, acquiring lands, settled in this country. The name Montmorris is said to signify from the Moorish mountains.”

H.B. Guppy’s 1890 book, Home of Family Names, mentions two interesting facts about this name. First, regarding the geographical distribution of the name, he writes “Its principal home is in the counties bordering Wales (excluding Cheshire), namely, Shropshire, Herefordshire, and Monmouthshire, and afterwards in the Welsh counties themselves. Thence it has spread over most of the midland counties, though it may be doubted whether it has not had a partially independent origin in Bucks, Leicestershire and Rutland, and Notts. However, an important and evidently an independent home has been founded in Hampshire, where it is very numerous.” Second, he writes “Probably Moss, which, judging from its distribution, is more often in England a corruption of Morris than a Jewish contraction of Moses, should be included here. It is principally found in Staffordshire, Worcestershire, and Essex.”

One source claims the name was first found in Herefordshire where they held lands and titles.

Spelling Variations
Common spelling variants include Morrish, Morrriss, Morrison, Morys, Morse, Morriss, Maurice, Morrice, and several others. It can also be a variant of the German surname Moritz.

Early Bearers of the Surname
The earliest known person documented as bearing this surname was Jasce Mauricii, who was listed in the Pipe Rolls of London in 1191 AD. Mauricius filius Mauricii was recorded in county Northampton and Thomas Moriz was recorded in county Bedford, during the reign of King Edward I (1272-1307 AD) on England as documented in the Placita de Quo Warranto. The Hundred Rolls of 1273 AD, a census of Wales and England, known in Latin as Rotuli Hundredorum, documents one person bearing this last name: Robert le Moreys in county Somerset. The Poll Tax of Yorkshire of 1379 AD lists several people bearing this surname: Ricardus Morrisson, William Moreson, Elena Morys, and Johannes Morys. A one Jevan ap Moris Kemys was recorded in the Visitation of Gloucester in 1623 AD. Early marriages involving this surname include Johane Morrys to Robert Wolfe at St. James Clerkenwell in London in 1575 AD and Alice Morrice to Israell Garrett in 1602 AD.

History, Genealogy, and Ancestry
The famous genealogist Bernard Burke’s book “Peerage and Knights” discusses six branches of this family: Morris of Dunkathel, O’Connor-Morris, Morris of the Hurst, Morris of Netherby, Morris of Wood Eaton, and Morrice of Catthrope. 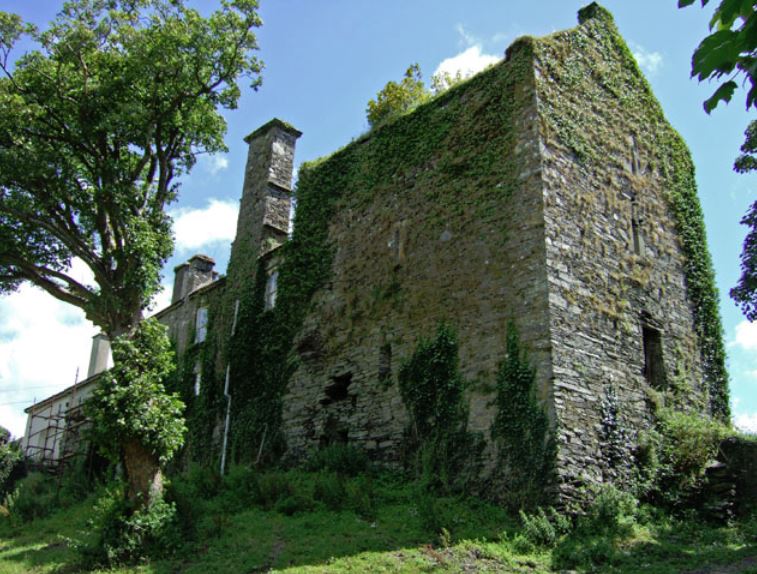 The first is Morris of Dunkathel. It begins with a mention of Richard Morris, Esq. of Dunakathel in county Cork who was born in 1853 and succeeded his nephew in 1875. Burke traces the lineage of this branch back to William Morris of Castle Salem, who obtained grants of land and estates in Cork under the Act of Settlement. He married Joyce, daughter and co-heir of John Bowdler, Esq. of Condor and Salop and died in 1680, leaving several children. The eldest son was named Fortunatus Morris, born in 1653, who married Elizabeth Morris in 1682, and had two daughters with her (Joyce and Jane) as well as an only son, William. William married Dorothy Leckey and had issue: 1) Abraham, of Hanover Hall, co. Cork, High Sheriff 1760, 2) Robert, 3) Fortunatus, 4) William, 5) Jonas. Jonas married Mary, daughter of John Townsend and had issue with her: Abraham, Mary, Jane, Elizabeth, Dorothea, Barbara, and Catherine. The only son, Abraham Morris, was High Sherriff in 1782 and Member of Parliament of 1791 who married Thomasine Connor in 1799. His son and successor was Jonas, Esq. of Dunkettle, who married Jane, daughter of William Crawford, in 1807 and had issue with her: Abraham, William (Lietenant in the 75th regiment), Arthur, Jonas, Richard, Maria Louisa, Thomasina, and Janet. The eldest son Abraham was born in 1811 and married Dorothea, daughter of Edward Hoare Reeves, and had two daughters woth her: Dora and Jane Josephine. He died in 1844 and was succeeded by his surviving brother, Jonas Morris, Captain of 1st Royal Dragoons, born in 1817. He married Ellen, daughter of Silver Charles Oliver, in 1851. Together they had issue: Jonas Oliver, Abraham George, Charles Oliver, Ellen Maude Mary, and Edith Jane Thomasine. He died in 1862 and was succeeded by his eldest son, Jonas Oliver Morris.

The second family, O’Connor-Morris of Gartnamona or Mount Pleasant. Burke traces the lineage of this family to county Stafford during the reign of Queen Elizabeth I of England. They became establishes in county Waterford in 1625. Benjamin Morris, Esq. of Waterford, J.P. married Isabella Smyth and had three sons with her: Benjamin, William, and John. The eldest son William married Martha, daughter of Richard Reade, and had four sons with her: Benjamin, Richard, William, George Wall. The last son was Deputy Governor of Waterford, who assumed the additional last name of Wall from his father in law, married Jane Wall and had one son, Richard Wall of Rockeham. The Reverend Benjamin Morris descended from this line, and he married Elizabeth, daughter and co-heir of Maurice Nugent O’Connor in 1822. They had three children together: William O’Connor, Maurice O’Connor, and Maria Catherine O’Connor.

The third branch, Morris of Hurst, begins with a mention of Philip Morris, who was born in 1821 and became a Barrister-at-Law and succeeded his father in 1872. Burke traces the lineage back to John Morris, son of Morris ap David, who descended from Hoedliw ap Cadwgan, son of Cadwgan ap Elystan, Lord of Builth and Radnor. He was an Alderman of Clun and in 1587, married Margaret, daughter of Cadwallader ap Owen ap John ap Madoc Llyod of Rostock, and had several issue with her, including a son named Robert. In turn, Robert had two sons named Thomas (of Abcot) and Antony Morris. In 1585, Anthony married Ann, daughter of Henry Macklin, and had a son and heir with her named John. John married a woman named Katherine and had a son named Thomas Morris. Thomas married Mary and had Mary, Catherine, Lydia, and five sons. His heir was his son John. John died without issue. His son Philip continued the line. They bore Arg., an eagle displayed with two heads sa. Crest—An eagle displayed sa. 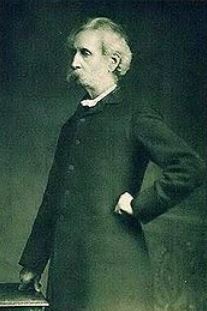 The fourth branch, Morris of Netherby, begins with a menion of Reverend Francis Orpen Morris who was born in 1810 and married Anne, second daughter and co-heiress of Charles Sanders in 1835. They had numerous issue together: Amherst Henry Gage, Reginald Frank, Marmaduke Charles Frederick, Emily Gordon Newenham, Mary Cornelia, Rose Ellen Elizabeth, Laura Anne Gertrude, Jessy Maude Amy, and Edith Grace Caroline. He was the other of a famous Victorian book called History of British Birds. Burke states this family is of ancient British origin and claims descent from Elystan Glodrydd (b. 933 AD), a powerful British chieftan, founder of the fourth royal tribe of Wales. From him spring the noble Houses of Cadogan and Pryce, as well as the families of Morice. Owen Morris was born in 1670 and had five sons and two daughters. The eldest son was Roger Morris, born in 1695, who married Mary, daughter of Sir Peter Jackson, and had issue with her. They bore Quarterly: 1st and 4th, gu., a lion rampant reguardant or, for Elystan; 2nd and 3rd, arg., three boars’ heads couped sa., for Cadwgan. Crest—A lion rampant reguardant or.

The sixth branch mentioned is Morrice of Catthorpe. John Walter Morrice, Esq. of Catthotope Towers in county Leicester was born in 1821. He married Mary, daughter of John Strangeways Donaldson Selby, in 1821 and had issue with her: John George Selby, W.S. Morrice, L.E. Morrice, Constance Helena, and Eugenie Grey. 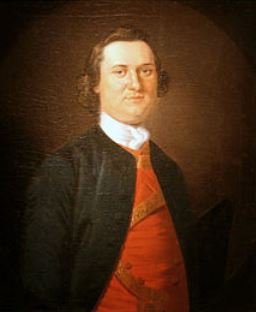 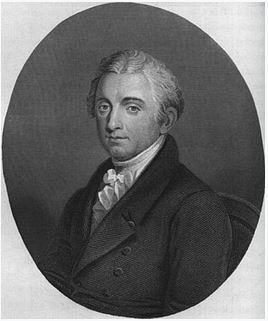 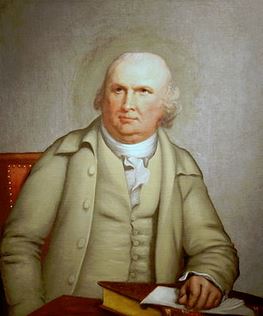 Mottoes
The Morris family motto includes: 1) Sic his qui diligent, meaning “Thus to those who love”, 2) Spectemur agendo, meaning “Let us be viewed by our actions”, and 3) Pro rege semper, meaning “For the King always”, 4) A gair Duw yn uchaf, meaning “The word of God above all”, 5) Aut pax aut bellum, meaning “Either peace or war”, 6) Bibl, meaning “The Bible”, 7) Dum spiro spero, meaning “While I have breath I hope”, 8) Irrupta copula, meaning “The tie unbroken”, 9) *Marte et mari faventibus, meaning “War and wave favouring”, 10) Scuto fidei, meaning “By the shield of faith”, 11) Sic his qui diligunt, meaning “Thus to those who love”, 12) Virtute et fortitudine, meaning “By fidelity and fortitude”, 13) Marte et mare faventibus, meaning “With the sea and Mars favorable”, 14) Gwell Angau na Chwilydd, meaning “Death rather than dishonor”, 15) Res non verba quaeso, meaning “Actions speak louder than words” and 16) Deus nobis quis contra, meaning “If God is with us, who can be against us”.

*This motto refers, as well as the name of the ancient family, which in the British language signifies “powerful in war” (Mawr rwyce), as to the various gallant actions of land and sea performed by several members of it, especially in America and last general war.

Notables
Famous people with this last name include: 1) Margaretta Hare Morris (1797-1867) who was an American entomologist and the second woman to be a member of the Academy of Natural Sciences of Philadelphia, 2) William Richard Morris, The 1st Viscount of Nuffield (1877-1963) who was a British philanthropist and manufacturer, and 3) Lewis Morris (1726-1798) who was an American land developer 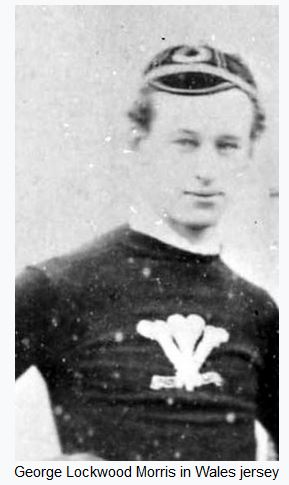 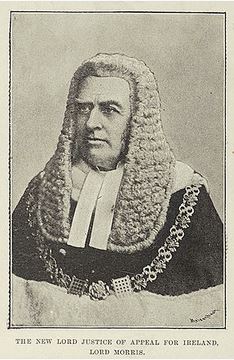 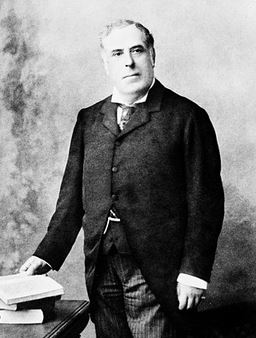 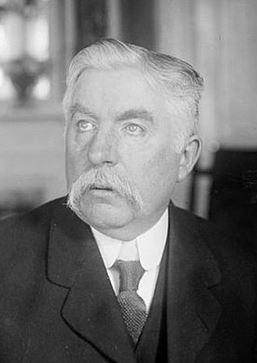 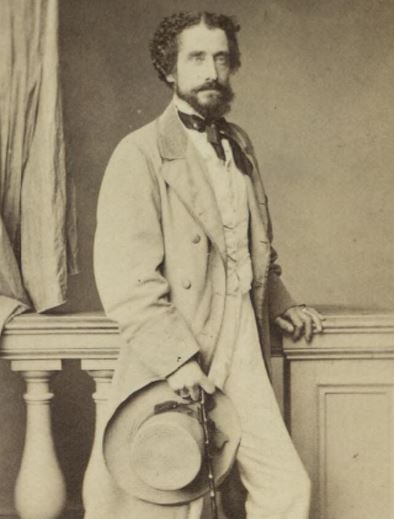 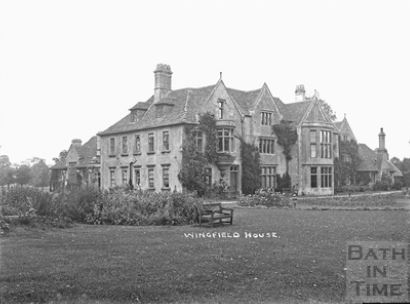 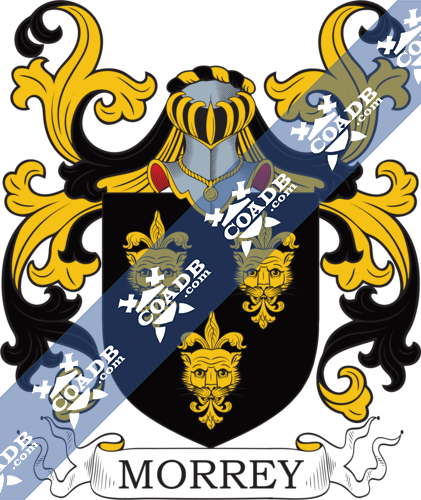