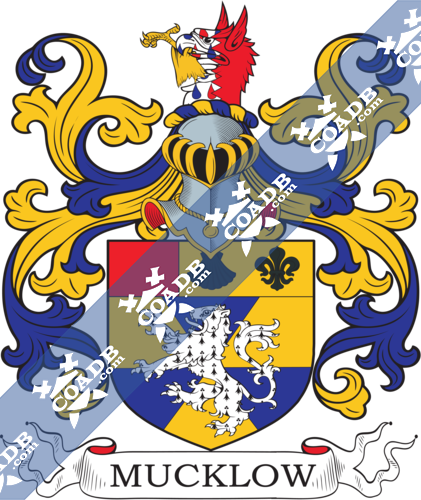 According to the early recordings of the spelling of the name, this interesting and unique name is listed with many spelling forms such as Mucklo, Muckloe, Mucklow, Micklowe, Muckelo, and very few as Muchslows, this is an English geographical surname. It acquires from a place in Worcestershire named as Mucklow, which is perhaps of Olde English pre 7th-century sources. The meaning of the name is almost surely “large hill” from the components “mucha – hlaw,” but this is not proven. Geographical surnames were frequently given to people after they departed from their original homes and moved to any other place, although “elsewhere” could be the next hamlet. It was in centuries past, and to some measure, it survived so at the end of the 20th century, that the easiest way to recognize a “stranger” is to call him or her, by the name of the place from whence they arrived. In this situation, the surname in all its different forms were well noted in the division of Worcestershire, so it would seem that the actual named ancestors moved by natural choice, rather than being driven off of their estates, as was often the case. When that happened they usually traveled for the then “big cities” of London, Bristol and Norwich.

The surname Mucklow first appeared in Worcestershire where they held a family seat as Kings of the Castle. The Saxon command of English history declined after the Battle of Hastings in 1066. The language of the courts was French for the next three centuries, and the Norman atmosphere overcame. But Saxon surnames remained, and the family name first mentioned in the 13th century when they held lands in that division.

The very first recording spelling of the family was shown to be that of Anne Muckloe, who married Richard Haull, at St Helens Church, Worcester, on November 2nd, 1562, and Alice Mucklow, who married Gilbert Southall, at Halesowen, Worcestershire, on October 8th, 1575. It was during the time of Queen Elizabeth I, who was known to be the “Good Queen Bess,” dated 1558-1603. The origin of surnames during this period became a necessity with the introduction of personal taxation. It came to be known as Poll Tax in England. Surnames all over the country began to develop, with unique and shocking spelling variations of the original one.

Many of the people with surname Mucklow had moved to Ireland during the 17th century.

Ernest Mucklow passed away in April 1953. He was an Australian rules football player. He played for Port Adelaide Football Club in the 1920s and 1930s. He also played for the Victorian countryside, Dimboola, during the 1920s.

Billi Mucklow is an English television star who is famous for the reality television show The Only Way Is Essex.

(Broughton Sulney, co. Nottingham). Gyronny of six or and az. a lion ramp. erm. on a chief of the first an escallop betw. two fleurs-de-lis sa. a canton gu. Crest—A griffin’s head couped per pale indented ar. guttée de larmes and gu. holding in the beak an eagle’s leg erased a la cuisse or. 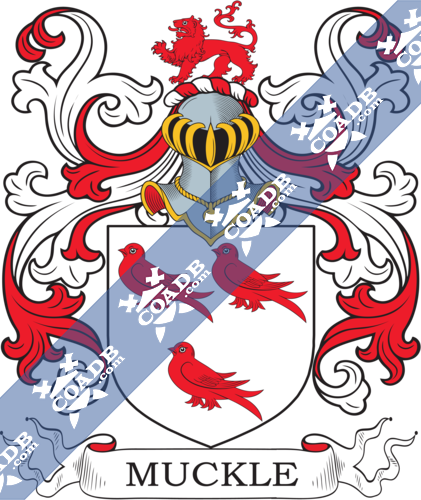 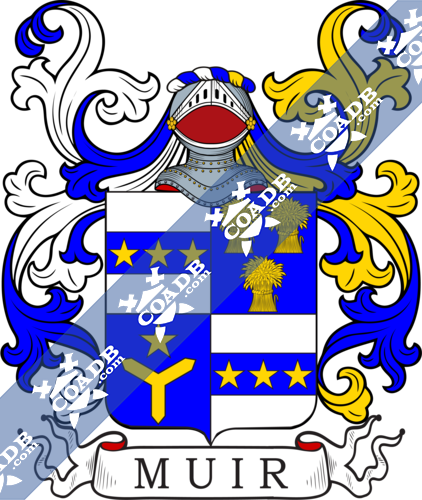