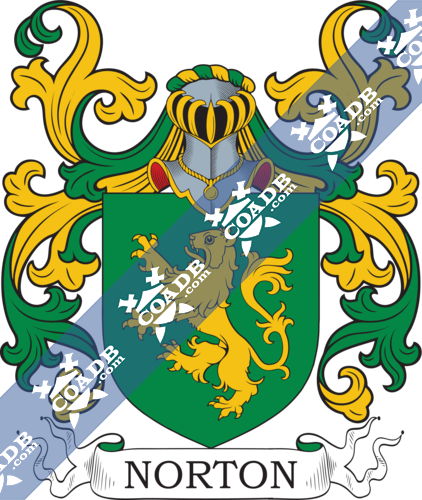 Norton Surname Name Meaning, Origin, History, & Etymology
There are four origin theories and meanings of this surname. First, and primarily, this is a locational or habitational last name meaning “of Norton”, denoting a person who lived in or was from place called Norton, or the north town. There are numerous places throughout the British Isles so name, including, but not limited to Nortone or Norton in Hampshire, England, Norton in counties Staffordshire, Somerset, Durham, and Cheshire, as well as Midsomer Norton, Chipping Norton, and Brize Norton. The name derives from the Old English (or Anglo-Saxon) words norð (north) and run (settlement/enclosure). Second, in some instances, it is a spelling variation of the surname Norrington. Third, it can also, in some cases, be an altered (or Anglicized) spelling of the Irish (Celtic or Scottish Gaelic) last name Naughton. Fourth, in a few cases, it is also an Americanized or Anglicized spelling of a similar sounding Ashkenazic Jewish surname. Fifth, one source asserts this family descendant from the Picts of Scotland, and derived their name from the Pictish name Nechan, with the Gaelic version being MacNeachdainn (son of Nechtan), with the name first being established in Argyllshire in Scotland and Clare in Ireland (where the family held lands and title as a Dalcassian sept of the Ui Maine).

Another source, Nortonfamily.net, provides more insight as to the families ancestry and descent. This source asserts it is believed the Norton family descended from the the Seugneyr (Siegneurs) de Norville (Norouille), who went to England as Constable to William the Conqueror, in the time of the Norman Conquest in 1066. This family name originated in their ancient place of residence in the Duchy of Normandy. Seigneurs were feudal lords or lords of the manor in Europe (in Christendom or the Holy Roman Empire) during medieval times and the Middle Ages. The family was granted lands in Yorkshire, England by William the Conqueror for their service to him during the Norman Invasion. It is also said the family became associated with the spice trade as a result of the Crusades. Around the middle of the thirteenth century, the family established itself in Bedford, at which time the name’s spelling changes from Norville to Norton.

Early Bearers of the Surname
Two of the earliest bearers of this last name recorded to history were Osuuardus de Nordtone (county Kent) and Leofwin de Norton (1177 AD in Lincolnshire). The Hundred Rolls of 1273 AD, a census of Wales and England, known in Latin as Rotuli Hundredorum lists three bearers of this surname: R. de Northon (Norfolk), Ralph de Norton (York), and Baldwin de Norton (Northhants, England).  The Poll Tax of Yorkshire in 1379 AD lists one bearer of this last name: Johannes de Norton, Magota de Norton, and Howisia de Norton, who apparently were all from the parish of Campsall near Doncaster. The Register of the University of Oxford in 1578 lists one Adam Norton of county Staffordshire, England. The book The Noble and Gentle Men of England, by Evelyn Philip Shirley, states the following in regard to this name” “Egbert Coigniers whose son Roger was living in the ninth year of Edward II, and was the father of Roger, who marrying the heiress of Norton of Norton, their son took that name”. The family is also documented in the herald’s visitation in 1043 AD in the Harlein Manuscripts.

Norton of Northwood Park and The Dell
The discussion of the lineage or ancestry of this family  begins with Daniel Norton, a banker and brewer by trade, who represented this old English family, which originally came from Lancaster. He married Ms. Scott, and had four sons with her as follows: Daniel Scott (had son named Daniel), Edward, William, and Henry. His son William Norton was born in Uxbridge in 1785. In 1806, he married Mary Wiltshire and had two daughters and four sons with her as follows: Daniel (see below), William (born 1808, moved to New Zealand where he married and had children), Jason Wilshire (married and had one daughter), Thomas (married twice and had children), Emma Grace (born 1809 and had issue), and Mary Grace. His son Daniel Norton was an Esquire of Northwood Park, Middlesex and The Dell, Bonchurch, Isle of Wight, England (modern day United Kingdom) who was born in 1806. In 1832, he first married Louisa Maria, daughter of Samuel Adderley Delves of Golden Square, and had ten children with her as follows: Daniel (born 1842), Jason Delves, William, Thomas, Arthur, Henry Samuel, Louisa (married John Edward Dawson), Grace, Violet (married William Stericker), and Florence (married H.R.H. MacIver in 1878). In 1870, he married Ellen Constance, daughter of Reverend Samuel Rowe, Vicar of Crediton. He procured sizeable amounts of land in counties Middlesex, Kent, and Hertford, England. This family was seated at Northwood Park, Rickmansworth, and The Dell, Bonchurch, Isle of Wight.

Baron Norton
Hubert Bowyer Arden Adderley, The Baron Norton, of Norton-on-theMoores, county Stafford, was a Justice of the Peace and Lieutenant of the Scots Guards who fought in both World Wars, born in 1886. He succeeded his father in 1945. In 1912, he married Elizabeth, daughter of William John Birbeck of Stratton-Strawless, Norfolk, and had five children with her as follows: John Arden, Michael Charles, Rosemary Etheldreda, Elisabeth Joan, and Mary. The lineage or ancestry of this family traces back to the Adderley family in county Stafford. The coat of arms of the Baron Norton is blazoned in heraldry as follows: Argent, on bend azure, three mascles of the field. Crest: On a chapeau azure, turned up ermine, a stork argent. Supporters: On either side a stork argent, gorged with a chain or, suspended therefrom an escutcheon azure, charged with a mascle also argent. Motto: Addere legi justitiam decus. They resided at Filliongley Hall, Coventry, county Warwick.

Other early settlers in colonial America bearing this surname include Walter Norton (New England 1631), Elizabeth Norton (Virginia), Teague Norton (Virginia 1701), Elizabeth Norton (Virginia 1718), and Hannah Norton (Maryland 1725). In Canada, one of the earliest bearer of this last name was William Norton, who came to the province of Nova Scotia in the year 1750. In Australia, Henry Norton, a convict from Norfolk, England, came to New South Wales aboard the Andromeda in 1832. In 1844, Catherine Norton, a convict from Lancaster, England came to Van Diemen’s Land (modern day Tasmania) aboard the Angelina in 1844. In New Zealand, Matilda Norton came to the city of Auckland aboard the Empress in 1865. In the same year, a one John Norton came to Lyttleton aboard the Blue Jacket. 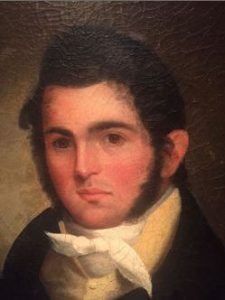 Early Americans Bearing the Norton Family Crest
Charles Bolton’s American Armory (1927) contains three entry for this surname:
1) Argent on a bend bet 2 lions ramp [sable] 3 escallops of the first Crest: a greyhound’s head or gorged with a fess bet 2 bars [gules?]. For a reproduction of an ancient quartered shield of Daniel Norborne Norton of Magnolia, Va. See Bellet Some Prom. Va. Fam., vol. 1, p. 44.
2) [Argent] a chevron between three tuns [sable] hooped [or] standing on their bottoms Crest: a griffin’s head [or]. Seal of Capt. Francis Norton of Charlestown, on doc. 1664 in Mass. Archives, vol. 60, p. 258, and also on his will dated 18th June, 1667. Heral. Jour., vol. 4, p. 31.
3) Gules a fret argent, a bend vairé [or and gules] over all Crest: a griffin sejeant proper winged gules beak and forelegs or.

Crozier’s General Armory (1904) contains one entry for this name:
1) John Norton of Branford, Connecticut, 1646, from Bedfordshire, England. Gules, a fret argent; a bend vair over all. Crest: A griffin, sejeant, proper, winged gules, beak and forelegs.

Matthew’s American Armoury and Bluebook (1907) did not contain an entry for this name.

Mottoes
I have identified six Norton family mottoes:
1) Avi numerantur avorum (A long train of ancestry enumerated)
2) Confide recte agens (Have the confidence to do what is right)
3) Dieu et mon espée (God an my sword)*
4) Frangas non flectes (You may break, you shall not bend me)
5) Fortier et fideliter (Boldy and faithfully)
6) Addere legi justitam decus (To add justice to the law is befitting)

*An allusion to the three swords depicted within the coats of arms of the Elmham branch of the Norton family tree, in Norfolk, England.

Grantees
We have 37 coats of arms for the Norton surname depicted here. These 37 blazons are from Bernard Burke’s book The General Armory of England, Scotland, Ireland, and Wales, which was published in 1848. The bottom of this page contains the blazons, and in many instances contains some historical, geographical, and genealogical about where coat of arms was found and who bore it. People with this last name that bore an Norton Coat of Arms (or mistakenly called the Norton Family Crest) include:
1) Norton, Baron Grantley (see Chapple). Supporters and Chapple Arms, 28 May 1782
2) of Southwick and Portslade, county Sussex, England (modern day United Kingdom) 1783
3) Norton, late Bradbury, of Rye, county Sussex, 1797
4) late Harvey, of Wonersh, county Surrey, reputed son of Baron Grantley, 1811
5) Norton, Launder, wife of, of Wonersh, county Surrey, eschutheon of pretence, 1815
6) Baron Norton, 1878, Charles Bowyer Adderley, of county Warwickshire, supporters 1885
7) Norton to Lowndes-Stone-Norton, of county Oxfordshire, 1872

Notables
There are hundreds of notable people with the Norton surname. This page will mention a handful. Famous people with this last name include: 1) Scott Norton (1961) who is a retired professional wrestler born in Minneapolis, Minnesota who was known for his stints in New Japan Pro Wrestling and WCW, 2) Brad Norton (1975) who was a professional hockey player who played four six different teams in the NHL from 1998 to 2007, born in Cambridge, Massachusetts, 3) Caroline Elizabeth Sarah Norton (1808-1877) who was an English reformer and author born in London, 4) Daniel Sheldon Norton (1829-1870) who was a US Senator from Minnesota from 1865-1870 who was a Unionist and Republican, born in Mount Vernon, Ohio, 5) Doreen Norton (1922-2007) who was a nurse born in Dartford, Kent, England who developed a better way to treat bedsores in hospitals, 6) Edward Harrison Norton (1969) is an American actor born in Boston, MA who is known for his roles in numerous movies such as Fight Club, American History X, The Illusionist, and Red Dragon, 7) Eunice Norton (1908-2005) who was an American pianist born in Minneapolis, Minnesota, 8) James Norton (1843-1920) who was a member of the US House of Representatives from South Carolina from 1897-1901 who was a veteran of the Confederate Army, having also served in the state House of Representatives and as the Comptroller General from 1894-1897, 9) James Norton (1795-1862) who was a solicitor and early prominent figure in New South Wales, Australia who came to the city of Sydney in 1818, born in Hastings, England, and was a member of the Legislative Council, and 10) James Albert Norton (1843-1912) who was a member of the US House of Representatives from Ohio from 1897-1903, a veteran of the Union Army who was a first Lieutenant.

The reader may find the following story extremely interesting. There was a man named Joshua Abraham Norton, who was of Jewish origin from a South African family, who was born in London, England around 1818 and came to San Francisco, California, who in 1859, declared himself “Norton I, Emperor of the United States”, and later, the “Protector of Mexico”. He was a businessman who lost his money in a Peruvian rice investment. His declaration was triggered by his agitation with the legal and political structure of the US. 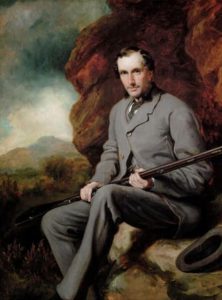 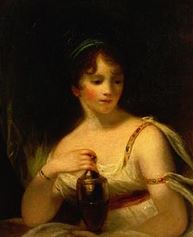 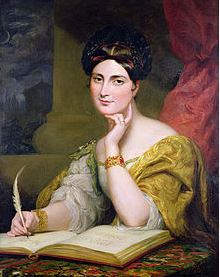 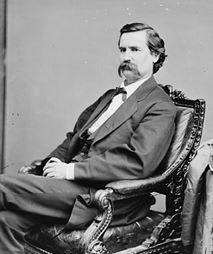 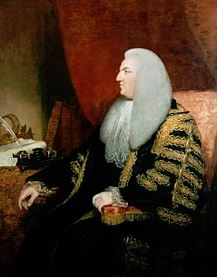 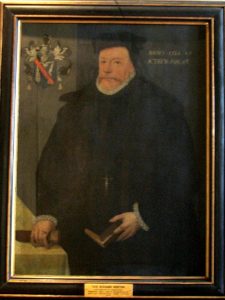 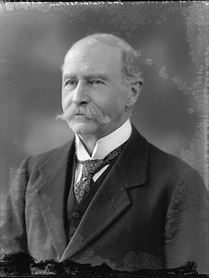 
37) (Wainsford, co. Dublin; Baggot Street, City of Dublin, and co. Wicklow. Confirmed 1883 to Captain Cecil William Norton, Cromwell Road, South Kensington, co. Middlesex, 5th Lancers, son of Rev. William Norton, Rector of Baltinglass, and grandson of Theophilus Norton, Esq., of Wainsford, Capt. Battle Axe Guards, A.D.C. to the Marquess Wellesley, K.G., Lord Lieutenant of Ireland, who was son of William Norton, Esq., of Wainford, whose ancestors settled in Ireland during the Commonwealth, and claimed descent from Norton, of Birlingham, co. Worcester). Per pale az. and gu. a maunch erm. on a chief engr. or, a lion pass. sa. Crest—A tiger’s head erased or, charged with a trefoil vert and holding in the mouth a broken spear ppr. Motto—Frangas non flectes. 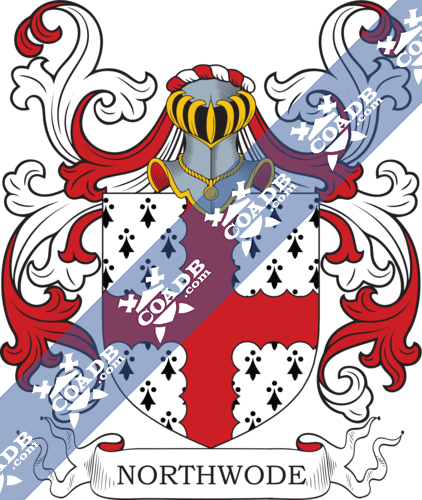 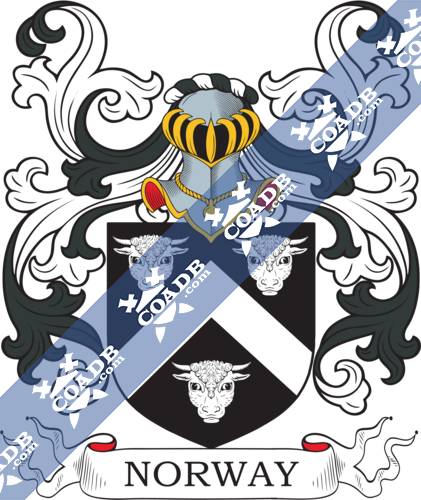