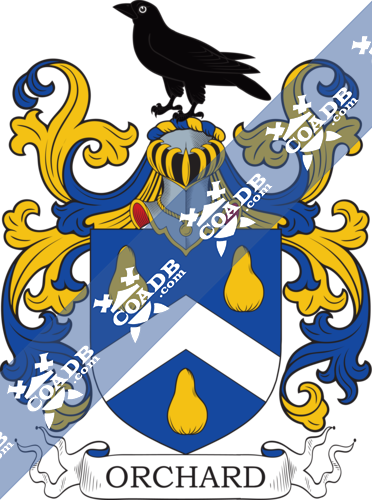 1) (co. Devon; Christian Orchard, heiress of the family temp. Henry VI., m. Sir Philip Cary, ancestor of Cary, of Cloveland, in same co. Visit. Devon, 1620). Az. a chev. az. betw. three pears pendant or. Crest—A crow sa.
2) (Hartland Abbey, co. Devon; the sisters and co-heirs of Paul Orchard, Esq., who d. in 1812, m. Morrison and Buck). Same Arms. Crest—Out of a mural crown ppr. a dexter arm couped at the elbow, vested az. adorned with three fleurs-de-lis or, one and two, the cuff turned up erm. holding in the hand also ppr. a pear as in the arms. 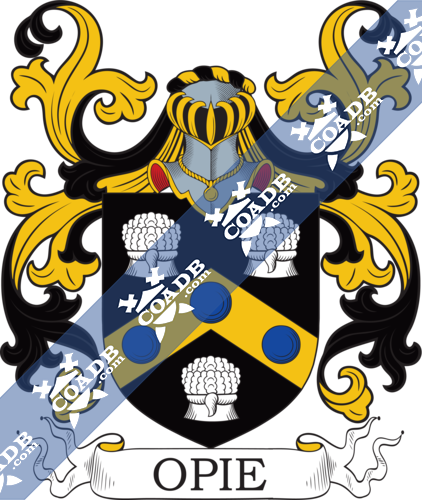 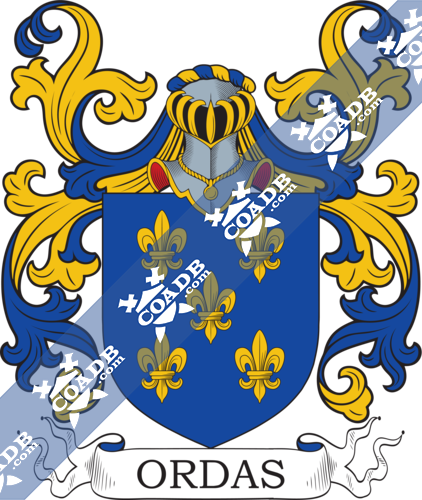