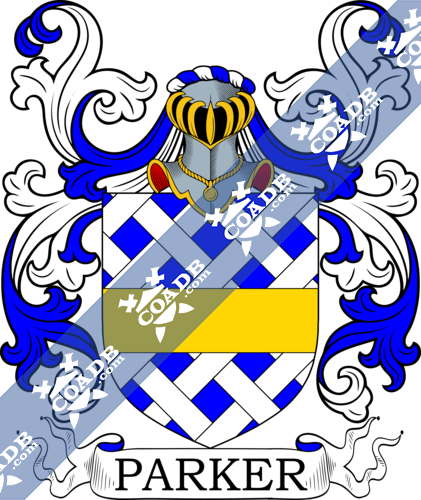 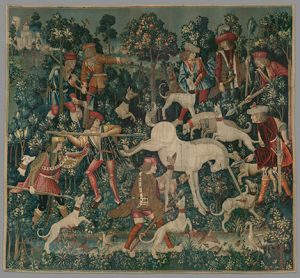 Meaning, Origin, Etymology
The surname of Parker originates from the country of France, and is an occupational surname. This surname, derived from the French words “parchier” or “parquier” which can be translated to mean “park keeper,” and is used to describe someone who was officially in charge of the hunting parks of a wealthy landowner, or of a king. This surname was said to have been introduced to England following the Norman Invasion of 1066, and appears in the Domesday Book of 1086 as one of the few entries where people have a recorded surname. The first recorded spelling of the surname of Parker was found in the country of England. One person by the name of Anschetil Parker was named in the Doomsday Book of 1086, which encompassed a survey of the citizens of England during that time. This document was ordered, decreed, and written under the reign of King William I, who was known as, and commonly referred to throughout history as “The Conqueror,” or “William the Conqueror.” King William I ruled from the year 1066 to the year 1087. Other mentions of the surname of Parker throughout the country of England include Adam le Parker, who was mentioned in the Hundred Rolls of the County of Norfolk in the year of 1273. Those who carry the surname of Parker can be found in the areas of Dorset, Norfolk, Somerset, Lincoln, Northumberland, Derby, Lancashire, Essex, Hampshire, Gloucestershire, and in and around the city of London in large concentrations. The first recorded spelling of the surname of Parker in the country of Scotland was found in the county of Perthshire. One person by the name of William le Parker, who lived in Kilmon, was named in the year 1296. Throughout the 1600’s, many European citizens were no longer satisfied with the state of affairs in their home countries. Poor living conditions, the lack of land, overcrowding, the spread of disease, and religious persecution were among the reasons that these European citizens no longer enjoyed the lands of their birth. Thus, many European citizens began to migrate to the United States of America, which at that time was referred to as The New World, or The Colonies. This large movement of people was referred to as The European Migration. The United States was the best destination for these citizens because of the promises of available land, fair and righteous governments, better living conditions, and freedom of religion. The first people to migrate to the United States of America who bore the surname of Parker were Nicholas Parker, his wife Ann Parker, their daughter Mary Parker, and their son Nicholas Parker, who settled in the city of Roxbury, Massachusetts in the year of 1633. Captain George Parker landed in Boston, Massachusetts in the year 1635. In the 1800’s, people began to migrate to New Zealand and Australia. The first person to bear the surname of Parker in Australia was one Henry Parker, who was a convict from Middlesex, England, who was transported to New South Wales, Australia aboard the ship named the Almorah, in the year 1817. Samuel Parker arrived in Wellington, New Zealand in the year 1840. 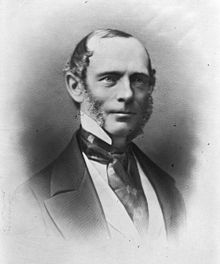 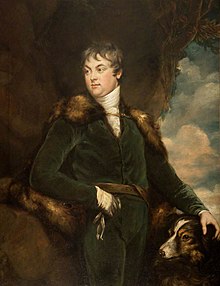 PARKER OF CLOPTON HALL.
Parker, Windsor, Esq. of Clopton Hall, Suffolk. M.P. for West Suffolk sinco 1859 ; J.P. and D.L., High Sheriff 1854, and Major West Suffolk Militia, served at the siege and capture of Bhurtpore, 1825-26, was Aide -de -Camp and Interpreter to Field-Marshal Viscount Combermere, and Major of Brigade to the troops in Malwa and Lucknow, 1829-36, b. 1802 ; m. 1830, Elizabeth Mary, dau. of Gen. Alexander Duncan, and has, with other issue, Duncan, b. 1834; m. 1877, Margaret Fanny, dau. of the late Henry Le Hemp Cocksedge, Esq. of Drinkstone House. Suffolk. Major Parker is eldest son of the late William Parker, Esq. of Ilardwieke, co. Gloucester, by Anne his wife, dau. of William Windsor, Esq. Seat—Clopton Hall, Rattlesden, near Stowmarket, Suffolk. 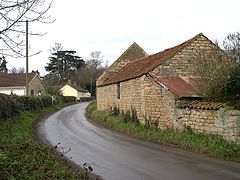 PARKER OF SWANNINGTON HALL.
Parker, John Robert Theophilus Hastings, Esq. of Swannington Hall, Norfolk, J.P. and late
Capt. in the West Norfolk Militia, b. 1823; m. 1858, Elizabeth Rachel Rosalie Dorothea, only child of the late Major Randall, of Swannington Hall, by Rachel his wife, dau. of the Rev. Christopher Harvey, D.D., of Kyle, co. Wexford. The manor of Swannington has descended to Mrs. Parker in a direct line from the Bladwells, Lords of the Manors of Morton and Swannington 1549, temp. Edward VI. Mr. Hastings Parker is eldest son of Henry Parker, Esq., Capt. R.N., by the Lady Frances Theophila Anne his wife, eldest dau. of Hans Francis, 11th Earl of Huntingdon ; and grandson of John Robert Parker, Esq. of Green Park, Youghal, CO. Cork, by Catherine Uniacke his wife, of Kermincham Hall, co. Chester. Mr. Parker claims to be representative of the ancient baronies of Morley and Monteagle (in abeyance) as descended from a brother of the last Lord Morley, who passed over to Ireland about the middle of the 17th century. Seat—Swannington Hall, Norwich.

PARKER OF WARWICK HALL.
Parker, Thomas Holme, Esq. of Warwick Hall, Cumberland, Lord of the Manor of Warwick, J. P., D.L., High Sheriff 1873, Capt. Westmorland and Cumberland Yeomanry Cavalry, b. 15 March, 1842; m. 28 July, 1864, Amy Mary, dau. of Rev. James Butler, D.C.L. Oxon, of Burnley, co. Lancaster, and has had issue, I. Percy Thomas Holme, b. 4 May, 1805; d. 1873. II. Blaurice Holme, b. 25 March ; d. Aug. 1806. III. Cyril Robert Holme, b. 7 Nov. 1869. I. Agnes Amy Mary.
Lineage.—The manor of Warwick was given shortly after the Conquest, to Odard, Lord of Corby, and his descendants continued to inherit, by the name of De Warwick or Warwick, until 1778. The manor afterwards passed to the Parker family. Thomas Parker, Esq. of Warwick Hall, High Sheriff Cumberland 1828, made great improvements in the estate am seat of Warwick Hall, described in Lyson’s History and Antiquities of Cumberland as “An elegant structure of re freestone; the grounds arc elegantly disposed, and the river Eden, which flows through them, has its banks neatly laid out.” Christopher Parker, Esq. of Warwick Hall, m. 2 Oct 1806, Mary, dau. of John Chadwick, Esq. (d. 15 Jan. 1814) and d. 28 Feb. 1838, leaving a son, Robert Holme Parker, Esq. of Warwick Hall, m. 12 Feb. 1840, Elizabeth, dau. of John Richardson, Esq. of Nunwick Hall, Cumberland, by whom (who d. 27 June, I858) he had issue John Richardson, b. 24, d. 26 March, 1841. Thomas Holme, his heir. Annie. Mr. Parker d. 12 May, 1847, and was s. by his only survivor son, the present Lord of the Manor. Arms—Az., two bars gemeos arg. between three buck: heads erased or, all between two flaunches of the last. Crest- A cubit arm vested vert cuffed arg. holding in the hand the attire of a stag and a bow and arrows saltire wise all ppr. Motto Virtutis alimentum honos. Seat— Warwick Hall, near Carlisle.

Descendants of Nathanha, Pirripuri and Winnie
The Parker family are descended from the brothers, Ginger (b. Abt 1908) , Horace (b. 1910), Jonah, (b. 1918) Herbert (b. 1921), and Wobby Parker (b. 1924). Herbert had six children between 1942 and 1959, Horace had fourteen children and Wobby had eleven. Horace states: ‘My mother was a full blood, she was known as Whitehead her Aboriginal name was Payung and my fathers name was George Parker, Mandu [b.1875] . My father’s father name was Pirripuri [b.1850] . My father’s mother was Thanpanha [b.1860] . My mother’s mother was Thuranha an d my mother’s father was Nathanha. O’Connor describes Horace’s mother, Whitehead, as ‘a northern Pandjima woman’ (O’Connor 1991:26 ). Alan Dench recorded the names of the Parker brothers ’ father and grandfather in a statement by a Banyjima leader translated from the Banyjima language: All of these Marntiyarrangara of this name – my grandfather, Herbert Parker’s grandfather, the father belong to them, my father, my uncle [Jurlu – layi, jurlu – rla marntiyarrangara nyiya yini, Wirrilimarra , Pirtupiri , Marntun ha , Pilypangkanpangu , Pirtanganpangu ], In this hill, on the top of the Hamersley Range, they were the boss of what’s left behind, us little fellas [ Nyiyangka marntaka pirturula Karijinila pantiku maatha ngajupantharriku kupijarriku ]. The statement infers that ‘Pirtupiri’ (Pirripiri) was a contemporary of Wirrilimarra who was born in about 1860, and the two families held the same rights to country in the Hamersley Ranges (Karijini). Horace’s brother , Wobby Parker , stated: ‘Father to Whitehead was buried at Stonehut (Joombunna). He was Banyjima. He belonged to Cowra through Mulga Downs. In acknowledging a different father to his brothers, Wobby added: ‘I’m not really a Parker. I’m a Coffin. Wobby’s son explained that the distinction is important in ceremonies as it gives their branch of the Parker family authority as representatives of a separate lineage. According to this interpretation of the genealogies, the apical ancestor of Wobby’s children would be Winnie, the Banyjima woman who was the mother of Sam Coffin [b. abt 1893] .

Mottoes
Fideli certa merees. To the faithful there is certain reward.
Non fluctu nec flatu movetur. He is not moved by either wave or wind.
Quis prohibeat sperare meliora? Who can forbid to hope better things?
Study quiet.
Try.
Veritas vincit. Truth conquers.
Virtutis alimentum honos. Honour is the food of valour. 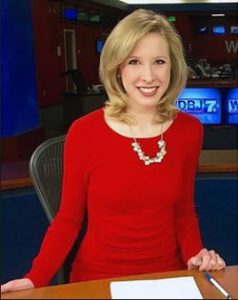 Notables
Alison Parker (1991-2015) who was a reporter for the CBS affiliate called WDBJ-TV who was killed on camera, during an on air interview with her cameraman by a former employee of the company
Branford Parker, American director and writer, known for We the Roses (2016) and The Opera Game (2017)
Eugene Parker (1956-2016), American NFL sports agent of Deion Sanders, Emmitt Smith and many others, ranked 45 in the Sports Illustrated list of the top 101 most influential minorities in sports
Everett Carlton Parker (1913-2015), American media activist and ordained minister of the United Church of Christ
Jeffrey Lee Parker (1964-2017), American professional ice hockey right winger for the Buffalo Sabres
Jimmy Dale “Red” Parker (1931-2016), American head football coach at Arkansas A&M (1961-1965)
Lizette Parker (1972-2016) who was a politician and social worker from America, and who served as the Mayor of Teaneck, New Jersey from the year 2014 to the year 2016
Mary Evelyn Dickerson Parker (1920-2015) who was a politician from America, and who served as the Louisiana State Treasurer from the year 1968 to the year 1987
Naomi Parker Fraley (1921-2018), American war worker and waitress from Tulsa, Oklahoma, believed to be the model for the iconic “We Can Do It!” poster in 1943 in which she was called “Rosie the Riveter”
Royal Parker (1929-2016), stage name of Royal Pollokoff, an American television personality 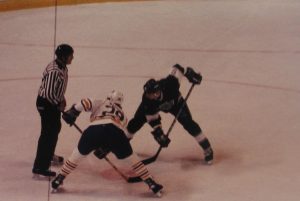 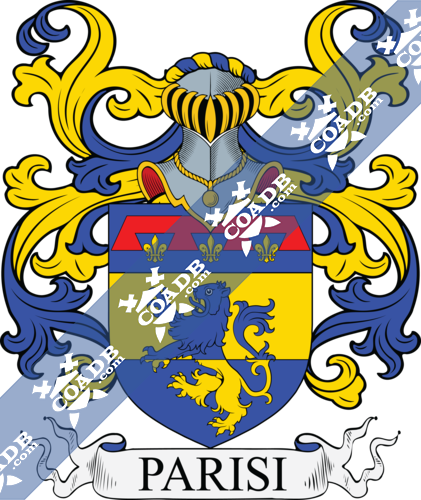 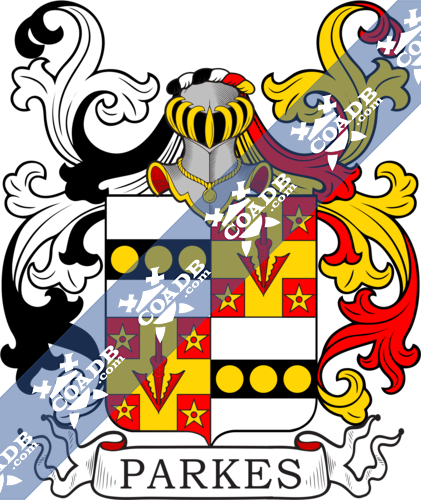